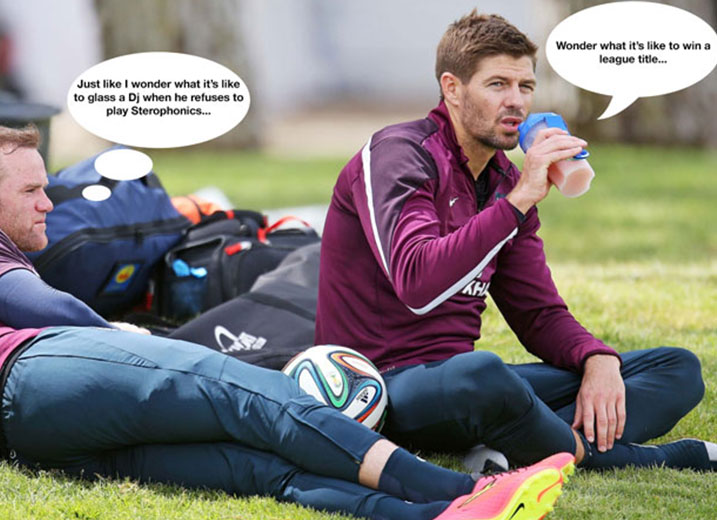 With a 3-1 win over Preston, Manchester United reached the FA Cup quarter-finals for the third time in five seasons and meant that the Reds will host Arsenal at Old Trafford for a trip to Wembley.

At the same time, Liverpool have continued to progress in the competition also and will take on Blackburn at Anfield.

In my eyes, that isn’t a problem. They can have the FA Cup, so long as we get a spot in next season’s Champions League.

I know some people will say “why can’t we have both?”, and there is no reason why we can’t aspire to claim both this season. We’re in a great position in the league in third place, allbeit with some tough fixtures to play and if we progress past Arsenal at Old Trafford then we’ll be arguably the strongest team left in the competition if we aren’t already.

My point is that we shouldn’t let our hatred of Liverpool and Steven Gerrard in particular cloud our judgement. Top Four has to be the priority over winning the FA Cup.

Another year without Champions League football would be disastrous. There would be genuine worry about the future of the club from players around the world, unlike last season. One year is a blip, but two in a row?

Add to that the current stars at the club. Players like De Gea, Di Maria, Mata, Blind, Rooney, van Persie and Januzaj are all more than good enough to feature regularly for Champions League sides. A second season out of Europe’s elite competition would surely see most, if not all of them, look for their next destination. If that was to be the case, Van Gaal would surely struggle even more next season with everybody else around us likely to strengthen further.

The FA Cup is a great competition and something that I wish, personally, that the club took more seriously on a more regular basis. The fact that it has been eleven years since our previous triumph in the competition is incredible but I’d happily keep that drought going if it meant returning to Europe.

The Champions League has to be the priority this season and despite Van Gaal publicly claiming that the FA Cup is “priority number one” for his side this year, I hope that the hierarchy at the club feel the same way regardless of Steven Gerrard’s send off from Merseyside.