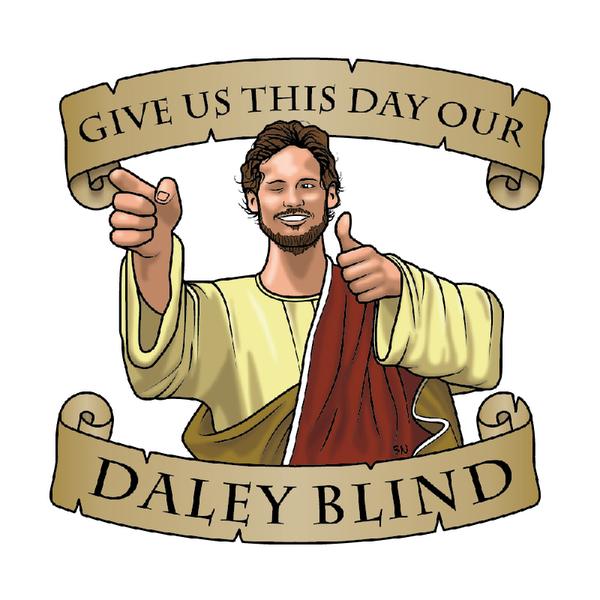 Louis Van Gaal read a moving and pertinent snippet from ‘The Pride of football’ at last week’s fantastic tribute to the Busby Babes:

“You are the strengths and inspirations for those who play your roles today. We look for pace and passion to play the United way.”

When you heard those words come out of the mouth of a man with such a track record and CV, you are inclined to listen and take notice- it gives you great belief. I’m sure we all made note of the final extract in particular, as it seemed that Van Gaal’s education course in the aforementioned ‘United way’ was starting to drill home.

However, the long-lasting staple diet of pace and verve that was the abiding cornerstone for much of our modern-day successes is only sporadically showing its pretty face, but not often enough for our liking presently. There is still an unwelcome turgidity about our play, for the attacking riches of di Maria, Januzaj, Rooney, Van Persie and Falcao to look discernibly docile in the first half certainly does not ring true to this seemingly Utopian ‘United way’.

We all woke up on Sunday morning knowing we had a massive opportunity to apply some pressure on city, after they busted everyone’s coupons on Saturday. For United’s name to be dragged through dirt week in week out- be it a supposed Sunday league defence, comparisons to our favourite trier Moyes and the general consensus being we are struggling despite only one defeat in seventeen- had we triumphed at Upton Park we would only have been 3 points behind the much lauded neighbours.

We let them off the hook and another chance to close the gap at the top has gone abegging. I can accept that this West Ham side is probably the best they have had in the Premier League era, but we have a very commendable recent record there, it’s a ground we have enjoyed visiting. However, we slipped into this all too familiar annoying tendency of looking ropy and clinging for dear life on the road, against teams we really should not be playing second fiddle to. West Ham could easily have been out of sight by the interval, were it not for big Dave (yet again), we could have been staring down the barrel.

Anyone else snigger in the hypocrisy that Sam Allardyce came out with after the game? If you haven’t seen, he made a farcical accusation that we are a long-ball team! Effing rich coming out of his mouth. You’re telling me that if Andy Carroll had been fit his team would not have played that way as their Plan A? He has also conveniently forgotten how his side played at OT after Wayne Rooney had been sent off. Putin’s assault on Ukraine looks mild with the amount of missiles Cresswell and Jenkinson were launching into our box. Allardyce just couldn’t handle the fact we had a very potent Plan B and he was outdone at his own game. If you’ve got such a dominant aerial presence as Fellaini, you play to his strengths. Simple.

It is just hugely frustrating because we are not THAT far away from clicking. When it seemed that we had lost the classic United traits on the day, there were signs of rediscovering that old self as the game progressed. But why do we always need a shot in the arm to start playing? The manner in which Kouyate was allowed to take THREE touches in the box unchallenged was inexcusable, and although it was earning rave reviews, it was a terrible goal to concede. The right system is in place now at least, however we are still somewhat square pegs in round holes.

This trial period of Wayne Rooney in the Paul Scholes role needs to be crossed out of the bright idea section of Van Gaal’s notepad. Newsflash guys, he is NOT Paul Scholes. Not now by all accounts. The indisputable reality is that he is being wasted in this deeper role, especially when RvP and Falcao are giving such minimal output. Rooney cannot affect the play from the quarter-back role, I know where the opposition would rather see him and we are playing up to their wishes. That is a role you play to save your legs and conserve energy as the years go on, but Wayne Rooney is far from over the hill. I want to see the old Rooney, the in your face, angry Rooney who affects the game in the areas that matter. It seems like he is playing within himself, but it is not even for the greater good of the team. I’m all for him preserving his career there say in two or three years but not as captain and still with a lot to offer. We need him influencing the game, harrying defenders and giving us energy and work-rate from the front. The quicker Van Gaal sees this and makes the change accordingly the better.

The cold, harsh facts were a United midfield worth around £100M were outran and outfought in the first half by an ageing Scouser, a youth product and a loanee consigned to the Barcelona scrap heap and it took us 41 minutes, a speculative di Maria effort from range, to merely register a shot on target. There is so clearly a lack of balance still in this side, which makes Ander Herrera’s prolonged and continued shunning, despite doing no wrong, all the more puzzling. He gives a creative spark, an injection and the balance that we currently lack. He would allow Rooney to be pushed into his more threatening and niche position at number 10 or even up front, meaning one of the maligned strikers, although currently surviving the chop on previous reputation, would not be afforded that luxury.

It’s just not happening for Falcao at United is it? There are shades of another popular South American with an alice band, in that his qualities may not be best suited to the rough and tumble of the English game. Even though he made the Scousers cry, it was not meant to be for Diego Forlan at United, it could be a similar story for Falcao too. The creme de la creme on his day, who found it difficult to adapt to Premier League life. Which is a crying shame, as I don’t know anyone who wants to see his spell go up in smoke. His graft and endeavour can not be faulted whatsoever, but for him to vindicate such a massive overall outlay he surely has to gobble up the sort of chance he spurned in the second half. The back of the net would have rippled with the Falcao of bygone European ventures, it would have been a formality.

Jorge Mendes, as is his scheming shrewd self, is talking up his client saying that he would have flourished under Fergie and he will playing for a top side regardless next season. But it is looking increasingly unlikely that Mendes will be laughing to the bank with the Colombian’s name on our cheque or that United will shell out for a man who turns 29 on Tuesday. A sticky predicament for Woodward and Co would be whether that impacts on De Gea’s contract talks. Sunday just proved that De Gea is priceless to us right now and securing his signature on a fat contract to ward off Real’s advances, albeit for now, is arguably just as critical as Van Gaal’s summer shortlist for another transfer splurge.

It does not sit well with me to say that was a point gained, after knowing what could have been this weekend. It does show how times have changed during this period of transition that we are commending a hard-earned draw at West Ham. However, given how painful it was to watch sometimes and they could have been out of sight at half-time probably meant we were rather fortunate to escape East London with a share of the spoils.

A bit of perspective would be that both Liverpool and city have fallen foul at Upton Park this venue. It has become a difficult venue to secure maximum points but to safeguard our top 4 ambitions we really need to convert some of these away draws into full reward. The spirit, resilience and refusal to accept defeat has to be commended though, even if the seventh away draw was ultimately another frustrating one and a missed opportunity.

Another week brings another chance as they say, onto Burnley at OT on Wednesday, where a response is needed. The fans, despite the Metrolink debacle, will be on their game. Hopefully the players will follow suit and get us back on track.