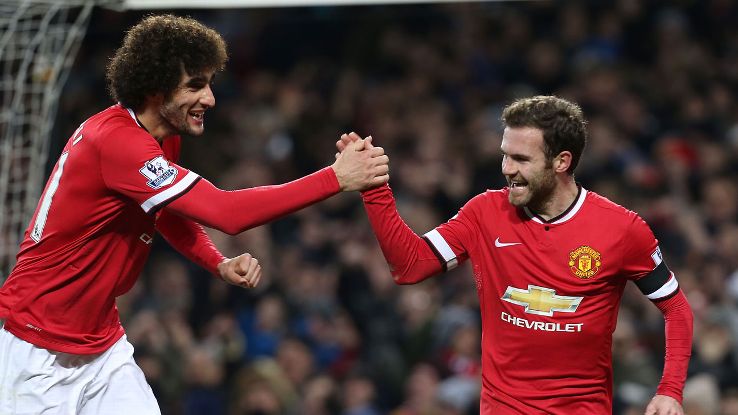 This is only the second ever midweek rambling. We NEED midweek games back at Old Trafford post haste. Not only for the buzz of OT under lights, but you will be hearing more from me! Don’t all cheer at once…

‘There was only going to be one winner on the night’ is never normally an ambiguously worded sentence. Apart from Tom Elliott missing his chance of a liftetime to shock the football world and give the minnows the lead in the first minute, the aforementioned adage about one winner was never seriously tested in terms of the result at least: Once Juan Mata broke the deadlock, you could sense the floodgates had the potential to be opened and our League 2 opponents had the wind taken out of their sails.

So why was there an underwhelming cloud of indifference as we marched into the fifth round and a trip to Deepdale? Why were Cambridge considered the victors even though their dreams were dashed?

There are a few reasons to explain the general feeling of ‘meh’. This was a game where United could not come out with any discernible credit: we take them to the cleaners and give them a battering the argument is ‘well you’re United and your riches should be dismantling cannon fodder in its path’. Win as we did on the night and it’s more like ‘job done’, anything less speaks for itself and the media would have a field day reveling in the moment. Wait, don’t they do that anyway at the slightest hiccup?

With the game all but over by half-time, we were all hoping that we would smell blood and go for the kill and really emphasise the difference in class. You could half understand why Van Gaal told his players to kill the game on Saturday, after the inexplicable collapse at Leciester, lightning was not going to strike twice. But against Cambridge, who were not even showing the slightest semblance of lodging a comeback of Lazarus proportions, you would expect United to really put on a show and go for the jugular. Van Gaal pinpointed RvP missing 4 chances but it seemed a bit like going through the motions. I can’t even remember the last time United properly obliterated a team dominating from start to finish, Moyes 5-0 in Leverkusen? That is too long for a team like ours. We are United. We are a team that has set very high standards down the years and once you detour from those levels and settle for ‘job done’ it is not something that is easy to become accustomed to. We have a household chant, ‘we often score 6 but we seldom score 10’- that is more tongue in cheek at the minute rather than depicting reality. Which is why fans left OT a little subdued that the scoreline was not more comprehensive, we are long overdue giving someone a damn good battering.

This might just be me nit-picking- only one defeat in sixteen is something very praiseworthy indeed, as is reaching the fifth round of the cup we could/should arguably win from here. Don’t get me wrong, winning whilst not at your fluent best is one of the best traits you could possibly be equipped with, it is something that was touted as the hallmark of champions and something we made a distinctive habit under Ferguson. But I know this side is not reaching optimum levels, I know we are capable of cranking up the notches and give hidings out more consistently. That’s an exciting prospect. I just want to see us play to our VERY best, with a settled system.

At the end of the day, we have not got a better chance to end this barren spell in the FA Cup and Van Gaal recognises this. So despite the gripe about settling for what we had, the main thing is we did our job, which cannot be said for some of our rivals.

Even though an acid test of Paddy McNair’s mettle defensively was non existent last night, he was different gravy going forward and providing a constant threat with his forays forward, overlapping an unusually wide positioned Wayne Rooney. He picked up where he left off against Liverpool under-21s a week earlier, where another impressive display was rewarded with the winning goal. Being a centre-midfielder by trade means he possesses more composure at the back than the likes of Smalling and Evans. Him looking comfortable on the ball gives him a great chance of forging a good career with United. Van Gaal confirmed at the weekend that he has extended his contract, which was due to expire this summer, which has capped off a terrific rise to the first team, after being little known at the start of the season. He has leapfrogged Blackett and Tom Thorpe, long considered the more promising prospects. He has had chances and taken every one of them to date. Long may it continue too.

‘Darren Fletcher football genius’ was ringing out of the Stretford End and a song has not been sung with such meaning and heart in a while. There has been a lot of Fletch loving on Stretty News upon ending his double decade of stellar service and signing for West Brom, I would now like to pay my own tribute.

For Fletch to overcome every battle he had to contend with speaks volumes of the man and was testament to his character both on and off the pitch. Be it doubters- Keano’s famously culled MUTV criticism, fans branding him a dud because he was not those who had enduring charismas and were hard as nails on the pitch- the likes of Keane, Butt, Ince. Be it injustices- we all know how horrendous that red card in the semi-final was and how it affected our chances in the final. Xavi and Iniesta would not have dictated play so effortlessly had the tenacious Scot taken to the field. Be it setbacks- the horrible illness he suffered would have put pay to many a man’s livelihood. But, typical Fletch, he never threw in the towel, he battled back.

Fletch overcame them all.

One of the best examples a club could ever wish for, a role model, a fighter, a winner, and a gem of a being too. I had the privilege to meet the man as he was starting the long, lonely road to recovery. He gave up his time for me when others didn’t hesitate in speeding off from a reserves game. There was nothing big-time Charlie or brash about him. He talked about the game, his family, the illness, anything you would have wanted to discuss he would. A true champion and one of the most humble players to represent United I’ve ever met.

If anyone deserves a shot at reviving a glittering career and making up for lost time it’s you Fletch.

This is no slight on West Brom, but when you consider their predicament at the bottom, the pedigree and track record Fletch has and the fact they lured him to the Midlands on a free, it has to be the undisputed signing of the window.

You will be missed around here Fletch.

See you on Monday, hopefully with three more points in the bag.