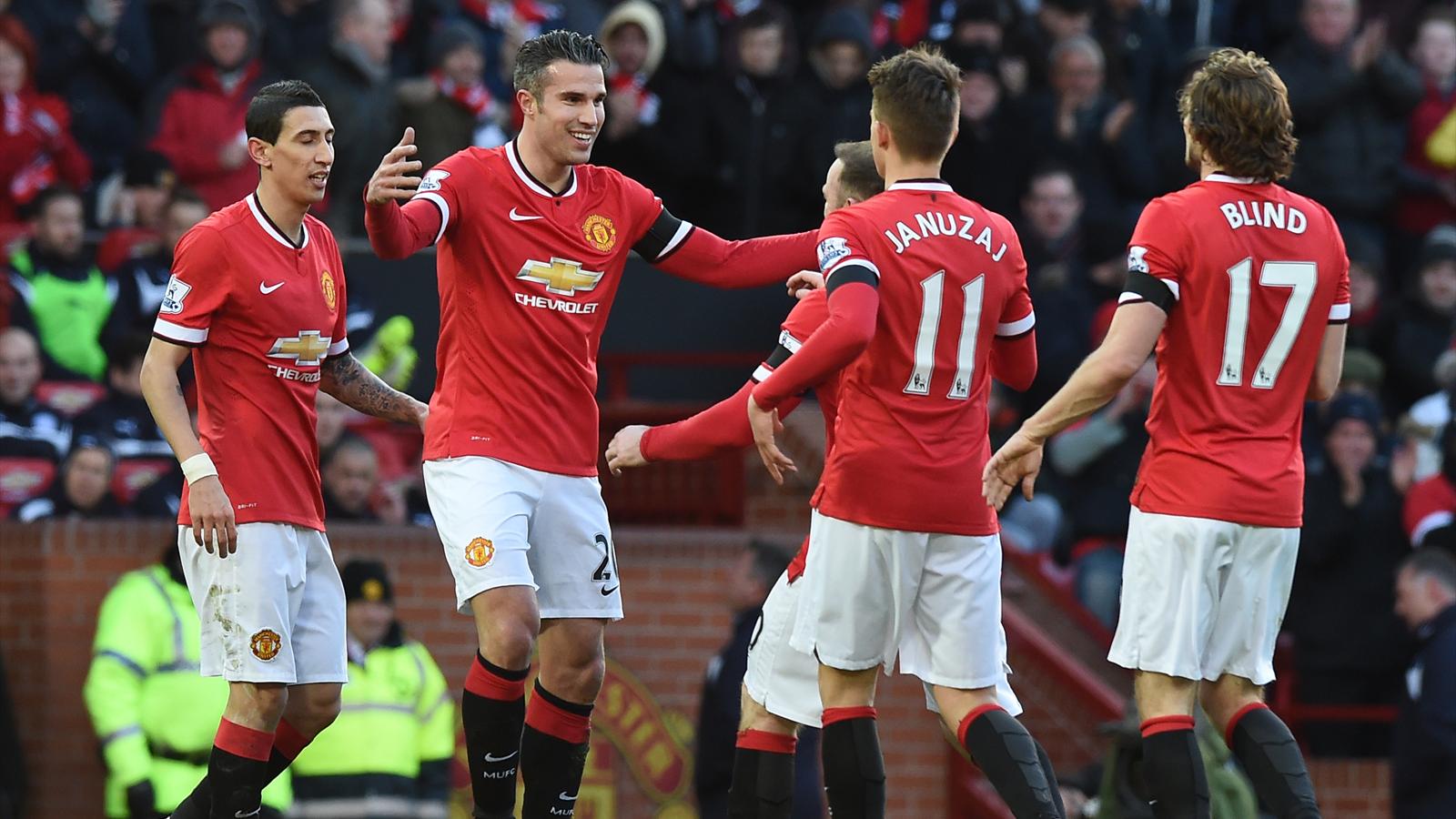 1. Daley Blind is more than just a utility player

When Blind was signed in the summer it was assumed by many that he would be little more than a continental John O’Shea: reliable, assured and able to play in numerous positions. But his performances since coming to the club show that he is far more than that. His style is more akin to that of Michael Carrick, but a Carrick with more robustness and one that is capable of more than just the odd pass sideways. His assist for Robin van Persie’s opener brought up memories of his crossfield ball that set up his compatriot’s goal against Spain in last year’s World Cup and it is a sight that we hope to see more often over the coming seasons. Blind alongside a more natural central midfielder like Ander Herrera could make up the midfield of the United side of the near future that will be looking to secure a 21st league title.

2. A return to 4-4-2 is key to United’s Champions League qualification

United’s best performances going forward this season have invariably been when Louis van Gaal’s has ordered his team to operate with four at the back as opposed to the three he has insisted upon at other times. The Dutchman first said that three at the back was a necessity due to injuries but even when the treatment room started to empty, he continually used a 3-5-2 set up. The diamond enforced from the off against Leicester is a useful starting formation due to its flexibility. When Leicester threatened to get back in the game, Van Gaal tweaked the system so that Blind had support as the lone holding midfield man from Wayne Rooney. The fact that this tweak didn’t particularly work is more down to Rooney’s lack of tactical nous when it comes to the midfield than a flaw in the formation. Too many times this season the players have looked unsure of their position in the system due to the continual swapping and changing by the manager. Hopefully he is now ready to pursue a top three finish using a system that utilises four defenders on a regular basis.

3. Adnan Januzaj’s return to form could be as good as a January signing

The Belgian’s performances last season were a big reason behind David Moyes being in continued employment at the club as late as April. But for Januzaj’s match-saving abilities, the Scotsman would have been out the door as quickly as any Chelsea manager pre-Mourinho’s return. Yet the 19 year old has found himself ousted from the team by Louis van Gaal’s star signings this term and has played in ten fewer games than at this stage last season. Van Gaal’s has commented frequently on his obvious potential and has attempted to, metaphorically, kick him up the backside after a poor start to the season. His return to the side in the last few matches has been comforting after loan moves to Real Sociedad and Everton had been mooted. On Saturday he showed real maturity and adapted well to his role in central midfield, which is more than can be said of the captain who is ten years his senior.

4. Wayne Rooney’s impression of Steven Gerrard could cost him his place in the team

Rooney’s shift into a deeper role strikes one as being Van Gaal’s way of cramming all of his best players into a first XI. Unfortunately it is to the detriment of both Rooney and Ander Herrera, the latter of whom is stuck warming the bench whilst the former would be better utilised further up the pitch. Against better opposition it may become to the detriment of United as a team too. Januzaj slotted into his role in the middle of the park at the weekend with aplomb, yet Rooney was all Hollywood-cross this and ploughing run that. Just as Steven Gerrard was at his best when working from the front, his fellow Scouser does too. The ex-Evertonian looked out of place as the deepest lying player in what was pretty much a front five and was insistent on playing an array of crossfield passes that rarely found anyone in red. His work ethic cannot often be called out, and the same went for the weekend, but work rate was never really an issue that needed addressing by Van Gaal. The Dutchman had seemingly took care of the need for a central midfielder who can both pass and run effectively with the signing of Herrera, but in a quest to keep the big players happy, he continues with his struggle to find a place for Rooney in his side.

5. A no-nonsense defender is needed if clean sheets are to be the norm

The backline had numerous chances to get rid of the ball before Marcin Wasilewski found the net for Leicester’s consolation. Nemanja Vidic would never have allowed the kind of indecision that plagued the defence in the final fifteen minutes. Marcos Rojo has been impressive since his summer move but he lacks the authority required to push the defence to keep a clean sheet even when the game is won. Even taking into account the result was already confirmed before half time, losing the second half to a side that sit bottom of the table is unacceptable and the defence must begin to hold themselves to a higher standard.