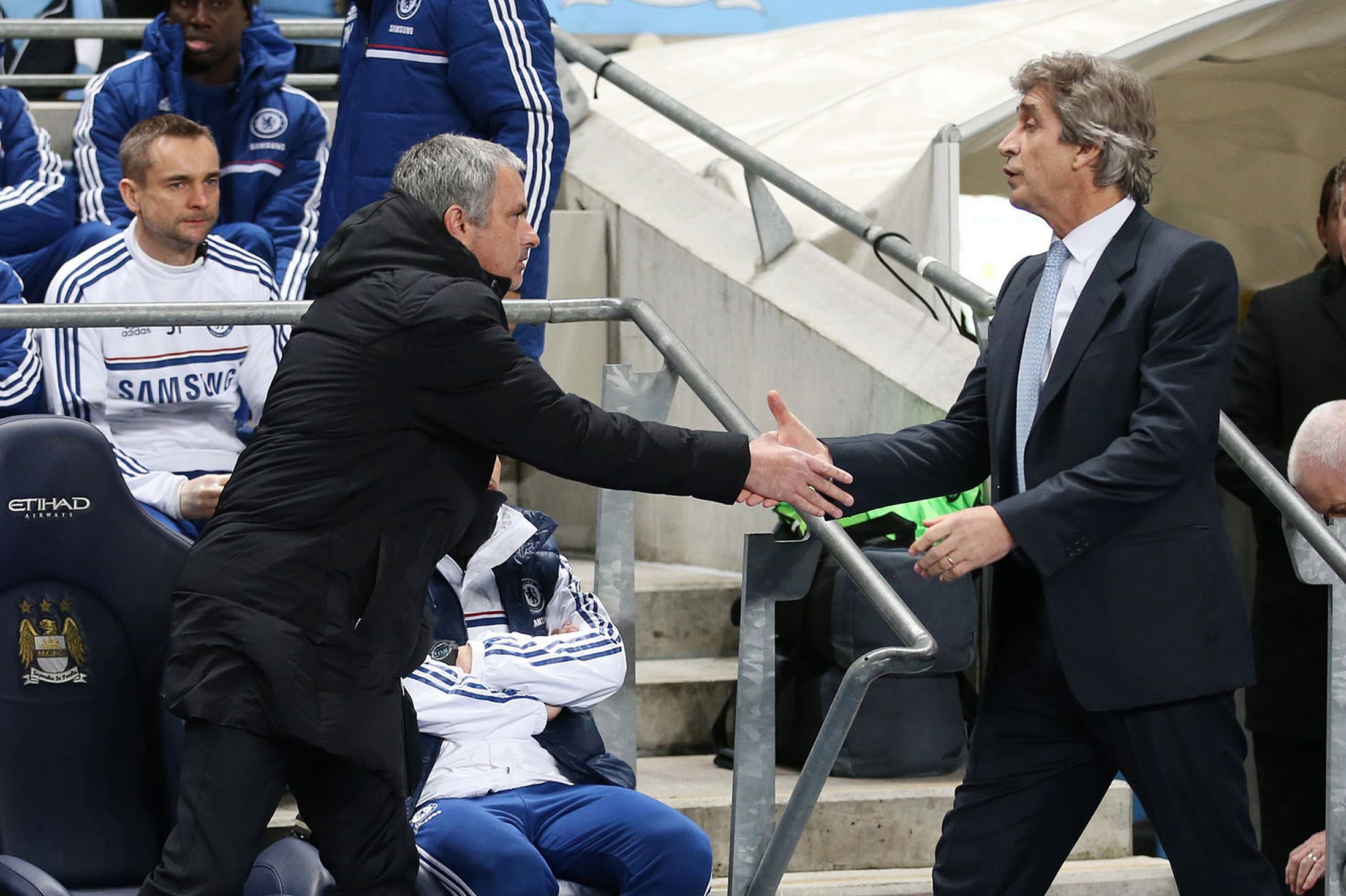 If ever there was a Friday night to go on the lash, the underwhelming stalemate at League 2 Cambridge gave us all good reason to vent spleens and drown relative sorrows.

I say ‘relative’, because what transpired the following day truly gave weight to the glorified maxim ‘the magic of the cup’. In no way, shape or form am I legislating a bore draw in a place renowned more for academic grandeur than for its sporting feats, what should have been academic was the result. These were two sides worlds apart in finance, status, pedigree, silverware but, at times, that was troublesome to decipher. That, in itself is as damning an indictment on the performance can get.

I am glad sometimes that this blog is written first thing on a Monday morning. It gives me a chance to consider everything that happened in a more measured manner, ranging from my own personal interpretation on proceedings to how the ‘experts’ saw it. Did anyone else also really want to jam Shearer’s fingers in a vice?

Joking (or am I?) aside, this would probably have been a full blown tirade had it been written immediately in the aftermath on Friday, that’s what the cool kids do on a Friday night apparently. All sorts of sour thoughts were running through the grey matter inside my bonce- ‘De Gea’s gonna foxtrot oscar isn’t he?’, ‘What on earth is this philosoffee?’

I will still touch upon these subjects, but Saturday’s events gave me in particular some much needed perspective ahead of writing this piece.

So the ‘magic of the cup’ chime still has a semblance of legitimacy. In David vs Goliath encounters, the underdogs characteristically raise their game mulitple fold so they can give themselves the best possible chance of getting a credible result. They run harder, try harder, compete harder, because they can seldom ‘out-football’ a team divisions above their standing. They make it a battle, because they know they will win half of bit based on the miles clocked and the sinews stretched. An eye-watering replay at OT is more than just ‘credible’ for Cambridge though, it’s world changing potentially.

When Van Gaal brought out the exhaustive excuses list I thought ‘just man up and say that level of performance is entirely unacceptable for Manchester United’. The tight pitch? We beat QPR in similar terrain a week earlier. A bobbly pitch? All grounds this time of year have a certain amount of wear and tear and should not be alien circumstances. The direct approach from the opposition? Be it Crouch, Pelle, Zamora or even Tom Elliott, that has been the default modus operandi for all our opponents in 2015, we should not be unfamiliar with this ‘style’. The referee? We’ve had sweet f-all from them all season so nothing changes. We haven’t had a single penalty all season, we must be the only side, so we should take that losing battle out of the equation and take care of our own business. You cannot resort to these inconsequentials when the performances are not up to scratch. Although the conditions do play a part, they are not the overriding determiner of a result. The cold numbers bear it out- a team worth £250M+ could not beat a mid-table League 2 assembled together for not even a dime. Major improvements are needed.

A few things bugged me on Friday. Firstly, who on earth conjured up the Phil Jones whipping in corners masterplan? Give me strength, seriously? His distribution is, to be frank, one of the worst at the club in recent times. You see the strife he has trying to play out of the back, he struggles with the bare minimum basic of being able to comfortably pass the ball. And you expect him to provide the ammunition from dead ball deliveries? Words fail me. Especially with the likes of Carrick, di Maria, Januzaj on the pitch, it beggars belief.

Duncan Edwards really would be turning in his grave, bless him, at the utterly erroneous comparison Fergie made in 2013. I think he’d already been on that post-match champers when we clinched the title against Villa. Did Dunc pull as many facials as Joneseh? Please let me know.

It may look like I’m picking on our favourite gurner, but it’s with good reason. On more than one occasion he lumped the ball long and straight out. Falcao stood there hands on hips looking royally fucked off with the lack of service. Can you blame him? We are not playing to his strength, in fact our strength, namely quality wing-play with lots of delivery for him to attack. He’s your old-fashioned predator, like Ruud: put it in the box and he will invariably score. You saw how alive he became when he was fed by Carrick and was only denied by some top keeping, the spin and shot was electric yet this is the scarce mode of attack. Doesn’t help matters when Ecuador’s king of pinball is keeping up that reputation with his hit and hope deliveries from the right. The service is, technically put, piss poor and Falcao is branded the flop? If he was in a Chelsea or city shirt he’d get sack loads, because their service is on the money.

*Broken record klaxon*. Ander Herrera. His continuous omission remains a complete mystery to me. You saw after his introduction, he livened up the tempo, he quickened the passing, he gave us cutting edge, none of this side to side malarkey. Has he ran over Van Gaal’s cat? I honestly do not know what more he can do to get a gig right now. Does Van Gaal not fancy him? The fact he vetoed a move for Toni Kroos and gave his approval for the deal to be signed off would say that’s hogwash.

Here’s how I would fit Herrera into my team:

That approach saw us decimate QPR and Hull at home and should be the default. With that back 4, all are comfortable playing out of the back, Blind offers extra security as the anchor, Herrera and di Maria provide energy and pace from the right and left of a diamond, Juan Mata or Rooney can weave magic from the No.10 role. That is my utopian XI that I would play week in week out. It probably couldn’t be more further from the current reality, but that is my philosoffee, and what do I know?

Rojo is really impressing me incidentally. I know he has his doubters, people yet to be convinced by him yet but the early signs for mine have been really positive. As someone wrote on the Stretty FB page, he would probably kick his own grandmother. I am not condoning domestic violence with this next statement but what an effing good trait to have. Our backline is bereft of a leader after Vida and Rio went, but there is a steel about Rojo, and South Americans in general, that sets them apart. They can handle themselves. He might lack a bit of stature, but he’s not afraid to dish it out, he actually relishes the physical side, something that is not a given with our other centre-backs. I see him as a leader elect back there, he’s the right age and only going to get better. I know there will be some dissidents to this Rojo praise, but you know how you immediately take to some players through the effort they put in? Rojo, like Falcao, is in that bracket. I love players who wear their hearts on their sleeve.

I see signor Mata has lauded the team’s current style of play, saying it’s ‘attacking’. Again the stats say otherwise, three 0-0’s in the last 6 games, which has only yielded FIVE goals. And two of those took a long time coming against League 1 Yeovil. It is hardly edge of the seat stuff at the minute and it’s not like we are peppering the goal with attempts.

Time to stop that trend starting with Leicester at OT on Saturday. ‘Revenge’ is rather cliched in footballing terms, but a good hiding is overdue after the shit-storm at their place. That day still wrangles- Rafael’s idiocy in taking the bait, the dive for the pen, the implosion that ensued, an awful day. We need a response, we need goals.

I’m off to Leigh Sports Village in a bit, Liverpool are in town. It’s always good to get one over them regardless of level or age so we will be hoping for some Scousebusting later.

It will be interesting to see what sort of team Warren Joyce selects, especially after the seniors at Cambridge in terms of regaining sharpness and fitness. Rumours were Herrera might feature, and even a loosely termed ‘swansong’ for Fletch.

We are still in the hat for the FA Cup, inexplicable wording on Friday, sound judgement on Saturday.

From laughing stocks to favourites…