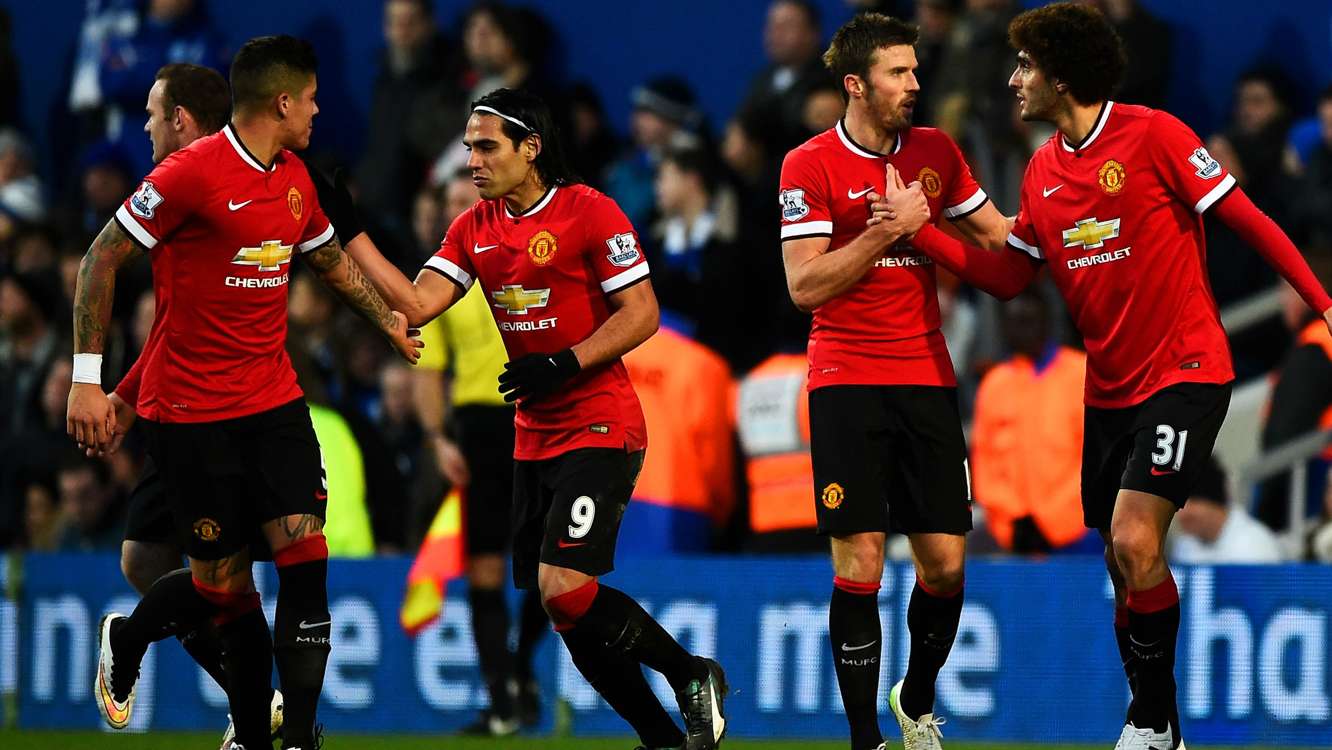 Louis Van Gaal’s Manchester United piled further doom and gloom on Queen’s Park Rangers and it looks like Harry Redknapp’s job might well be on the line. There had been murmurs of a potential sack earlier in the season too, however, this time they carry much more steam than they did before.

Van Gaal’s stubbornness to stick with a 3-5-2 formation was exasperating and confusing to say the least, and his perseverance drew the ire of the travelling supporters as they time and again chanted through the course of the first half, ‘4-4-2’.

And when United did switch to a back four, the reward couldn’t have been more solacing. Although, the Old Trafford outfit didn’t enjoy the best of starts with Rooney and Jones misplacing passes on a couple of occasions within a span of 20 seconds in the opening five minutes – the tinge of nervousness which accompanies the controversial 3-5-2.

Quite contrastingly yet expectedly, QPR indulged in their own style of play knitting small yet slick passes, thereby piling pressure on the already stuttering United back-line.

Charlie Austin could’ve given QPR a lead as he volleyed a venomous, dipping shot from 30-yards out only to be denied by the magnificence of David De Gea who got enough on the ball who turn it over the crossbar for a corner.

The Red Devils for their part could’ve opened the scoring in the first 15-minutes of the encounter, after Mata picked out Falcao brilliantly with a delightful angled delivery from the left flank.

The Colombian, who endured a rather frustrating outing, handled Mata’s cross with deftness, however, he couldn’t keep his left-footed volley grounded which helped Robert Green’s cause, with the Englishman making a good save to deny United the lead.

Both the sides battled it out for the remainder of the 45-minute period but couldn’t carve out a clear-cut opportunity which could have given them the all important advantage.

Van Gaal switched things around at half-time with the introduction of Marouane Fellaini in place of Juan Mata, who had a yellow card to his name for committing a reckless challenge on Joey Barton. Nevertheless, the Dutchman preferred to stick with his 3-5-2 formation which saw Angel Di Maria partnering Falcao in attack.

The former Atletico Madrid striker missed another pivotal opportunity to put United in the early stages of the first half. Di Maria drifted away from his designated position onto the right flank and delivered a delicious cross into the box which fell perfectly for Falcao – only for the Colombian to direct his header close to Green’s body who denied the striker for the second time in the match with an outstretched arm.

Van Gaal made another tweak to the starting line-up by replacing a hapless Jonny Evans with youngster James Wilson and boy it proved to be an absolute master-stroke. Soon after the introduction of the 19-year old, United reverted to a back four and were consequently successful in breaking the deadlock a mere minute later.

Rooney picked out the marauding Antonio Valencia who cut the ball back to Fellaini from the right flank into the box, and the Belgian drilled a composed finish past Green who could only manage to watch the ball sail over him.

United could have doubled their advantage minutes later after James Wilson backed up a superb run down the right wing with a perfect pass for Falcao. You would have expected the Colombian to calmly slot the ball home wouldn’t you? Instead, Caulker got the slightest of touches which was enough to see the ball slip away from the strikers path – a third opportunity for the Colombian.

QPR though were in no moods to give up and tried their level best to salvage a draw for the remainder of the match. A  mixup between Michael Carrick and Marcos Rojo allowed Vargas a run at United’s goal. Instead of passing the ball to Austin, the Chilean continued to go on only to get crowded out eventually.

Soon after, 3 minutes into stoppage time, United sealed the affair after Di Maria’s pass was picked out by Wilson who unleashed a powerful shot with his left foot which was blocked by Green. However, the starlet reacted quickly to collect the rebound and steered the ball into the back of the net to put the result beyond any doubt.

It was a hard earned victory for united and you could sense a blossoming attacking partnership between Falcao and Wilson. The youngsters pace matched with the 28-year old’s skill proved to be a lethal combination for Rangers to deal with, and the signs were there for all to see.

Louis Van Gaal’s perseverance to stick with a back three continued but didn’t pay any dividends. A back four is where United look more comfortable and that’s the way they should set up. All in all, a hard-fought yet deserved victory at Loftus Road.