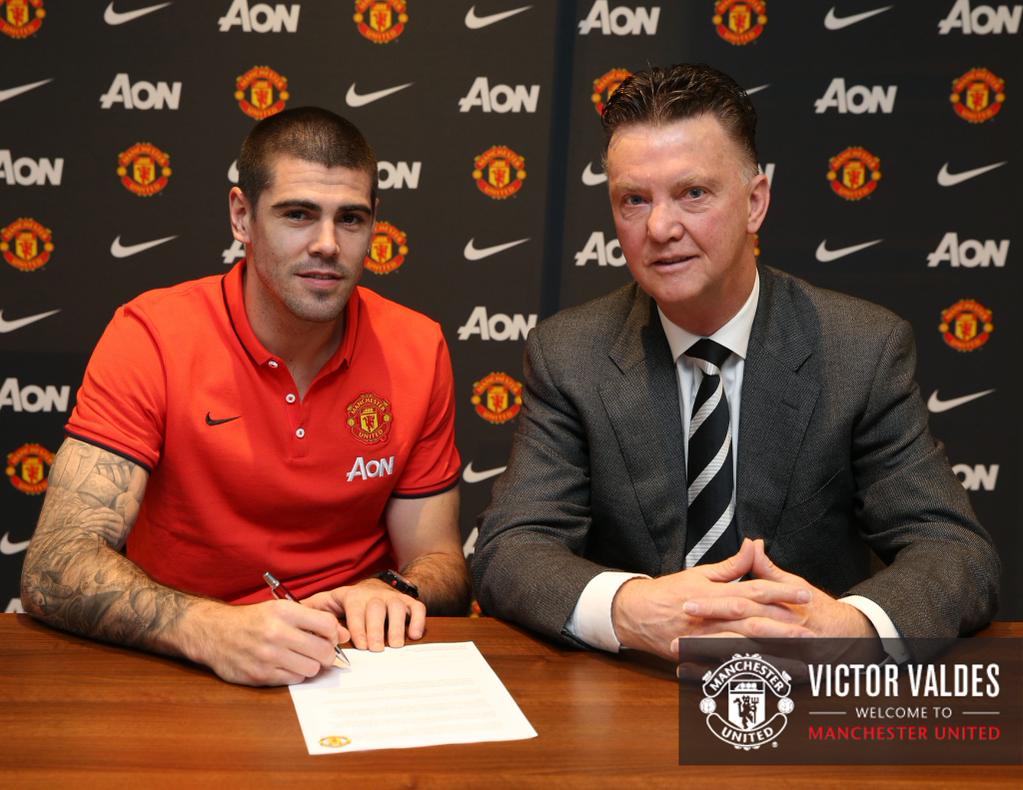 Manchester United officially announced the signing of Victor Valdes on a 18-month contract Thursday evening after several months of speculation.

It was only a matter of time before the announcement came but Valdes did flirt with the idea of joining Liverpool prior to the summer transfer window closing. The deal fell through when the Spaniard decided against joining the Merseyside club after coming away unimpressed with their set-up.

A kick in the teeth when you look at Liverpool’s current goalkeeping options.

Speaking of Liverpool and goalkeepers, Brendan Rodgers got rid of Pepe Reina in the summer, a keeper that believes Valdes is the greatest in Barcelona’s history. Compliments like that should not go unnoticed and I, for one, cannot recall United having a better second choice, moving Anders Lindegaard down the pecking order and possibly through the exit door this month.

Valdes is understood to have a good working relationship with van Gaal. The Dutch manager initially brought him through as his No. 1 at Barcelona under the guidance of Frans Hoek, whose current position is goalkeeping coach at Manchester United.

Where does this leave David de Gea’s contract situation? The same place. A work in progress. Hopefully talk of Tim Krul being another target is bollocks. It will be difficult keeping two goalkeepers of this level happy never mind three.

However, I’m not saying Krul is anywhere near the level of de Gea or Valdes but he is a regular starter, and I don’t want the club trying to come up with excuses for allowing Dave leave at the sight of big money from a certain Spanish club.

There does seem to be a bit trend forming, mind. Chelsea have two quality goalkeeping options between Thibaut Courtois and Petr Cech with Man City likewise boasting Joe Hart and Willy Caballero. European clubs such as Real Madrid and Bayern Munich have adapted something similar. You could say it offers security and that it’s a method on the rise.

How these clubs will keep them happy is beyond me but Valdes is thrilled joining United.

“It is a real honour to sign for Manchester United. I would like to thank Louis van Gaal and the club for allowing me to do my rehabilitation and to train with the team at the Aon Training Complex. From my short time here I can already see this is a very special club. I worked with Louis van Gaal during my time at FC Barcelona and to have the opportunity to work with him here at Manchester United is a dream come true.”

Van Gaal is building a squad to have a real go next season and needs depth in all positions. Have Manchester United now got the best one-two in terms of goalkeepers? You tell us…