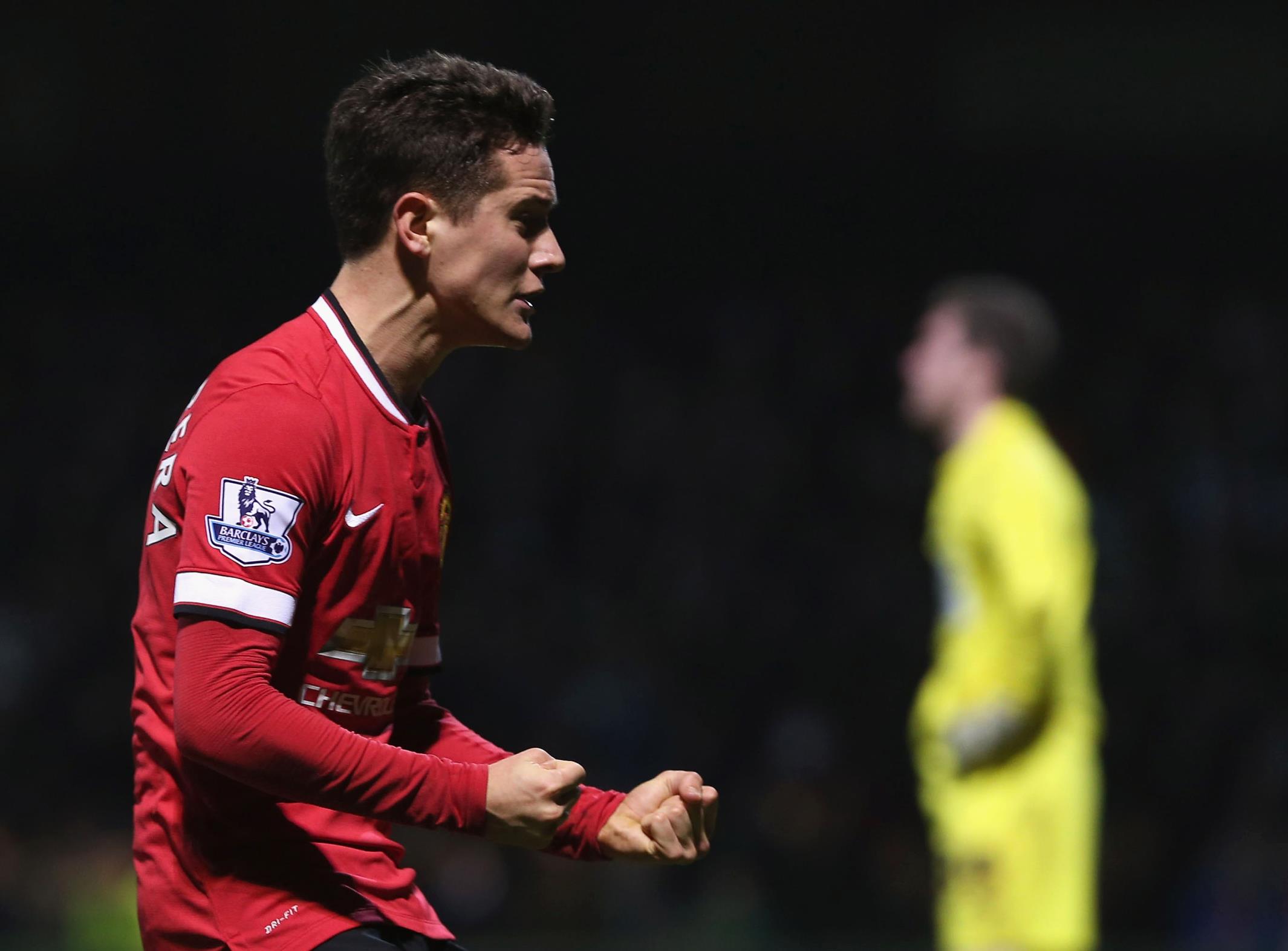 So the better team won when we travelled to Huish Park. Perhaps, not better on the day, Yeovil gave us your typical cut throat cup tie- a boggy pitch, tightly packed crowd, directness that our every opponent thus far in 2015 seems to have adopted, but most importantly lots of effort and graft, but you would expect nothing less of from comparable mere mortals to the star-studded team selected by Van Gaal.

This was obviously going to be the pinnacle of some of the Yeovil players’ careers, that Van Gaal called upon the likes of De Gea, Rooney, Herrera, Mata, Falcao and di Maria also highlighted the gravity of the match from our perspective too. This, more than likely, is our only feasible chance of silverware this season, and we were doubtless desperate to avoid another embarrassing abomination on the scale of MK Dons.

We withstood the inevitable early barrage, it would have been easy to take our inferior opponents lightly but there is barely a semblance of ego in this team, the players showed guts and fight to stand up to the physicality and awkward conditions. Some may have taken in the blustery claustrophobia and thought ‘not today’ but McNair receiving staples to his head and Rafael coming away with a suspected fractured cheekbone were blood and thunder battle scars. If you roll with the punches enough, you eventually take away the spoils.

Whereas Yeovil’s main man Keiffer Moore spurned a glorious chance to upset the apple cart and could only tamely offer an optimistically termed ‘shot’ at De Gea, United could call on Britain’s costliest player to dash dying hopes of a replay. Di Maria killed off Yeovil hopes once and for all with aplomb- a finish coolness personnified. That we resorted to bringing on the Argentine, premeditated as part of his recuperation or not, justifiably gave Yeovil the credit they undoubtedly deserved for the battle they gave us. I must admit, having seen him waste a clear run through at the Emirates, I was not filled with complete confidence seeing him skate through once more. He learnt from his London gaffe to book our place in the hat for the draw, it was great to see ‘the noodle’ on the field again, and boy have we missed him.

Am I the only one who watches the game through my fingers when Chris Smalling and Jonny Evans take to the field currently? Evans has barely clocked onto the fact we are in 2015 let alone take the initiative as the ‘senior’ defender at the club. He has been bullied by Mame Diouf and Moore in the two games of year and Graziano Pelle, our opponent this Sunday, is another to relish the physical side of the game. Evans turned 27 the other day and surely it is getting towards crunch time in his United career, with strengthening the defence hopefully an inevitability in the coming weeks/months. It is about time he took control at the back, don’t you think?

It was the type of game that you felt needed a moment of sheer stupidity or brilliance to unlock the door. Thankfully Ander Herrera sprinkled the game with a bit of Spanish stardust. That was the sort of goal you could replay over and over and refuse to get tired of. Notice how he did not even look up at the goal when unleashing the arrow, that is the awareness and quality of a proper player. I get more and more impressed with the Spaniard with every passing game. He has a vision, a tempo, a poise that you seldom get with our other midfield options. I found it hard to comprehend why he has figured so peripherally since he scooped the man of the match accolade against Hull, hopefully that performance was a major pointer to Van Gaal. With him and di Maria in our side, the pace and tempo returns, not to mention a sharper cutting edge.

His performance was at the other end of the spectrum in comparison to poor Darren Fletcher. Before it looks like full-blown criticism, allow me to say that Darren Fletcher is one of the humblest, nicest gentlemen you are ever likely to meet. I was at a reserves game when Fletch was starting his comeback from his horrendous, terrible injury, there were some big time Charlies on show that day who will remain nameless but Fletch stuck around and we had a wonderful chat about his condition, his comeback and he spoke with real emotion. A young lad was stood alongside me with his mum and he had just joined the United academy, once Fletch heard that he was full of advice that made the kid’s night. A truly priceless experience, not only for the kid but for myself.

It is also nothing short of miraculous that Fletch, typical Fletch by the way, battled through with tenacity and put in the hard yards to overcome a seriously debilitating injury that would have beaten most men. So, in that respect, we should be celebrating his every minute on a field. However, sport is not as forgiving, it does not stand still, especially in the fiercest environment that is the Premier League. His performance against Yeovil, and some would argue at Villa Park, was branded by some as his ‘Neville at West Brom’ moment. At Fletch’s age, he deserves to make up for lost time at a club where he can feature more prominently. It looks like his days at United are slowly winding down to a sorry end. There would be no shortage of takers for a player of his experience and knowhow- clubs like Villa and Hull immediately spring to mind who could do with his calibre. He is a top professional and deserves the chance to write a new chapter elsewhere.

Next up is Southampton at home on Sunday. OT is slowly starting to rediscover it’s aura and we should be looking to take maximum points with the crowd behind us. We are now 11 unbeaten in the league, which would have been something of pure fantasy not so long ago.

Well done to Moyeseh yesterday as well. To take maximum points and keep a clean sheet against Barcelona is a fantastic achievement. He will doubtless rebuild his reputation in Spain, he is too good a man not to. Even though I am not shy in venting my frustration at how crap we were last season, I can still only wish the man the best of luck. He will do well there.

Enjoy the rest of your week,