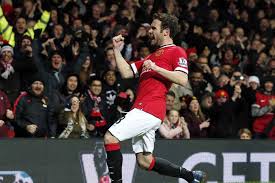 Happy New Year to you all!

United slipped up away from home last time out in a goalless stalemate at White Hart Lane, and kick off the first match of 2015 with another testing away trip in prospect, this time at the boisterous Brittania against Stoke City.

It took last minute heroics from David De Gea and Ashley Young to secure all three points in the home meeting between the two sides last month, so we know that Stoke are going to challenge us once again, and it is never an walk in the park at their place.

As you can see from that sequence of results, Stoke are enjoying another fruitful season under the stewardship of Mark Hughes, with their only defeat in that run coming against a ruthless Chelsea. They have won their last 2 with impressive shutouts against Everton and West Brom, highlighting their organisation and solidity at the back, and danger in attack on the counter.

Bojan Krkic- You would have got long odds a few years ago on the jinky Spaniard ending up in the Potteries after being dubbed as the next best thing at La Masia. He has taken to Premier League life and looks one of the bargains of the season. He has found his feet eventually and, provided he comes through a fitness test, has the ability to unlock the door and create problems for us. He is direct, quick and tricky and represents their best chance of getting a result.

The hosts are missing Steve Sidwell, Peter Odemwingie and Victor Moses through injury, Bojan is a major doubt but Phil Bardsley should be fit.

Chris Smalling and Luke Shaw are pushing for starts, having returned at Spurs. Marcos Rojo, Adnan Januzaj and Marouane Fellaini may not be ready but Ander Herrera and Angel di Maria could return to the 18. Daley Blind is a definite absentee for the visitors.