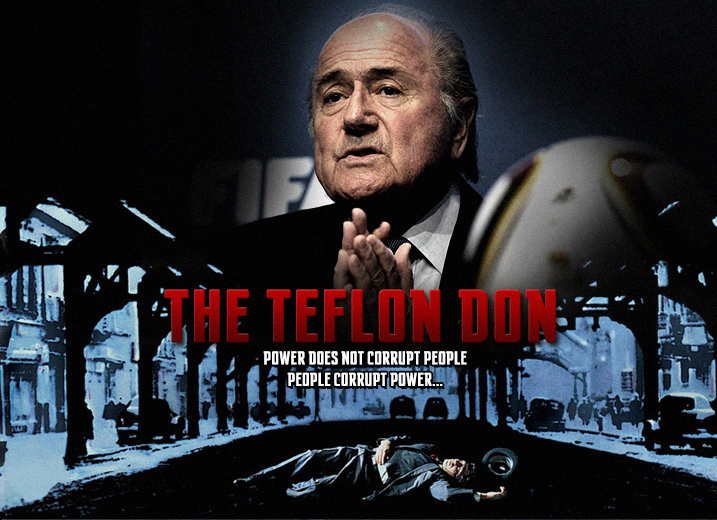 Anyone who has gained, even a passing knowledge of cultural history in America will likely have heard of the name John Gotti. Gotti was the boss of the Gambino crime family in New York through the 80’s and into the early 90’s. He was the most powerful man in organised crime in the United States.

What made this Don so infamous was his deliberate attempts to court public attention with his flamboyant personality and expensive fashion sense, he even held his mob meetings in public places. Gotti was almost making a show of giving the big up yours to the FBI, even more so for each time he managed to be acquitted in court (three times all in all before eventual conviction.) It was that longtime inability to make anything stick that gave him the nickname “The Teflon Don.”

Football right now has its own Teflon don in Sepp Blatter.

Everything about Sepp is off, even his name, Sepp. Sepp actually isn’t his name; he’s a false Sepp, a Sepp of lies or considering the state of the organisation he runs, a Sepp of s**t. Sepp is some chirpy nickname derived from his actual name Joseph, presumably one he came up with himself to make himself more appealing to fans around the world or to Tim Roth to get him to star in that appalling FIFA movie. Presumably he thinks “Sepp” makes him sound like the benevolent or friendly grandfather, the friendly grandfather who gives you a hug while slipping his hand in your back pocket to steal your wallet.

Michael Garcia’s resignation from FIFA’s hilariously named Ethics Committee was brought about by FIFA’s blatant and so far successful attempts to smother his report into the World Cup bidding processes at birth. Russia 2018 is a bad bid due to the country’s dodgy, autocratic bully of a leader and its poor record on gay rights, race rights and freedom of press. However, considering most countries aren’t great on civil liberties these days and the country has the money and infrastructure to pull off an event of this scale it isn’t a stretch for them to win.

On the other hand though, there is Qatar. Logistically, Qatar is such an unrealistic and ridiculous bid it’s only step above, Antarctica, Mars and Carlisle. Indeed it’s only two steps above fictional locations such as Atlantis and Hell. It is beyond farce and obviously corrupt, so much so the Qatar bidding committee may as well have turned up to the announcement dressed up as pigs in tuxedos smoking cigars.

Blatter has been dogged by allegations of corruption and keeping FIFA as a personal fiefdom for years, just like his predecessor Joao Havelange. These allegations and accusations seemingly make no difference to Joseph Blatter though. In fact as time has gone on he has gotten more obnoxious and flagrant in flaunting his crookedness.

Sepp doesn’t care that you all know he’s corrupt, he doesn’t care that Michael Garcia knows he’s corrupt because he made him sign away his own investigation so he can cover it up. He doesn’t care as nobody can make the evidence stick and worse still no one is really willing to do anything about it. Maybe a journalist from the Daily Express might run a story but seeing as they have been running Diana and immigrant conspiracies for years, I doubt Sepp will be worried

The FA and England always complain but they don’t boycott anything FIFA related and more tellingly neither do UEFA despite their increasingly displeasure at having the most embarrassing CEO in the land. No competition boycotts because people love money too much to take a stand and Sepp the jolly crook knows it.

Just like John Gotti, Sepp is proudly proclaiming his crookedness in every way but he knows you won’t do anything about it and until then he’ll demand you bow kiss his ring and call him Sepp because he’s the Teflon Don of the beautiful game. 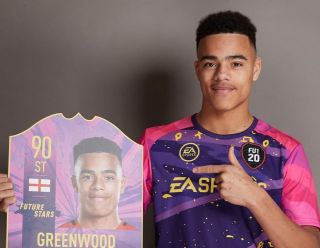 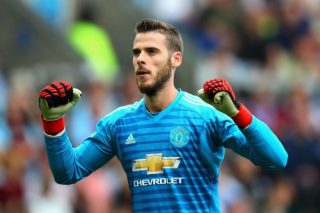 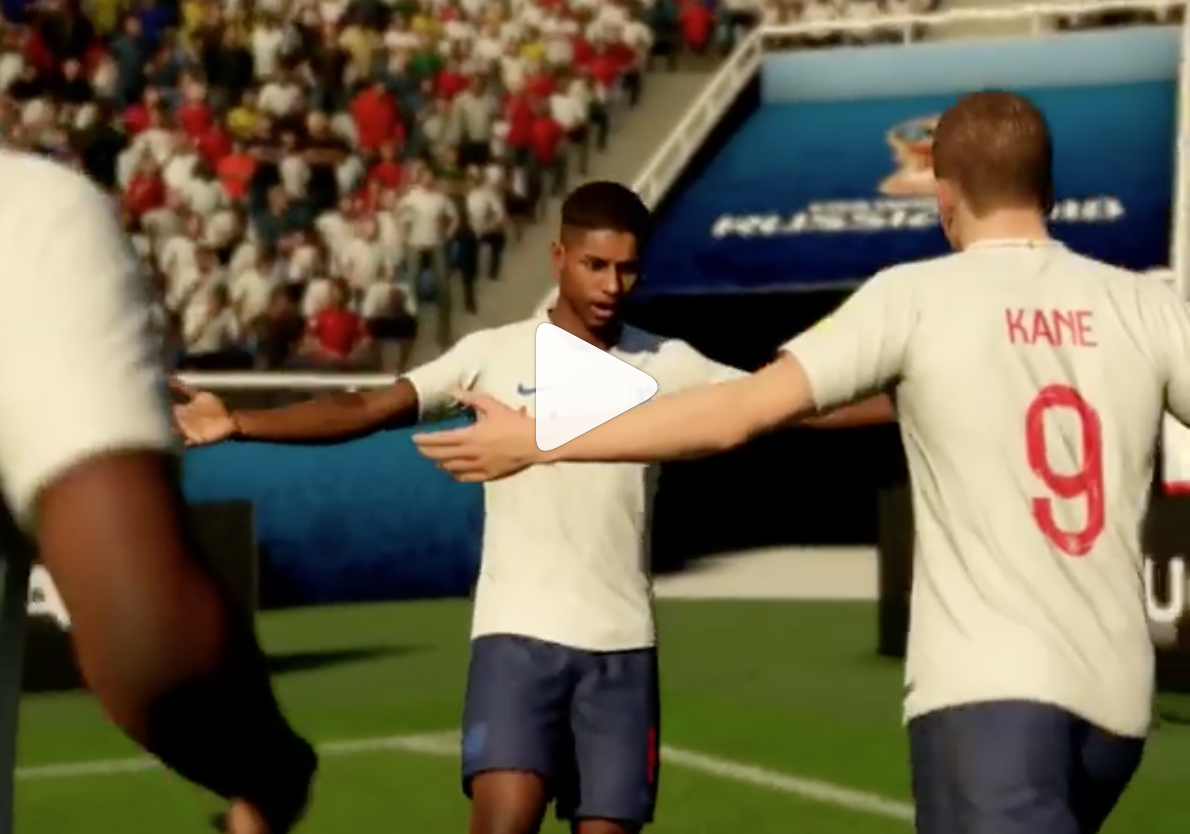 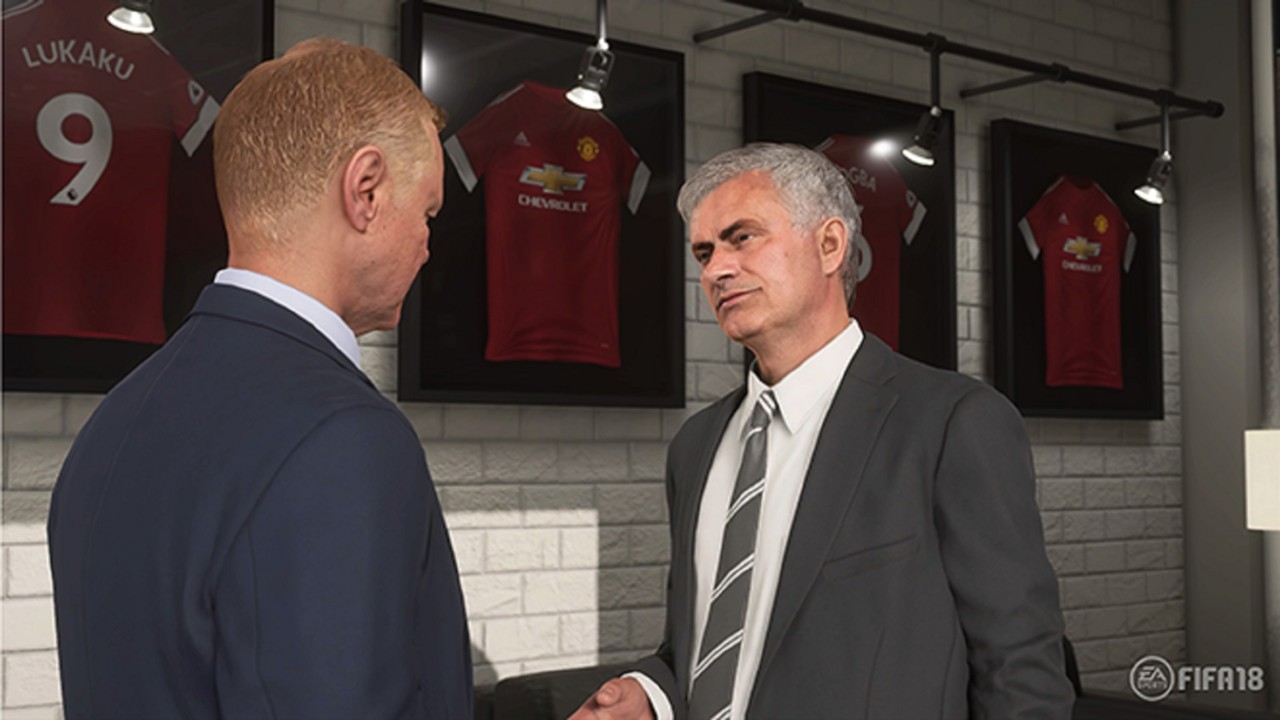 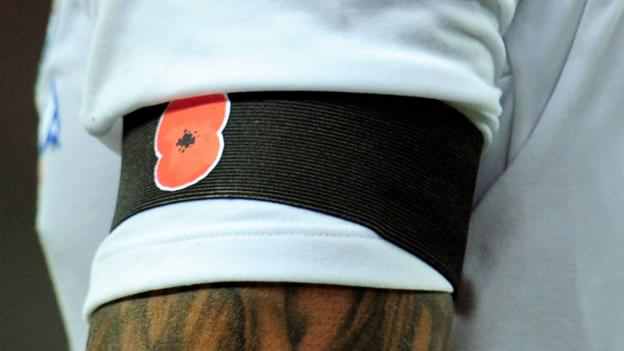