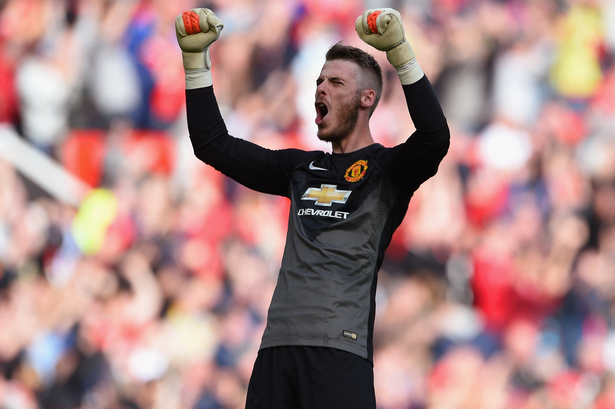 1. The change in fortunes of both clubs since last meeting is startling

The 16th March 2014 saw Manchester United’s hopes of reaching the next season’s Champions League dashed for good when Liverpool came to town and thrashed the Red Devils by three goals. It would also signal the beginning of the end for one David Moyes. It was in the middle of a run that would see the Merseysiders become hot favourites for the title within a month. But Moyes’ sacking just eight days after Liverpool had won a potential title decider with our city rivals was the turning point not just for United, but for Liverpool too. Their decline in form since Moyes lost his job is staggering. The loss of Luis Suarez and Brendan Rodgers’ failure to bring in replacements of the necessary quality has seen them drop to deeper depths than those suffered by United last season. In stark contrast, United have now won six on the bounce and have overseen a 21 point swing between the two rivals since that fateful 3-0 loss nine months ago. Yesterday’s convincing victory was the final confirmation that the gulf in class between the two sides has well and truly been reversed.

The reasons for such a huge turnaround in the fortunes of Manchester United are numerous. The ones that have been spouted by critics have tended to revolve around the significant transfer outlay that Van Gaal has overseen. Spending nigh-on £150m in the summer is, of course, a reason behind United’s new found ability to win matches but it is telling that not a single player signed since the Dutchman’s arrival started the game yesterday. On the contrary, it was a young man from Biddulph who took his place in the side alongside Robin van Persie ahead of the big money loan signing Falcao. James Wilson’s inclusion in a big game is clearly a huge leap of faith from Van Gaal and his introduction of Paddy McNair towards the end was a further nod that he believes the future is bright, with or without a January ‘war chest’.

3. Injuries are still a big problem

Despite a welcome return to fitness for Phil Jones and Jonny Evans, the team is still decimated with injuries. Marcos Rojo’s withdrawal at the final hour goes alongside the longer term absences of Rafael da Silva and Luke Shaw. Luckily the lack of a steady back four (or three) didn’t prove costly yesterday, mainly due to the heroics of David De Gea in goal and the inability of Liverpool’s forwards to put the ball in the net. A better side will put these chances away and whilst United’s run of games over Christmas isn’t too troubling, a recurrence of Jones’ injury could see the team’s winning run come to an end before the New Year. The Englishman was superb at times yesterday, if a little rusty, and his absence would be felt massively.

In past pieces I have been critical of the praise that De Gea has received this year. In a year when being United’s best player was tantamount to being the least ugly weed in the garden, I feel that his Player of the Year award last season could only be described as having been won by default. He was also one of the poorer performers at the beginning of Van Gaal’s reign too. Yet in recent weeks the Spaniard has reverted to the form that saw him become comfortably one of Sir Alex Ferguson’s better signings from his final years in charge. Whilst most of his saves were relatively routine, his positioning was excellent and he did make one spectacular save onto the bar in particular. With the aforementioned injuries invariably affecting the back line, De Gea’s return to form is hugely welcome and will hopefully be a key part of United’s Christmas run.

5. Attacking quality makes up for lack of midfield

Louis van Gaal’s dip into the summer transfer market didn’t see him bring in the top drawer central midfielder that was needed. Herrera and Blind have both been pretty impressive since signing but neither is the kind of player that United had in Roy Keane and Bryan Robson. The struggle for fitness of both the new signings is concerning too. Neither player started yesterday due to injuries but despite a black hole in the middle of the park and the packing of the midfield that Brendan Rodgers set up, Liverpool still managed to lose by three goals. It was the home team’s unreal ability in the front four that was the real difference maker and if United are to make a title charge then Van Persie and Wayne Rooney will have to keep up their goalscoring form.