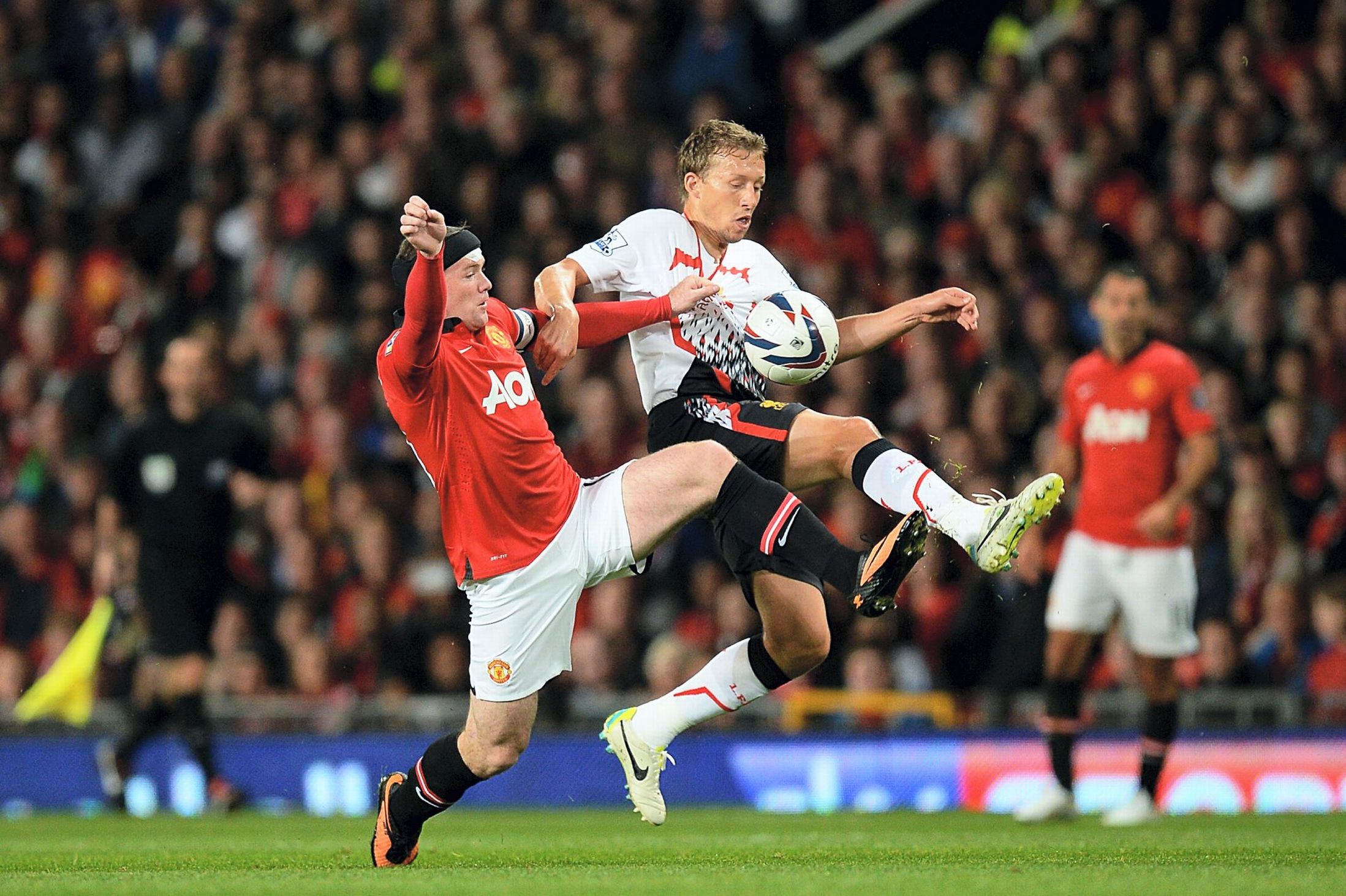 Former golfer Gary Player famously attained once, ‘the harder I practice, the luckier I get’. That maxim could easily be related to this current crop of United players and the methods of manager Louis Van Gaal. The double sessions on the training pitch, relentlessly striving to drill his philosophy into the players, look to be finally paying off and being rewarded with a rich vein of results. Van Gaal will be hoping the levels of luck we have been afforded in recent weeks have not all come at once- the miraculous goal-line clearances against Stoke in added time, the escaping from the South coast with maximum points despite recording the fewest amount of attempts since the inauguration of Opta statistics , the old luck, combined with the resilience has returned.

Brenda was alluding, delusion personified, about Liverpool making ‘folklore’ in the week, what ensued was a humbling elimination from the Champions League at the hands of Basel, don’t worry that lot, we’ve been there! They go into the game 7 points behind us, 10 come Sunday night may be seen by some as an insurmountable figure. United have recorded 5 straight wins in the league, there is no added incentive for a Liverpool fixture, if you’re not up for this game there is no point in playing at all. That said, there is no better opponent to try and make it six in a row.

Two abject draws against inferior opponents will have sapped the confidence levels of Rodgers’ men, but as is the norm in ‘derby’ games, as the cliche goes ‘the form book goes out of the window’. They will probably pull out all the stops to avoid going 10 adrift of us so a better performances than the one mustered at St.Mary’s on Monday is a bare necessity.

Raheem Sterling- The diminutive winger has the pace and trickery to send panic into our defence. He ran us ragged in THAT 0-3 reversal last season and we did not have an answer. You would say if we keep Sterling quiet, we will have a great chance of winning.

Mario Balotelli- You can just see him scoring, can’t you? I’m serious. He may be the joker in the Premier League pack of cards but mavericks, for want of a better word, tend to perform on the biggest stage. He has rippled the Old Trafford net previously, with that ‘Why Always Me’ moment. Most would rather see Rickie Lambert’s name on the team-sheet than the Jekyll and Hyde Italian, who does not possess the same fear factor as the city reject.

Jonny Evans is in line to start after making his return to action on Monday, he is likely to take the place of Chris Smalling, who is ruled out with a groin injury. Rafael and Phil Jones took part in a full week’s training and could return to the squad. Three definite absentees, however, are Luke Shaw, Angel di Maria and Daley Blind.

Adam Lallana should stay in the Liverpool squad, despite revealing he has been playing with two broken ribs, Kolo Toure should shake off a groin injury to compete with Dejan Lovren for a start. That man Balotelli has also trained this week and should return to familiar climbs, probably from the bench.

It may have been dubbed the ‘Dog and Duck’ versus the ‘Red Lion’ this weekend, drinks will be on Van Gaal if he can mastermind United to a sixth straight league win and stretch the gap between the teams to 10 points.