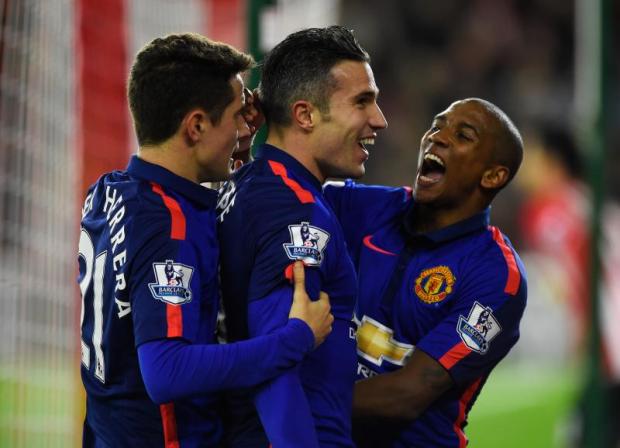 It’s not too often you’ll see me quoting Shakespeare in these Ramblings but it is definitely a necessity today.

“The robbed that smiles, steals something from the thief”.

If we apply Shakespeare’s logic to the Monday Night Football, however a completely different story was painted. Ronald Koeman smiled ruefully at full-time, only to come away empty handed. The thief was Louis Van Gaal, somehow we made it five consecutive league wins.

That is the thing with this new-look United- logic just goes completely out of the window. How could a side, who continue to be decimated with ceaseless injuries, could barely string a succession of passes together and play woefully short of what we all know this bunch is capable of, triumph on the night against a side who, for the large parts, put us under heavy pressure?

Character, guts, resilience, grit, fight, backbone. Despite the glaringly obviously travails and setbacks, be that on-field or off this season, this United side appear to have these qualities. We were under the cosh for large periods at St. Mary’s, yet the recent storms we have had to endure, we have weathered. This team appear to have restored their old belief and fight which went completely AWOL under the stewardship of you-know-who.

What a quality it is to have too. The caving in, the almost cowardly throwing in the towel when the going got tough last year is well and truly a thing of the past, to fight til the end regardless of how dire the circumstances or performance is what we are all about. It is something some of our competitors do not have in their make-up. The likes of Tottenham and Arsenal, they are nice teams to play against. Look at how Stoke, who gave us a damn tough game a week ago, turn up a few days later and obliterate a rudderless Arsenal in the first-half.  The damage was done in a whirlwind opening period. Recently, on the other hand, we have had the steel and resilience in spades which is priceless.

Didn’t experts attain that, in our glory years, winning in labouring circumstances was the hallmark of champions? Before there’s a furore, I’m not saying we will be challenging this season, but labouring would be sugar-coating an atroscious display. Only 3/4 of the 11 can hold their heads high after last night, Big Dave (standard), Ashley Young (who continues to surprise at left wing-back), RvP and perhaps Michael Carrick. For us to win with this unacceptably low number of performers is truly mind-boggling, and I suppose goes to show how much the mental side goes into winning a football match.

There was no cohesion, fluidity, pace, guile, we had nada and yet we came away with everything. Truth be told, that makes victory all the more sweeter. To be frank, I for one really do not care one iota how well we play as long as we keep racking up the points. After last year, you really do appreciate every victory, deserved or undeserved that little bit more. Five wins in a row really is something not to be sniffed at, it is a great achievement given how makeshift we look and how abject we were.

Rojo and McNair both had their worst games for the club, Fellaini’s renaissance unravelled in a wretched display, Mata and Rooney were largely ineffective. Thankfully, however, Reliant Robin has is back on the road and found his wheels. He looks a lot sharper and is getting through a lot more industry. Earlier this season it appeared his pressing of the defenders was half-hearted and a mere token gesture. Now though he is chasing them with purpose and working very hard defending from the front. It looks like the rocket against Hull has given his game the fizz that it desperately needed. It is no coincidence that after searching desperately for a goal, he comes up with two poachers finishes that were reminiscent of the devastating Dutchman from 2012-13. The confidence and verve has hopefully returned, there are no better opponents than the dippers to carry on the scoring form.

The night was ruined by an injury to Chris Smalling, again. Quelle surprise! No, seriously, it’s a gutting moment for him, just when he was finding his feet again and looking the part doing the basics right, that annoying curse has struck again. Word of a groin strain paints a sombre outlook, that said Jonny Evans returned. Love him or loathe him, we need bodies back there at this moment. The conjecture whether the cheque book will soon be dusted off will rumble on.

It’s hard to not feel sorry for young Paddy McNair. He was having a ‘mare but this manager is brutally ruthless and there is no hiding place. Yes, his confidence may well have taken a battering, but we were on the ropes at that point and could and should have been behind. There are enough experienced heads in the dressing room to help McNair, every living defender has had a tough day at the office. The ‘one moment in a lifetime’ appeaser from Van Gaal post-match just shows that we will move on from it, as will McNair hopefully. You may well see him taken out of the firing line in the coming weeks as protection, it will be a good test of his character how he responds, but in hindsight Van Gaal made the right call and deserves credit, it was a ballsy decision.

The travelling red army were in fine form and were outstanding again. I sound like a broken record praising our lot, but they really did their thing when the team needed it the most. Old Trafford is going to be rocking on Sunday, I can just feel it. With us in the Stretty and hopefully all corners of OT raising the decibels, we can definitely make it 6 in a row, and how effing sweet would that be against that lot? I see Brenda is talking about ‘folklore’ in Europe despite being ninth in the league, the lengths of bulls*@! he goes to really is astonishing.

Enough about them, keep everything crossed di Maria is well enough to be involved in some capacity. Last night’s paceless display emphasised just how pivotal he has already become to our top four aspirations.

P.S: I want to hear Steve Gerrard’s chant from first minute to last on Sunday. No excuses, reds!