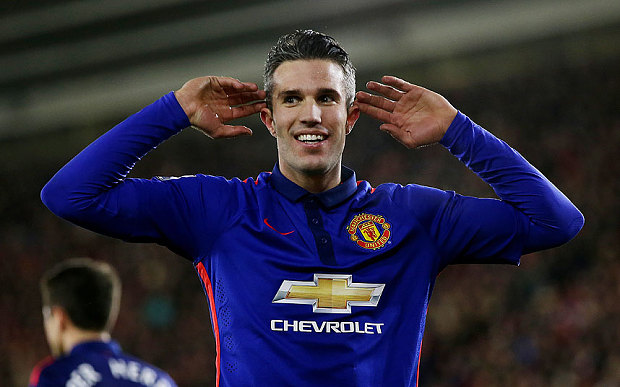 It was far from our best performance but the all important three points moves Manchester United into 3rd place behind City and Chelsea.

David de Gea – Another good performance from our number 1. Kept busy throughout due to plenty defensive mishaps. 8

Paddy McNair – Started well but the system – 3 at the back – didn’t suit and it was only a matter of time before Louis van Gaal substituted the youngster. However, the decision was over analysed by those of the opinion it was a terrible idea having a negative knock-on effect for McNair mentally. What would you prefer; conceding a costly goal? That would hinder a player’s confidence. 5

Chris Smalling – The defence went tits up once he came off injured. We have no idea as of yet how serious the injury is but whispers of a torn muscle are doing the rounds. Typical, eh? Right when he was coming into good form. 7

Marcos Rojo – One of his worst displays in a United shirt. All over the place. 5

Ashley Young – Impressive performance again from the England international. Amongst the player’s LvG has made an immediate impact with. Young was without question in contention for man of the match. 8.5

Marouane Fellaini – His worst performance of the season. Southampton midfielder Victor Wanyama got the better of our Belgian, but his passing alone was abysmal and lead to their first half equaliser. 5

Michael Carrick – Did nothing particularly wrong but those surrounding him failed to shine. If he wasn’t on the pitch we could be looking at a very different result. 7.5

Juan Mata – Slow start but improved in the second half. A bit too pedestrian when we could have done with Angel Di Maria’s direct pace. Still managed to retain possession in tight areas. 7

Wayne Rooney – Average display with class shining through. A free-kick he argued advantage for delivered over the Southampton defence to find van Persie, who converted the winner. 6.5

Van Persie – Man of the match. Last night was his best performance of the season and he successfully answered critics that wanted him dropped. Scored United’s two goals, held the ball superbly and found teammates in plenty of space. 9

Jonny Evans – Substituted into an unsettled defence once Smalling got injured. Defensively okay but the highlight of Evans’ performance was breaking through the midfield on a run and successfully finding a blue shirt. It’s great to have him back in the side but he has some work to get back to his best. 7

Ander Herrera – Should have started but the Spaniard came on and worked hard. Balanced out the midfield which slightly benefited United in terms of possession. Hope to see him against the Scousers. 7

Darren Fletcher – Came on at the end as per. The most difficult player to rate this season because he only gets a few minutes.

Image courtesy of the Telegraph