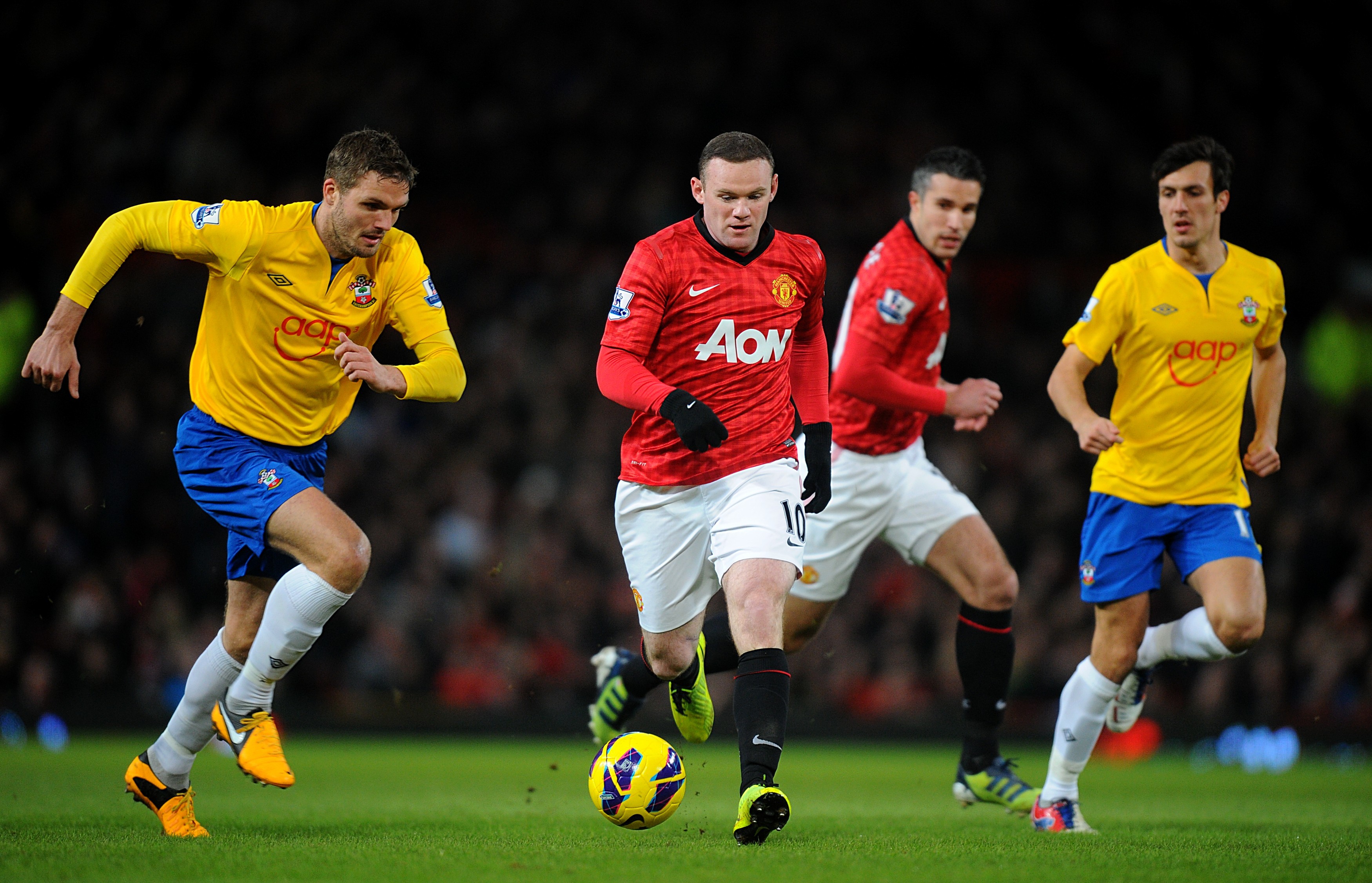 In what will come as a massive boost for the team and fans alike, it is understood that Wayne Rooney has declared himself fit for the clash against Ronald Koeman’s Southampton at St Mary’s on Monday.

Louis Van Gaal’s side have suffered a staggering 41 injuries this season with the latest casualty being club record signing Angel Di Maria. The Argentine limped off in the weekend’s fixture versus Hull City with an apparent hamstring injury and was replaced by another summer recruit Ander Herrera.

Rooney underwent scans on his knee after the United captain clattered against the advertisement board in the fixture against Steve Bruce’s Hull and will be fit in time to face the Saints. The England striker was left out of the squad to face the Potters as a precautionary measure and will be available for selection for the match against Southampton and will resume training with the first-team this week.

United have been on a good run of form, winning four games on the bounce and are one point behind the south coast club on 25 points. Louis Van Gaal has ensured a steady flow of results contrary to the stop-start run of form they endured in the start of the season and it now looks like United are firmly heading in the correct direction.

They have regained the swagger which they exuded during Sir Alex Ferguson’s reign as manager and defender Chris Smalling believes that the good old times will be returning very soon. He said, “It felt like the old times. We are really dominating games and creating a lot of chances. It is a happy place at the minute. We have had two good performances where we have played some good football. If we can keep this run going I think we will get better.”

Another crucial takeaway from the game against Mark Hughes’ Stoke City was the kind of performances last season’s outcast’s Ashley Young and Marouane Fellaini put in. The duo looked sharp and Fellaini was on target for the Red Devils after giving them the lead with a towering header. Ashley Young on the other hand looked extremely lively on the left flank and even though he played in an unfavorable left-back position, he seemed to adapt to it pretty smoothly and made an important block off the line in the dying stages of the match.

Van Gaal has been instrumental in restoring confidence in players like Fellaini and Young and the Dutch tactician will be looking to maximize their contributions to the team for the remaining set of fixtures.