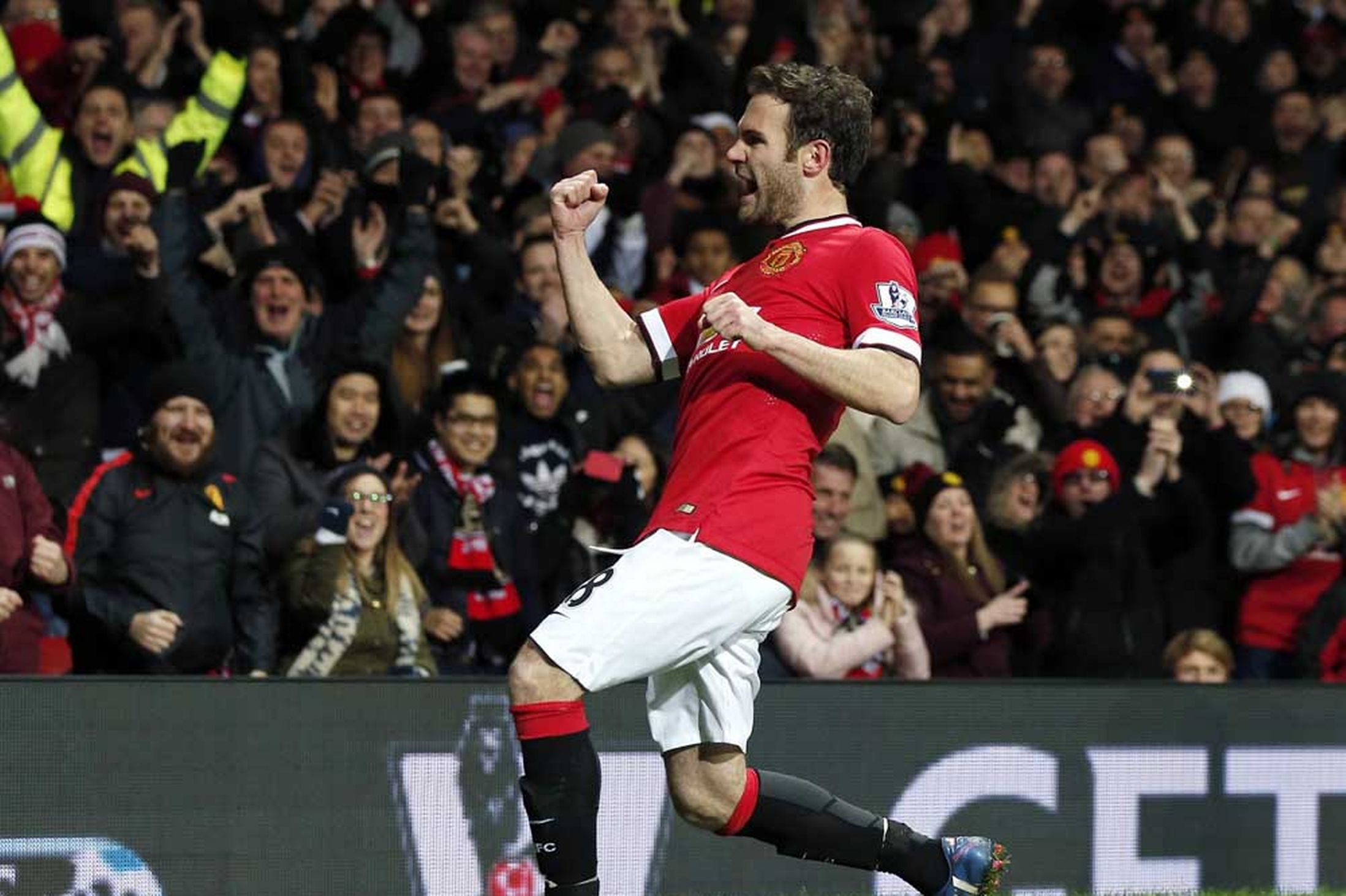 Welcome to the first ever midweek Rowlesy Rambling. I don’t know about you, but I am still struggling to acclimatise to one fixture per week. Being the relatively younger breed of United fan, my football diet has consisted of many a magical night under the lights at the Theatre of Dreams year in year out. The fixture status quo that comes with competing against Europe’s elite has been disrupted, albeit surely temporarily, after last night’s train-wreck of a season, so last night was in a way some sort of throwback, and it was pure bliss.

As I briefly mentioned in the last Rambling, I watched the Stoke game from the luxury of the Chevrolet Centennial Suite. Unfortunately, I didn’t get the wonders of Rachel Riley as one reader on the Facebook page had promised. The disappointment was only short-lived though as we were treated to meet and greets with Denis Irwin, Andy Ritchie, Albert the kit man, Ashley Grimes and the legend that is Andrew Cole. All were diamond blokes, and we are fortunate to have these sort of gents representing our club. Incidentally, they all predicted that United would not relinquish our spot in the top 4, some more bullish than others but their crystal balls were giving a unanimous prediction.

I think we all could have foreseen that Stoke would pose more problems and a sterner test than Saturday’s visitors Hull. You know what you are going to get from them, they have always relished the physical aspect, add some new-found creativity and flair into the potion and you get a difficult opponent.

The particularly heartening part of last night’s victory was the manner in which we triumphed. To go from the Gaal-em Globetrotters on Saturday and looking a million dollars to grinding out a victory where character and grit was needed aplenty in the space of a few days speaks a lot about this bunch of players. To see off staunch resistance without the two stellar attackers in Rooney and di Maria, the two who we rely on to deliver is deserves respect. Four straight wins in the league was the bread and butter of the Ferguson dynasty, it seems like an achievement these days given our wretched campaign last year.

The whole defence deserved a celebratory drink last night. We were under the pump in the closing stages, Peter Crouch’s introduction was a return to the embryonic Premier League Stoke. The Pulis missiles that Stoke famously took pride in were coming into our box left, right and centre. Change of style, eh? Marcos Rojo and Chris Smalling made telling clearances in either half to preserve the advantage, and in general were composed in possession and strong in the tackle. The second goal was initially given to Juan Mata, and it would be a shame if Rojo was denied. Pictures hint at the deftest of glances off the mohawk and it would have been his just desserts for a top performance. Rojo and Smalling certainly are improving game by game. The rumours of Ron Vlaar will remain just those if these two maintain their respective rich veins in form. The two ensured that returning once-red Mame Biram Diouf barely had a sniff.

Until the dying embers that is… How on earth did we escape that mayhem to claim the win? Well we have, quite simply, a stunning goalkeeper. If you were to put a collection of Big Dave’s massive saves into a time capsule and bury it underground, you’d need a damn big spade. He has bailed us out countless times in the last two seasons, and we ought to count our blessings because we are so lucky to have him between the sticks. On recent form, is there a better young goalkeeper around? The most ardent Chelsea fans will back their young Belgian, but De Gea comes into his own because he does not have the luxury of a consistent, experienced back 4 (and Nemanja Matic for that matter) that Courtois does. This means Dave is called into action more frequently, surely giving weight to the Spaniard in the De Gea-Courtois conundrum.

The makeshift left-back also deserves a huge pat on the back. He grew into the game, after a little egging on from the crowd he went from initially timid to the fearless first-year Young, skinning Phil Bardsley on more than one occasion. That stunning last-minute intervention from De Gea and Young kept us in the Champions League spots just above West Ham, how annoying is that by the way?

Felli scored again, mind you if we didn’t pick up maximum points at lot of blame would have to have gone to the Belgian for that embarrassing clutching of his head which led to their equaliser. N’Zonzi, his man, just walked off the falsely stricken Belgian and he was accountable. Thankfully, that incident is trivial in the grand scheme of things. What a ball in by Herrera for the opener. You knew as he stood it up and the afro was charging in that there was only going to be one outcome. It was a delicious cross and a well-taken header, we need to utilise Fellaini in this way a bit more often, he is a constant menace for defenders in those situations and his touch around the box and bringing down the goal kicks is imperious. It wasn’t Fellaini’s best match in this golden spell for him, but the fact he still made a telling contribution is very gratifying.

Young James Wilson. What a breath of fresh air he is, isn’t he? King Cole gave him a ringing endorsement before the teams were announced and the 19 year old put in a display that fitted that billing. I’ve watched enough of Wilson these past 2 years to make a bold prediction: the world is his oyster. Two things that stand out are his endeavour and his speed. Look at how he scorched the turf when he ran through and narrowly shot wide, and on the counter when Stephen Ireland resorted to the cynical as the only way to stop him. His withdrawal was met with a standing ovation, ‘top, top player’ said Cole. Who could argue with the man?

The last word deserves to go to our diehards. There are no better fans in the country. Simple as. The noise last night was something else. The relative novelty of a midweek game seemed to have the desired effect on our fans as the unrelenting support certainly cranked up the decibels. It really is noticeable how the players are picking up on the atmosphere when they are taking to social media after the games. We really are excelling as the proverbial twelfth man this season, long may it continue too, I know it will.

Christmas time is a wonderful time to follow your team, even though there are travel and financial constraints. A congested Christmas fixture list is merely water off a duck’s back to our lot though, and you can bet your bottom dollar that the away sections this winter will be packed to the rafters with United fans yearning for Van Gaal’s men to carry on this momentum we are building.

It will only be a matter of time before we are taking in more midweek night games at Old Trafford.

That’s the view of Ashley Grimes, unequivocal in his belief. The magic will soon return.

Thank you for reading, and safe travels to those lucky enough to have a Southampton ticket.

Catch up with you after the game Monday night,