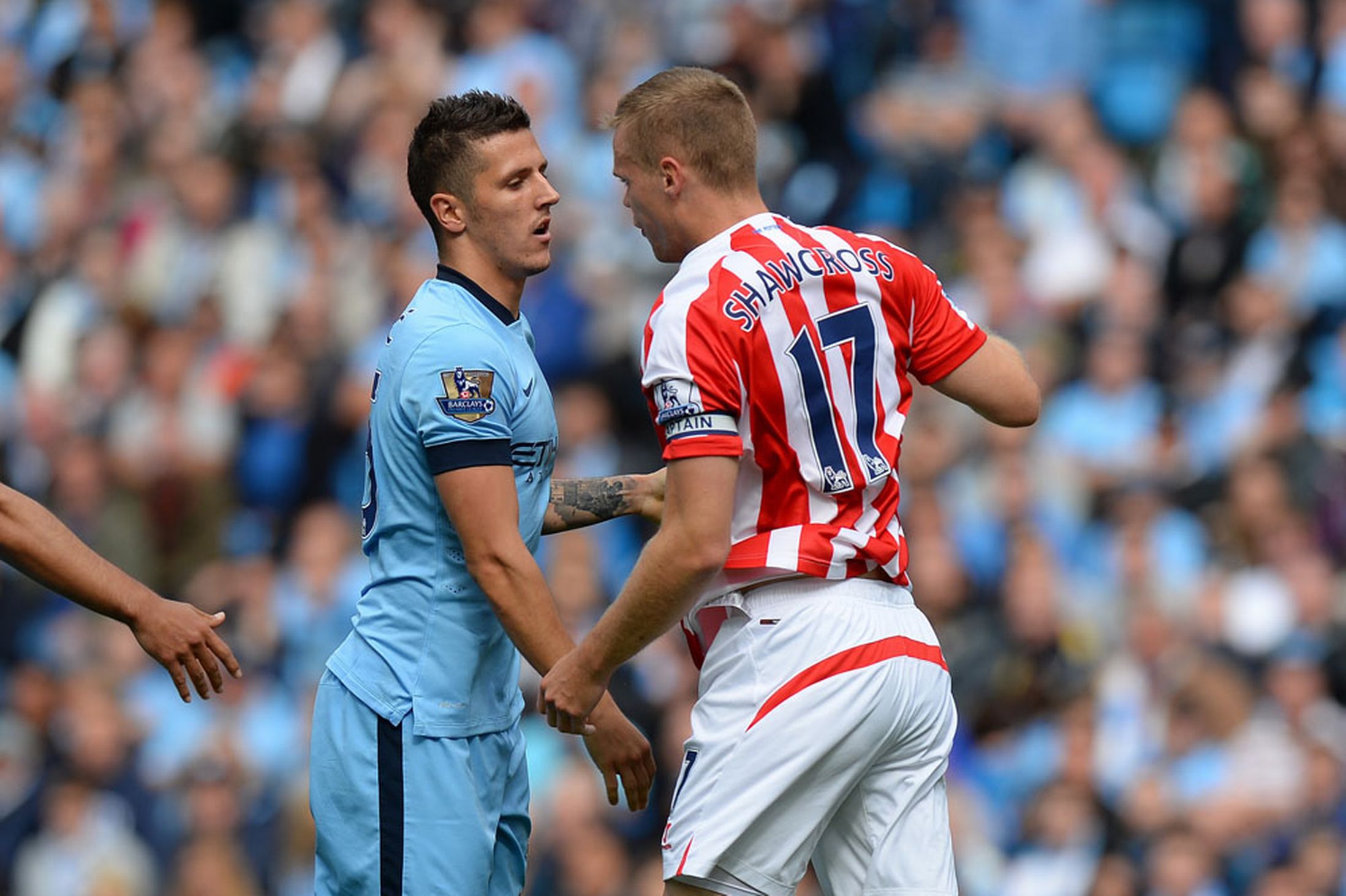 This time around we are joined by Dave Frith of Stoke City fanzine The Oatcake which originated over 20 years ago in the same era as our very own Red News, United We Stand and Red Issue.

Thoughts on Stoke City this season?

We went into the campaign with high hopes – maybe the expectation was a little too high – but we’re becoming an extremely frustrating team to watch. We’ve seen some really good performances, including beating Man City and Spurs away, but have lost to the likes of Aston Villa, Leicester and Burnley at home and thrown away points from winning positions against QPR and West Ham. We’re conceding soft goals and finding it hard to hit the back of the net ourselves. On top of that, the injury situation is getting a bit ridiculous – Steve Sidwell is the latest casualty to add to the long term loss of Peter Odemwingie and Victor Moses who’ll be out until early February. The loss of Odemwingie is a massive blow and we’re really going to miss Moses’ pace and creativity over the busy period coming up. On the plus side Bojan has burst into life over the last couple of weeks and he’s looking a fantastic acquisition. He was outstanding at Anfield on Saturday and was unlucky not to score two wonderful goals.

Have the fans taken to Mark Hughes?

There was a bit of opposition when he first arrived, mainly from those who were solidly behind Tony Pulis and others who couldn’t see further than his time at QPR, but we think most fans have warmed to him and are behind him now. He has a very decent track record as a Premier League manager and is a good fit for a club like us. He did very well last season, leading us to our best ever Premier League finish despite not having a great deal of financial backing. It doesn’t take a lot to turn fans against a manager though and with the fixtures we’ve got coming up over the next month or two that backing may be tested if we start to slide down the table.

There are 3 former United players currently at Stoke. Starting with Phil Bardsley, who I happened to like when given the opportunity, how is he getting on at the Britannia Stadium?

Stoke have a history of signing players from Sunderland and to be honest we expected to see Phil at the club a lot sooner. He’s done well, though missed the game at the weekend through illness. He’s an experienced defender and you know you can rely on that kind of player to give you a solid performance most weeks. He recently won his place back in the Scotland squad, but unfortunately had to pull out after picking up an injury at Spurs.

There is a lot of speculation surrounding Ryan Shawcross with talk of United being interested. How much of a set-back would that be?

Losing Ryan would be an unmitigated disaster for Stoke City. He played his 300th game for the club at Anfield and in our opinion he’s right up there with the very best players to have represented our club, certainly in our lifetime. He’s had to put up with a load of garbage written and spoken about him over the past four or five seasons and he’s obviously had the disappointment of being ignored by Roy Hodgson, but he’s not once let it affect his performances for Stoke. He’s grown as a player and person so much since he signed for us back in 2008 and hopefully he’ll be our captain for a good few years yet. We love him to bits.
And finally, Mame Biram Diouf, stuck one past Joe Hart this season but never really got a break at Old Trafford. How has he settled with this being his second Premier League spell?

Mame’s strength is his pace and he’s clearly more comfortable when he’s playing off a defender’s shoulder. He works tirelessly for the team and his movement off the ball is certainly helping Bojan to settle in to Premier League football. That goal at the Etihad was something special though and will long live in the memory.

Well, there’s no doubt that we took great delight in roughing Arsenal up at the Britannia in our first few years in this league, but that pretty much proves why they’ve never challenged for the title in recent years. We’ve not come close to doing that kind of thing to Man Utd, Man City and Chelsea since we came up and even when we’ve got good results against those teams, their managers have never whined like Wenger.

The Oakcake Fanzine has been running over 20 years like all three Manchester United mags (UWS, Red Issue and Red News). What do you know about our fan mags?

Just that they’ve been out as long as our fanzine to be honest. When we first started up we got to know quite a number of fanzine editors, notably those at Middlesbrough, Millwall and West Brom and we probably swapped with the United lads at one time. We know how much hard work and dedication is needed to keep a magazine going for that long so fair play to them.

Fanzines are closing up and down the country. Is it completely down to digitalisation or a number of factors?

The Internet is undoubtedly the major reason. There are so many blogs and fan sites around these days and we’ve got a really busy message board, so many fans may feel that we haven’t got much new to say by the time the magazine hits the streets. When we first started back in 1988 we were selling over 1,500 copies at games that attracted just 8 or 9,000 fans, though back then of course there weren’t the vehicles fans have now to get their opinion over more or less instantly. We’re now selling a couple of hundred more at games that attract three times that number! There are probably fans who come to our home games now that have never even heard of The Oatcake, which was not the case when we first started. We’ve still got a loyal readership though and for that we’re very grateful.