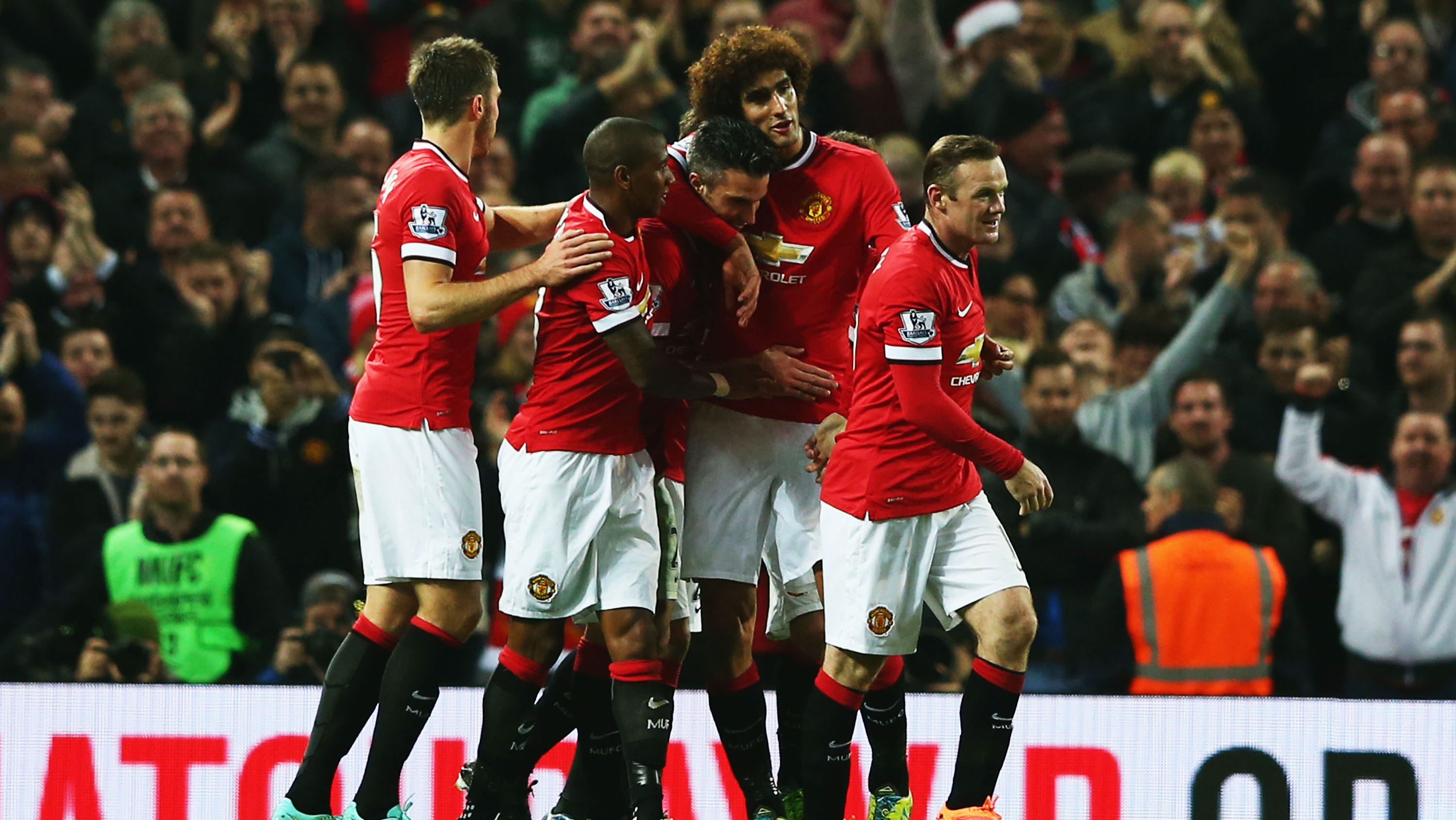 First of all, apologies if you were expecting or missed the Rowlesy Ramblings after the Arsenal win. I can tell you though that I was buzzing just as much as you were while I was alligator hunting in the Everglades. I’m over the jet lag and normality is restored now!

It’s a real nice feeling to once again be able to give my reflections on a game which we were in complete control of for the full duration and that was reflected in the scoreline. The tempo, the confidence and relentless attacking, it was the old United. Something which has not been the norm in recent times. It’s been a while. We blew away QPR, but that was not without a few hairy moments- they should have scored an open net which would have levelled the game and in general that day we did not look at ease at the back. However, Saturday was a relatively routine day defensively.

The main reason being that Hull had no ambition whatsoever on the day, which was a surprise to say the least. They had already gained credible points on the road at the Emirates and Anfield, and they had a go when Arsenal put up a makeshift defence and got their rewards. So for Big Dave to only make one save, routine at that, would have dented Steve Bruce’s pride in his 700th game as a manager, back at his old stomping ground. That said, credit ought to go to our defence for a welcome clean sheet, it breeds confidence going forward.

Which brings me onto a man whose fortunes have changed exponentially the past few weeks. In my first Rowlesy Rambling, heat of the derby moment made me lay into Chris Smalling, perhaps a bit too harshly. I mentioned how sometimes you can see why he only made a handful of Isthmian League appearances before his move to the big time. But if the derby abomination was the rocket he needed to churn out better, more mature performances, then the moment of madness will be a mere drop in the ocean long-term, hopefully the making of him. He is not a kid anymore, he has played over 100 times for United now, with January on the horizon and centre-backs surely a priority in the windows to come, the message is getting through to him that now is the time to turn heads. Ever since his juvenile sins in the derby, he has been outstanding, guiding rookies McNair and Blackett through the storm at the Emirates and his goal at the weekend rewarded another composed performance. Let’s hope he has found his feet at long last, but one swallow doesn’t make a summer. It has got be a consistent run of form, especially in an area where we are hardly blessed.

Speaking of hardly blessed, it’s like asking for an organ transplant wanting a fully fit and healthy squad presently. Has Van Gaal deprived Anderson of his bargain bucket and this is karma? Seriously, what is happening? You can legislate for the odd knock if you were playing 2 games a week, we’re only playing once a week and it makes you wonder. It cannot be down to bad luck, there have just been too many injuries to make that easy suggestion. Double sessions, intense at that, have got to be the main factor behind this, and despite Van Gaal saying they will get to the bottom of it, the injuries are unabating and it is hampering our chances.

The players who are spending time in the treatment room are not exactly players who you can afford to lose either, they are in critical positions for us. Daley Blind was the brains and security in front of the back 4, Luke Shaw was growing in stature with every game, and we will not get away with Ashley Young there forever, it is a discernible Achilles heel on our current team-sheet. Teams will pinpoint Young and look to exploit the makeshift defender. And now Angel di Maria, the legs in midfield and main creative threat. He has made a flying start to his United career and will be a massive loss. Let’s just pray his early substitution has lessened the damage and we’ll see him at St. Mary’s on Monday.

That said, his replacement on Saturday did not do too shabbily, did he? Despite being a peripheral figure in recent weeks, Ander Herrera seamlessly slotted back into the midfield and picked up the man of the match award. He is so neat and tidy in midfield, what he has over say Tom Cleverley is he is incisive with his passing. Cleverley’s stats would always look impressive, but without any actual cutting edge, crab-like in nature. Herrera is always looking forward and buzzes around, the Spanish sycronicity with Juan Mata is bordering on telepathic at times. Our little #8 ran the show on Saturday, it will be a travesty if Van Gaal deems him surplus to requirements. Players of Mata’s calibre are hard to come by, but why does it have to be one from two of Mata and Rooney? Saturday demonstrated perfectly that the two can feed off each other without detrimentally getting into one another’s spaces. Mata’s influence in this United team goes under the radar with all the focus on captain Rooney and record signing di Maria, but his record is outstanding.

Mata was able to be constantly fed in dangerous areas before Hull had time to set, and that was in large part down to the interplay between Carrick and Fellaini. The Geordie was majestic on Saturday. He definitely had his Scholes passing radar, there is seldom anyone better in that holding position when he is spraying those one touch passes around the park, and he still remains a valuable component in our squad.

Afroman meanwhile continues to pleasantly surprise me. There don’t seem to have been too many discernible changes to his actual game from last season, yet we are seeing much more productivity. The reason for this upward spiral in form? No burden of being Moyes’ deadline day gamble or simply he is starting to settle and feel more comfortable, as long as he maintains this vein of form that is all that matters. Whether he is the answer long-term is still up for debate and here is not the place for it. For the time being, let’s be thankful we’ve got a midfielder in fine fettle. Keep up the great form, Felli!

Shoutout to our beleaguered Dutchman up front. He has had it rough this season but what a stonking reminder of what he can do. I was in the Stretty end and you could see from the relieved expression and fist pump to our end just how much he needed that goal. He was desperate. Falcao and Wilson are not going to shirk the challenge of taking his place. We were all hoping that equaliser to temporarily halt the Mourinho charge would act as the catalyst for the old Robin to come back. Those questions are being echoed once more, he will be feeling ten feet tall again after that rocket, Stoke tomorrow is another opportunity for the Dutchman to go on a scoring spurt. Some might say he needs to. But Saturday was a timely swing of the left foot, the crowd have not turned on him, we have been there all the way with him and that was acknowledged by that outpouring in front of the Stretford End. Respect, Robin.

I won’t be in my usual position tomorrow night though in the upper Stretty. I’ll be taking in the game from the Chevrolet Centennial Suite. Just hoping it’s not as prawn sandwich as my gut is telling me. If anyone could tell me what it’s like in there I’d be grateful. Even in the exec bit I’ll be loosening the vocal chords, this is an important game in consolidating our berth in the top 4, with one or both of Arsenal and Southampton going to drop points midweek when they clash. It is another game in front of our fans, who by the way have given sensational support this season. Quite rightly, we have been named the loudest in the league. It goes without saying that the Stretty always does its thing, but kudos to the Singing Section too, it really does get the whole ground going.

Don’t forget to check out my Stoke preview, which is coming up, and the other Stretty News content.

Thanks for reading and catch up midweek (after another 3 points hopefully),

P.S. Please leave your thoughts in the comments, I read them all.