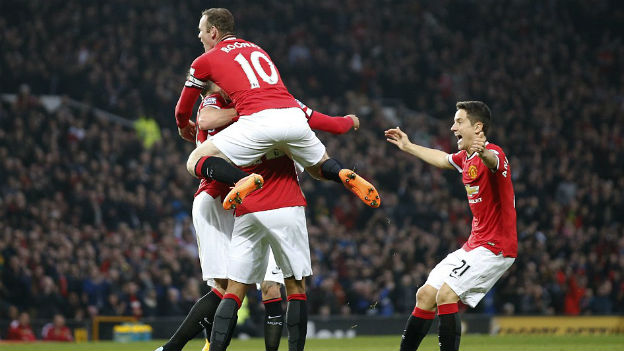 When you’ve been as spoiled as Man United fans have been over the last 25 years, beating Hull City 3-0 at home becomes something that barely even registers beyond the final whistle. Well, it used to be like that.

Last season blew away any semblance of what a boring routine win might look like, as David Moyes ensured that even simple home victories were few and far between, with Old Trafford turning into a place opposition teams loved to visit.

You could see the hangover of that on the opening day against Swansea, when all the optimism of the summer fell apart woefully, like our defence. Since then, there’s been ups and downs and injuries and, well, injuries. When Angel di Maria barely lasted past 20 minutes before limping off, you hardly knew whether to laugh or cry. So we did both.

Given that James Wilson had become the 112th United player this season to ‘pick up a knock in training’, that was two fresh injuries just when we’d started getting players back, with Marcos Rojo, Ander Herrera and Radamel Falcao all able to take part in today’s game.

Luckily Hull were just as accommodating as they were at the tail end of last season, with Hatem Ben Arfa so lazy and disinterested that he didn’t even make it to half time before getting the hook. Heck, they even let Chris Smalling score, making some amends for his hilarious airshot at the Emirates last weekend. It looked a bit dubious (and not just because it was Smalling) but happily it was over the line, so no room for moaning.

After that, Wayne Rooney got his customary goal (even they are becoming routine now) with a nice finish. It wasn’t exactly slick football, with Robin van Persie struggling to get involved and Marouane Fellaini not always linking up well. But Herrera did well after replacing Di Maria, and he makes a great duo with Juan Mata, two little Spanish flies buzzing around menacingly at the edge of the box.

At the back, Smalling and Rojo didn’t have a lot to do, which was a relief given that they had Young and Valencia either side of them, but our back four shouldn’t have much to do in a routine win, otherwise it ruins the narrative.

Speaking of which, with van Persie spared a likely place on the bench by Wilson’s dead leg (presumably caused by accidentally being punched on the thigh by a unnamed Dutch colleague), he pretty much had to score and he did. And it was a lovely strike, one that narrative suggests will kickstart his season. But we said that about the goal against Chelsea, so who knows.

It ended up an easy win and there’s a significance in that because there’s been so few of them in the last 12 months. It kept us in the top four and with City and Southampton still to play each other, meant that we made up ground on one or both of the teams above us. And it meant we saw off the challenge of fifth-placed West Ham. What the hell is going on this season?

Who cares, another routine win over Stoke on Tuesday will do nicely please…