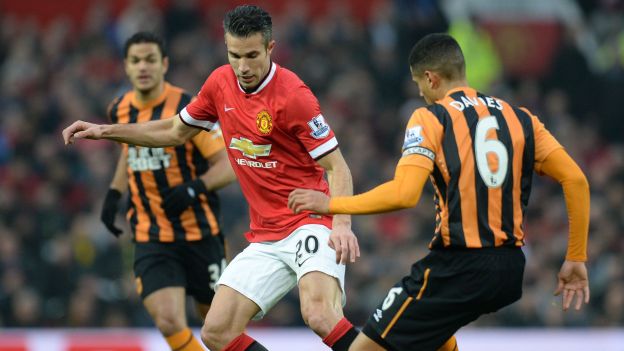 Tactics galore for Louis van Gaal – but when is enough? In the warm up against Hull City, Manchester United lined up in what appeared to be three at the back, but then just minutes into the match, your majesty mixed everything up.

Four at the back, and if asked five months ago who’d be our wing backs I’d be at a loss for words. After dealing with 40 different injuries for Manchester United this season, we’re left with a back four consisting of Chris Smalling, Marcos Rojo, Ashley Young and Antonio Valencia.

Then again, make that 41 injuries. After nearly 10 minutes, Angel Di Maria stretched for a pass from Antonio Valencia forcing the Argentine off the pitch, allowing for Ander Herrera to reclaim his spot in the XI.

The first half was quite disjointed for Hull, who were unable to hold possession. Recently returned from injury, Rojo did quite well breaking up any potential threats from Jakupovic and Quinn.

On the other side of the ball, Hull City would stand firm in their final third as well as Dawson, Chester and Davies led a defensive driven squad.

But the side would break 16 minutes into the match following a Wayne Rooney corner kick, where United saw a flurry of chances turned away by McGregor before finally, Chris Smalling powered a right-footed shot over the line – forcing the use of goal-line technology.

United closed the ball down fast throughout the pitch, and with Michael Carrick in the hole in midfield – Rooney was allowed to move more freely thus interlocking with Robin van Persie at his own peril.

In reality, moving forward, the likes of Ander Herrera may be one of the most vital players in the squad as he consistently was throughout the pitch – he was raring to go.

The was a sense of urgency in this United side that we haven’t seen much of in the past year. Closing men down, thrusting forward, and more importantly – taking chances on goal. The complacent United may not be fully diminished, but the intelligent football seems to be rediscovered by van Gaal’s men as they work towards ‘chasing Chelsea.’

And though it was quite nonsensical at times when Young and Valencia were the two deepest on the pitch, it somehow made sense. Young may not be the best individual defender, and Antonio Valencia may have his share of ‘Dani Alves’ moments, but the combination of speed, attacking knowledge and vigor made sense. In a system where van Gaal believes a back-three may be United’s best option moving forward, these two make the most amount of sense along with a healthy Chris Smalling and Jonny Evans.

United would double their lead in the 42nd minute, as Rooney finished off a brilliant buildup movement – slotting home his 11th goal this season.

With nearly every player on the pitch getting a touch, Rooney slotted home the reds’ second of the match between two defenders, beating McGregor from nearly 20 yards.

The second half would have more of the same for United, as the hosts made it 3-0 after 66 minutes. Hull, in fact, were the masters of their own downfall as Robin van Persie was given acres of space following a telling ball from Herrera, as the Dutchman fired his left-footed shot near post past the outstretched McGregor.

The goal for van Persie comes with great importance with his recent goal-scoring struggles as of late – but as we all know, with one goal comes more.

On the afternoon, Hull City were always two steps behind. Steve Bruce’s men were taken apart throughout the pitch in Manchester, and the scariest thing for Manchester United’s opponents appears to be one thing – they’re injuring football again. The willingness to get on the scoresheet from a struggling van Persie, to a now goal-hungry Smalling is evident in the system in which van Gaal has put in place. With the increasing amount of injuries over the past four months especially, nearly every player within the United organization has a realistic chance of making an impact – from Paddy McNair, Tyler Blackett to even a somewhat third-string Adnan Januzaj.

The depth at Manchester United surely is increasing readily, but injuries are only plaguing and ‘prolonging the inevitable.’ The Manchester United of old, are just that – of old. The squads Sir Alex Ferguson build were surrounded by average/good players who were made into greats. This go around, the Dutchman is bringing in top players, indicating it may only be a matter of time until United surge to the top.