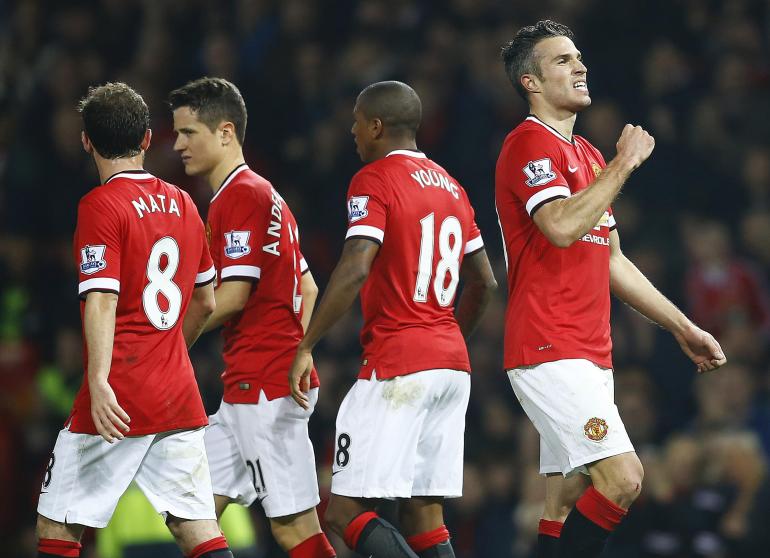 Steve Bruce’s Hull City were no match for Manchester United today as the reds claim their third consecutive win in the Premier League.

Defensively, United had to do very little and David de Gea could have afforded a snooze midway through the game.

Possession was a key factor with Michael Carrick controlling the game as per. His performance benefited from the introduction of Ander Herrera, who replaced an injured Angel Di Maria early on in the first-half.

There was a lot of talk prior to the game about James Wilson getting the nod over Robin van Persie but the Dutch international proved his worth with a stunning strike before being substituted for the return of Radamel Falcao.

On the injury front, Di Maria tweaked his right hamstring and Wayne Rooney picked up a knock in additional time. The later looked less serious.

David de Gea – Had nothing to do all evening. Hull City failed to trouble the Spaniard with just two attempts on target. For the sake of giving a rating all I can really look at is his distribution throughout the game with a 71% pass success rate. 6.5

Chris Smalling – Scored the opener and carried the ball out of defence comfortably. Whatever van Gaal said to him after the sending off against City worked. 8

Marcos Rojo – Great to have the South American back at the heart of our defence. A fitting fixture to return to from injury with a boost in confidence from the clean sheet. 7

Michael Carrick – In total control bossing the midfield and protecting those behind him. Kept surrounding players at ease by creating space and retaining possession. 8.5

Marouane Fellaini – A presence to be reckoned with for any upcoming United opponent. Back-heeling the ball and full of confidence. His booking had fans on edge but Fellaini kept his cool and battled on. 7

Juan Mata – Wasteful at the start but once Herrera came on he improved drastically. Hovered around the midfield area and was found tracking back from time to time. 7

Angel Di Maria – Came off a bit too soon to warrant a rating but ran at Hull’s defenders in direct fashion. A real shame he didn’t last longer. Looked up for it.

Wayne Rooney – In great form at the moment and took his goal superbly. Worked his arse off throughout. 8

Robin van Persie – More involved than Arsenal last week but still has some way to go. The goal came with a sigh of relief not only for van Persie but fans too and it bumps up his rating a bit. 7

Ander Herrera – Top class. Everything you want from a midfielder in today’s game. Sublime passing and won quite a few tackles. I love this guy. 9

Radamel Falcao – Desperate to get his name on the scoresheet. Mata generously squared a pass inside the box on the verge of full-time but Michael Dawson did well to put his body on the line.

Darren Fletcher – Not on long enough to warrant a rating like Di Maria but sent a message of ease around the team. Mr. Safe, or ‘Football Genius’ if you wish.

Man of the match goes to Ander Herrera.