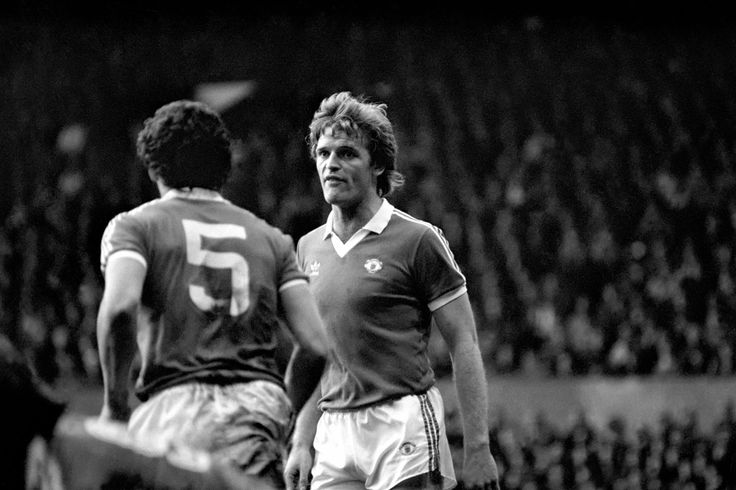 The shirt comes with a certificate of authenticity and is available to bid on at eBay and the starting price is a very reasonable £29.99. Place your bid now before Sunday 8pm GMT when your chance to claim this signed Whiteside shirt is no more.

This item is supplied by MUST – the Manchester United Supporters’ Trust – www.joinMUST.org

Born 26 June 1952 in Kilbirnie, Scotland, Gordan McQueen moved from Leeds to Manchester United for £495,000. This was when he brilliantly stated that ’99% of players want to play for Manchester United and the rest are liars.’

After several attempts throughout his career, McQueen finally won an FA Cup winner’s medal in 1983 following a replay against Brighton & Hove Albion.

Having lost his place in the side to Paul McGrath in 1985, he left Manchester United and his playing career was no more. His daughter Hayley works at Sky Sports News after years on Manchester United’s very own MUTV.