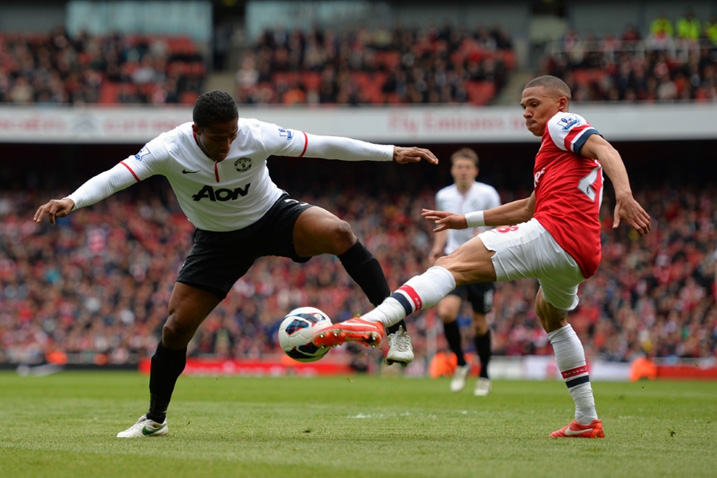 Match day is here and we’re confi… nah, let me rephrase that.

I’m optimistic but not overly. Arsenal struggle defensively like ourselves and have various attacking options capable of making things happen. It works both ways when you look at it from that perspective but we need to hit the ground running after returning from a disastrous international break.

At Stretty News TV we gave our predictions for the starting line-up. I was joined by Ian Patterson and Daniel Stapleton and we all found it difficult selecting a back four due to limitations.

Luke Shaw, Jonny Evans, Phil Jones and supposedly Rafael Da Silva are unavailable so Smalling will undoubtably feature. There is also a good chance of Antonio Valencia starting as a makeshift right back AGAIN with Paddy McNair and Tyler Blackett in contention for centre back and left back roles.

The most common formation tipped in our preview video was 4-2-3-1 with Michael Carrick popular amongst our trio. His addition will add control and protection in front of what I suspect to be a inexperienced back four. Marouane Fellaini or Ander Herrera… or both was another topic of conversation?

Herrera will bring urgency into the side but that said, Fellaini has been in good form of late and could cause Arsenal a lot of problems. It’s a dilemma.

Up front Wayne Rooney and Robin van Persie are definite starters. Well apart from James Wilson, who I highly doubt will start a game as big as this, yet, there is nobody. Radamel Falcao is out for a further 2 weeks so we can forget about that.

Thanks to Ian and Dan for giving their line-up predictions. You can follow them both on Twitter: @IanPattersonMU & @danstapleton89

If you fancy a preview from a rival site we recommend Arseblog – Man Utd preview: Midfield discipline the key