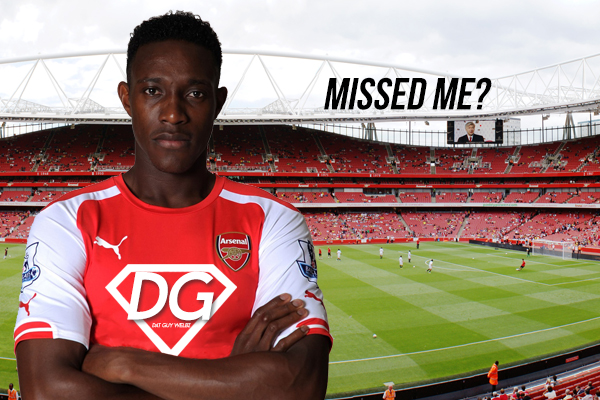 The weekend is near which brings the return of domestic football after a disastrous international break. Arsenal. Fuckin’ Arsenal. “By FAR the greatest team…” with only an FA Cup to show for it.

Keep an eye out for the blog throughout the day as we have an array of Arsenal bloggers and one former player answering questions about their beloved club and, of course, the mighty Manchester United.

It feels like forever since we last played which will be the case from now to May. The lack of mid-week games in Europe should benefit us on the pitch for one season but funnily enough it’s done the opposite. What I cannot understand is injury after injury after injury.

Most thought the lack of games would help us focus on the league and keep our players fresh. Whether it is down to the training methods or bad luck, it needs to be addressed as soon as possible. I would also be of the opinion that it contributes to our struggling defence. Jonny Evans, Chris Smalling and Phil Jones are not as bad as people make out and that would be clear as day to see if they had consistent runs in the team without picking up knocks left, right and centre.

When will it stop? A win over Arsenal on Saturday will set United up nicely for the Christmas run in. Games against teams such as Hull, Stoke, Southampton, Liverpool, Aston Villa, Newcastle and Spurs. It’s not piss easy or anything, but you would expect at least 15 points from a possible 21.

I know it’s easier said than done and you must consider injuries and our lack out consistent form… Blah blah. Realistically, if we’re going to finish in the top 4 results need to improve, especially away from home.

Danny Welbeck’s first fixture against United will be covered in length between now and kick off in print and digital media. It still looks wrong seeing him wear that disgusting shirt in front of the most fickle fan base in England, but they’ll still tell you his finishing needs to improve.

Welbeck will never be a top striker until he masters the art of finishing. We could sit here all weekend and talk about how superb his link play and athleticism can be but strikers score goals.

Obviously, I hope this doesn’t come back an bite me in the arse on Saturday but a goal or two here and there won’t make a difference. 15 goals this season should be a minimum for Welbeck or else he faces another trip down the pecking order at a different club.

That said, I stumbled across physioroom.com this morning and noticed he is a doubt for Arsenal this weekend after picking up a hamstring strain. Imagine Yaya Sanogo tearing our back four a new one. Yeah, me neither.

Anyway, more to come, including a new design that we hope to roll out Saturday morning – updates throughout the day on our social media feeds.

It fills us with a great deal of sadness to hear about the passing of Rebecca Stephenson. I had the pleasure of talking to Rebecca on Full Time Devils over a year ago and her knowledge of all things Manchester United was second to none.

Not only did Rebecca feature regularly on BBC Red Wednesday, she was a former ghost-writer for Sir Alex Ferguson. Our thoughts are with her family and friends during this difficult time. RIP

Contact us via email if you have any questions.