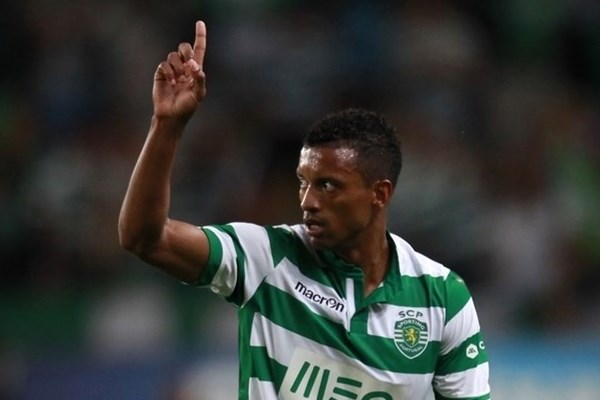 There has been a lot of talk recently about Louis van Gaal keeping a close eye on Manchester United loanee Nani. The Portugese winger returned to Sporting Lisbon on a season-long loan and has thus far done enough to be involved in speculation regarding an early recall to Old Trafford.

Tom Kundert of PortuGOAL brings us the lowdown by analysing Nani’s return to his former club.

The rapturous welcome given to Nani by Sporting fans at Lisbon’s Portela airport upon his “homecoming” from Manchester United illustrated the excitement generated by the return of the Portugal winger, even if only for a season. Used to seeing the best products of its academy heading in the opposite direction, acquiring the services of Nani at an age when footballers’ are supposed to be at the peak of their powers, 27, was a major coup.

It would be a lie to say there were no dissenting voices, with some analysts wondering about Nani’s motivation levels in swapping the world’s most high-profile league for one of Europe’s least watched. Those doubts were exacerbated after a disastrous “second” debut, against Arouca, in which Nani demanded the ball throughout, insisted on taking a spot kick instead of regular penalty taker Adrien, and missing it, then openly displaying his displeasure at being substituted shortly afterwards.

What has happened since, however, has fully vindicated the decision by the player and the two clubs involved to broker the transfer, with all three parties standing to benefit. Nani soon blew off the cobwebs, got better with each passing match and has been a joy to watch in the last couple of months.

He has rediscovered his swagger in spectacular style, netting six times (three in the Champions League) and clocking up seven assists in 13 consecutive matches for Sporting, playing for the whole of the 90 minutes in practically all of them. Nani has taken on the mantle of the team’s attacking fulcrum. Opposition defenders have been at a loss to counter his pinpoint crossing, inventive passing and ability to cut infield and fire off ferocious shots with either foot.

Yet perhaps more impressive than his huge contribution to Sporting’s attacking momentum has been his utmost commitment. Nani has been unafraid to put his foot in, keeps going for the whole duration of the match and has even been sighted tracking back to help out the defence. In short, initial worries that he might expect the team to be at his service and not the other way round have proven unfounded.

He is playing with an energy and zest that has been missing for a few years. It even led to speculation that his loan period will be cut short and a return to Old Trafford could be on the cards in January. Sporting quickly poured cold water on that notion, saying the season-long agreement has to be respected.

Nani himself appears in no rush to leave Sporting prematurely for a second time. “To be honest, I don’t even think about this,” he told UEFA’s Champions League preview programme last week. “The only thing I’m thinking about is the joy I get from being near the people I like and who like me, to feel the warmth from those who gave me a great reception and who believe in me and my ability.”

At the end of the season Nani will resume his career either at Manchester United or at another of Europe’s colossuses, with every indication that he will be brimming with confidence and back to his best. He will be missed at Sporting. Again.