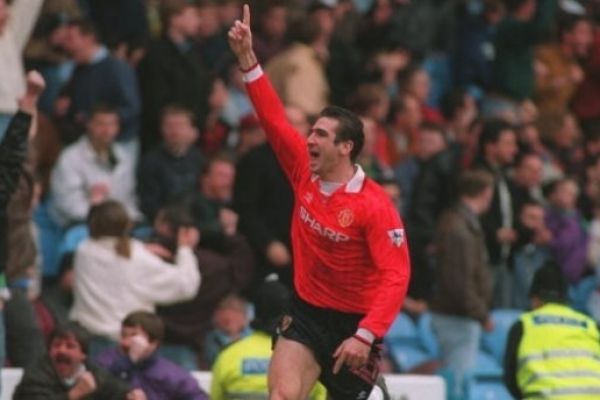 Two weeks ago Roy Keane gave an after dinner speech at Lancashire County Cricket Club as part of the promotional tour of his second autobiography with Irish writer Roddy Doyle. The interesting point, by way of it being a non-event, was the Q&A session afterwards where nobody bothered to ask Roy what the best United team he played in was. Questions such as “Roy are you on Twitter?” were so pointless they may as well have asked him his views on radical militant Islam.

However I’d like to think if Keane were asked what his favourite United team was he would go for the glorious team of 1993-1995 which ran roughshod over everybody in English football and brought in the new era of English football, all-seater stadia, loud pseudo opera build up music and Super Sunday. What bright days it initially promised us after the dark days of violent hooliganism which saw English football consigned to solitary confinement.

The team of 93-95 was stacked full of strong leaders from back to front, had a titanium spine and an edge sharper than a comedian wielding a claymore. The makings of that team began in the capitulation of the 1991/92 season when United threw away the title to a Leeds United team that was rather rubbish bar the magnificent Eric Cantona. Ferguson via the failed signing of Alan Shearer, a £1 million Dion Dublin and flirtations with the likes of Mick Hartford and Brian Deane ended up signing Cantona partway through the next season. A move which turned out to be a reversal of the Johnny Giles transfer to Leeds from Old Trafford in 1963. Giles’s transfer was the catalyst for an eventual transfer of power from Old Trafford to Elland Road in partnership with Billy Bremner and under the stewardship of Don Revie. But whereas Giles then rose to the peak of his powers just as United started to decline in the late 60’s after the glory of 1968 against Benfica. Cantona’s transfer caused a far quicker shift in power in English football.

Cantona added the element of unpredictability and explosive creativity to a talented United team. A team which began with the Great Dane Peter Schmeichel, patrolling his area like an apex predator with lightning reflexes and an imposing demeanour; brave, forward thinking centre half, Steve “Koeman of the Tyne” Bruce (who once scored 21 goals in a season); the midfield steel and drive of Paul Ince who was joined by Roy Keane in the summer of ’93; flying fullbacks Paul Parker and Denis Irwin and the attacking quartet of Giggs, Hughes, Cantona and Russian speed merchant Andrei Kanchelskis. All of it was re-enforced by the likes of Pallister, McClair, and Lee Sharpe and in the first title winning season, the brilliant but ageing captain Bryan Robson.

It was as close to total football as English football had seen, with a full strength line-up they switched from anything from a flat 4-4-2, to a 4-4-1-1 to its ultimate form, a fluid 4-2-4 as seen when United ran riot in East Anglia smashing Norwich City 3-1 when United raced into a 3-0 lead inside the first 25 minutes! United’s title rivals simply could not deal with the ferocious pace and incisiveness of the United rampaging counter attack, it was the Premier League’s equivalent to a barbarian invasion with Ferguson marshalling the hordes. They cut a glorious swathe across the country on the way to two league titles and the FA Cup, including the famous double of 1994, a 4-0 shellacking of Chelsea at the old Wembley dump marking the zenith of Ferguson’s first great team.

The two wide men particularly had opposition running scared, Giggs was the young successor to George Best and for opposition fullbacks it was like chasing a ghost and Kanchelskis could strike into opposition fans just by being near the ball. Indeed the Russian could be seen as a forerunner to the flying inside forwards of today, including his arguable successor at United Cristiano Ronaldo, Gareth Bale, Alexis Sanchez and Arjen Robben. Cantona pulled the strings in the midst of it all though combining artistry with continental machismo and a fiery temper. His brilliance and that of United at a domestic level was typified in the now legendary Manchester Derby at Maine Road

United were coming off the back of Champions League elimination in the fiery bowls of the Ali Sami Yen stadium in Istanbul, hamstrung by the ludicrous eligibility rule that would these days be in breach of the EU’s freedom of movement. 2-0 down to Niall Quinn at half time United roared back in the second half to take the game 3-2 with Cantona conducting the orchestra0 and Keane finishing off the local rivals. United were too good, too fast and quite frankly hard as nails.

Yes, hard as nails, United could play but they could physically batter you down too with people like Hughes, Bruce, Cantona, Keane and Ince. One minute as silky as Sugar Ray Leonard the next bashing your brains in like Mike Tyson. Sometimes it spilled over, as it did in the team’s final season together, 1994/95 with Cantona’s flying kick to idiotic Crystal Palace fan Matthew Simmons. Even then, in a season where United were hampered by long term injuries to Parker, Giggs and Kanchelskis, coupled with Cantona’s suspension and the team hit hard, they were only one goal away from winning three titles in a row at Upton Park. Ludek Miklosko, unfortunately for United, had other ideas.

With that draw against West Ham, United ceded the title to Blackburn Rovers and the team was broken up over the summer. Ince, Hughes and Kanchelskis were shipped out and the “Class of ‘92” were brought through to form the spine of the next great team. The reign was brief, two years tops, but what a reign it was, United’s swashbuckling, hard as nails team of 93-95 made football fashionable again will always retain a special place in my eyes. I would like to think it does for a certain terrifying Irishman too.