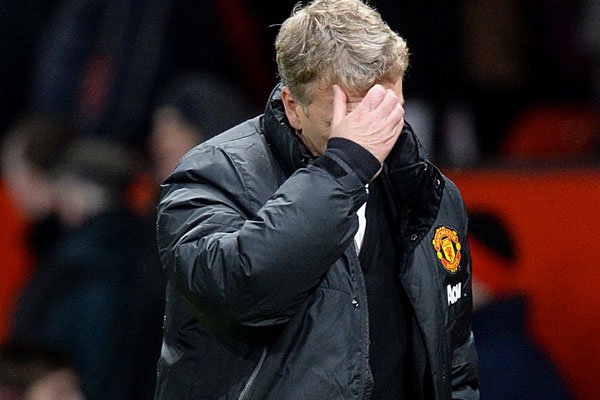 I’ve seen it tweeted many times since yesterday’s defeat to City that United started last season better than they’ve started this one, in terms of numbers at least. But numbers don’t tell the story.

Moyes started the season with the same squad who had won the league a few months earlier. It was a flawed squad, of course it was, but the trace memory of winning was enough to pick up some points. But things got worse and worse as the season went on as the Moyes influence started to take hold, the players lost faith in him and each other and everything went to hell.

Louis van Gaal didn’t inherit a team who’d won the league at a canter, he inherited a team who’d deservedly finished seventh and then lost three quarters of their defence. It was a squad that had been left to drift towards mediocrity by Sir Alex Ferguson and had needed overhauling a year earlier by Moyes.

Van Gaal has started this process and spent a hell of a lot of money doing so, but there’s a way to go yet, particularly defensively. Not buying at least one new world class centre-half in the summer was a catastrophic error, but we’ve gone from having an ageing defence and an awful midfield to having no defence and a great midfield.

If we can start to add to the defence in January (never easy, as I’m sure we’ll be told many times), things will start to look better. If we’d been able to keep any of our existing defenders fit so far, things would already look a bit rosier, but yesterday showed how impossible that has been, losing Smalling to brain death and Rojo to a dislocated shoulder.

That’s our four senior centre-halves all unavailable at the moment, something that would hobble every single club in the Premier League. How would City have coped late on at Eastlands without Vincent Kompany’s frequent interventions while the rest of the team flapped around like frightened hens? We still need a Kompany of course, but for now we’ve not even got Chris Smalling.

But still, a goal down to the Premier League champions at their ground and with a recent history of getting totally thrashed by them, with two midfielders and two teenagers in our back four, van Gaal’s United didn’t fold, didn’t give in and didn’t get thrashed.

Some of that had to do with the bizarre skittishness that took hold of City after the goal (as opposed to the complacency of Chelsea a week earlier) but United fought back and looked the better team for the last third of the match. No equaliser came, but there were chances, while the organisation and professionalism needed to prevent a gung-ho collapse was also evident.

Van Gaal has already seen United get tanked twice in his reign at continental powerhouses MK Dons and Leicester City, so hopefully yesterday was a sign of a bit more resilience coming in. After fightbacks against West Brom and Chelsea, it was another gritty performance.

The important now is to make sure United get back to winning ways at home to Crystal Palace on Saturday. The defence may well be the one that ended the game at Eastlands, but we’ve got the quality in front of them (especially if Falcao and Herrera come back in) to make that not matter.

Under Moyes, we may have had more points than we do now, but we were a team in terminal decline. Now we’re a team showing signs of spirit, adventure, creativity and recovery. That’s the difference Louis van Gaal is making and by the end of the season I believe the stats will have caught up to show how much better off we are.