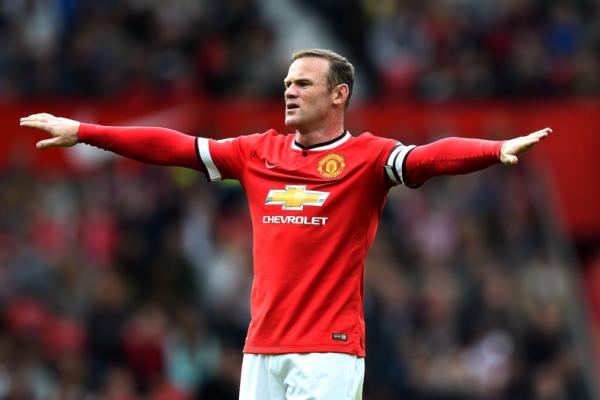 Derby day is upon us yet again. The footballing fixtures for us reds where losing is simply not an option. The sort of fixture that gives us spooks, comes on Halloween weekend.The 168th Manchester derby could be one of the most significant in recent times.

The pre-match jabbing commenced with Aleksandar Kolarov claiming that city have been ‘superior’ to United in the last 6 years. Head to head that maybe so, but that pales into insignificance when we see the bigger picture- excluding the Community Shield, city’s 4 major honours really does look ‘superior’ in comparison to our 6. Nice one, Kolarov.

Van Gaal responded in his pre-match presser by saying that city look soft and vulnerable and he is not jealous of their Sheikh money, preferring to lavish praise on his set of players, commending the never-say-die attitude that has returned to its familiar roots at Old Trafford, with two late equalisers in the last two fixtures.

For a lot of Van Gaal’s troops, it will be their first taste of the derby. As two former United stalwarts would tell them, the derby is not a fixture to shirk responsibility, there is no hiding place. Nemanja Vidic and Patrice Evra both had rude awakenings into the relentless hustle and bustle of the Premier League. Their first derby ended in a lacklustre 1-3 away defeat, Marcos Rojo, Angel di Maria, Daley Blind and co will have their mettle tested to avoid a similar fate on Sunday.

Rojo, di Maria, Zabaleta and Aguero were Argentinians united this summer, but sentiment is not a word that will figure in the derby dictionary. Time to put aside friendships for one afternoon, this game is everything for both sets of fans.

The noisy neighbours’ form has dipped since their victory over Tottenham at the Emptyhad, aided by some dodgy penalty decisions it must be added. It is now three without a win in all competitions for them, something that Van Gaal will be well aware of and no doubt he will be emphasising to the players that the pressure is all on them, with the Chelsea juggernaut looking the real deal, there can be no more room for slip-ups as far as they are concerned.

So victory at the Emptyhad would be unbelievably sweet.

Is this a good time to play the berties? Possibly. There will either be a backlash, which we will have to ride out and continue the promising defensive performance witnessed at home to Chelsea, or an edginess which we can definitely play on with our potential on the counter attack.

city have won 5 of the last 6 derbies, including the last 3. A 4th win on the trot for them would be the first time they have achieved that feat in 44 years. That is a stranglehold that is tough to take and it’s time to settle some scores this weekend, especially with them looking fragile in recent weeks.

Big news from the home side as David Silva will miss the derby with a knee injury. With their main creative weapon missing, that is a major boost for us, with James Milner likely to deputise, not of the same ilk. Yaya Toure, who has been an injury doubt with a groin injury, is likely to be fit with the help of some pre-match cake. Frank Lampard is rated as severely doubtful. Sergio Aguero, somehow avoided retrospective action for a stamp at West Ham last weekend and will take his place in the team. If that was Mr Rooney on the other hand?

Speaking of the skipper, Van Gaal has quashed injury rumours and is likely to return to the starting eleven. Antonio Valencia could return to the squad after recovering from injury, but Radamel Falcao, Phil Jones and Jonny Evans miss out through injury. The selection headache for Van Gaal will be who misses out for the captain, with Adnan Januzaj and Juan Mata the most vulnerable.

“What we have seen in the last matches (from city) was not so good.”

“We have a good feeling about this match. We need a good result and it could be against Man City.”

“It is one of the 38 matches we have to play but, for the fans, it is unbelievably big as a rivalry”.

“I am not jealous of the squad of Manchester City,” he said. “I am proud of my players and that is the most important thing and when we play like a team then we have a big chance to win.”

With a win, we would move to within one point of city, all the pressure however is on the home side, with a creaking defence, slump in form and a relentless Mourinho side. It could all play into our hands.

It could well be a good time to face the champions, and what a place it would be to claim our first away win of the season.

A panel of SN writers selected their team line-ups for the derby. Click here to see their predictions.

Elsewhere, Dale joins some of the best football writers on RoM giving his Manchester derby prediction.