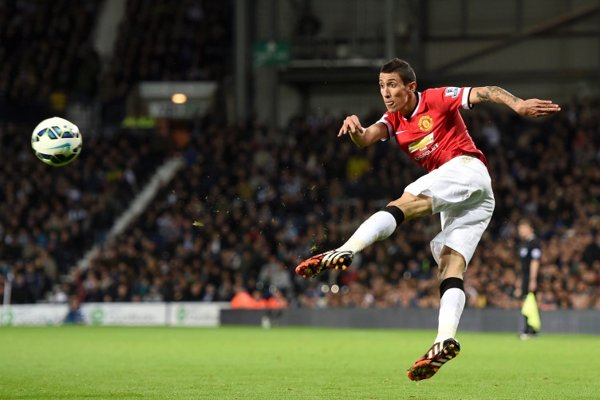 Two managerial giants lock horns on Sunday as Louis Van Gaal comes up against his once protege Jose Mourinho, it is just one intriguing sub-plot in a heavyweight contest which is sure to be a worldwide event.

Ceaseless have been the amount of pen scratching on paper this week dissecting the styles, fortunes, egos, successes and trophy hauls of two of the games ‘characters’ for want of a cliche.

Astonishingly, Sunday’s match will only be the second time that Van Gaal and Mourinho have pitted their wits against each other, the first occasion being the 2010 Champions League final. Mourinho beat Van Gaal as Inter Milan saw off Bayern Munich.

It is not just the A-list managers that exist as the subordinates in this fixture of grandeur, two of the world’s best young goalkeepers will be on display as De Gea will offer United’s best chance of getting a credible result and hopefully notching past Thibaut Courtois.

Luke Shaw will be looking to put an inauspicious performance against West Brom behind him against his boyhood team. His mettle will certainly be tested with the likes of Oscar, Willian and Eden Hazard one of the stiffest tests in the English game, he will be needed going forward too, if he can put their wingers on the back foot and force them to do their defensive duties, he will be a good outlet on the left-side especially if, as expected, Angel di Maria is fit to play. Mourinho fueled the flames immediately after Shaw shunned Chelsea for Old Trafford by saying Shaw would have ‘killed the stability’ in the dressing room due to his wage demands. Isn’t it nice to see United pipping a rival to the post, especially when it’s Mourinho?

Another insipid performance on Monday came from Juan Mata, his lack of intensity and pace would have given Mourinho a smirk of vindication as those were the reasons cited for his January exit. The first reacquaintance for the Spaniard will be the ideal opportunity to show United what they were buying into and remind everyone of his quality, he certainly has a point to prove particularly with a certain captain due to come straight back into the side after he serves the last game of his suspension tomorrow.

Cesc Fabregas, a man who United very publicly courted to no avail, returns to Old Trafford just over 10 years since the infamous ‘PizzaGate’ when he hurled a slice onto Ferguson’s brow after United had ended Arsenal’s invincible run. Fabregas could potentially be on the receiving end of a hostile atmosphere, in truth, whether he can unlock the door will be pivotal to how the game will pan out.

The final sub-plot in this spectacle comes in the shape of Angel di Maria, one of Mourinho’s go-to men during his time at Real Madrid, there is a healthy friendship and respect for one another there. Something which can also be said for the two managers. Mourinho has always been sheepish and not the usual brash arrogant self when discussing his side’s chances against United. He was practically auditioning for the Old Trafford hot-seat during ‘that’ Champions League match, he would probably have walked over glass to take over from Sir Alex Ferguson. There has always been a genuine respect and almost admiration from him towards United, the three years spent under Van Gaal’s tutelage has only strengthened that rapport.

Okay, so Chelsea with a 100% win percentage in their last five outings against a defence that continues to look porous does not bode well and that has been reflected with opposition fans, supposed experts branding this fixture as a David vs Goliath encounter. Well something similar happened last season, something when all was said and done was a rare ray of light in an otherwise miserable season.

Conveniently, ten years on from ‘PizzaGate’, Arsenal were again the opponents. United were written off as if we were FA Cup minnows against an all-conquering side, not the record title holders against a side who, at that time, were trophy-less for nine years. United were reading a different script, their former striker Robin Van Persie headed in the winner and milked the moment. The pre-match favourites, or the Harlem Globetrotters by all accounts, were beaten.

This is what United teams of old did, they turned up when it mattered and raised their game when the obituaries were being written, with Chelsea and city to come in consecutive weeks, we need a performance. The crowd will be up for it and will play their part, it is now up to the players to use that enthusiasm and energy and reward us with a special victory, against all the odds.

Great news for us, as our main spark and revelation in recent weeks Angel di Maria has been declared fit to play. He looked a cut above at The Hawthorns and it will be a massive boost to see him take to the field, as he presents our best chance of getting anything.

Michael Carrick is pushing for a place in the squad after coming through 64 minutes in Friday’s under-21 match against West Ham, Marouane Fellaini’s impressive cameo on Monday has certainly put him in contention for a starting berth, and could be a useful asset at both ends, defending and attacking set-pieces.

Wayne Rooney serves the final match of his three game suspension, which probably safeguards Juan Mata’s position in the team. Louis Van Gaal has a big decision to make, does he stick with out of sorts Robin Van Persie or pick Radamel Falcao, who certainly gave us an added impetus on Monday?

Cesar Azpilicueta’s red card at Crystal Palace last weekend means he starts a suspension, meaning Filipe Luis is likely to deputise. Mourinho says that Diego Costa has a ‘little chance’ of facing United, so do not be surprised to see him start, especially as they will look to exploit any frailties at the back.

Loic Remy, who would have filled in for Costa, is definitely out with a groin injury but Ramires and John Obi Mikel are back in contention.