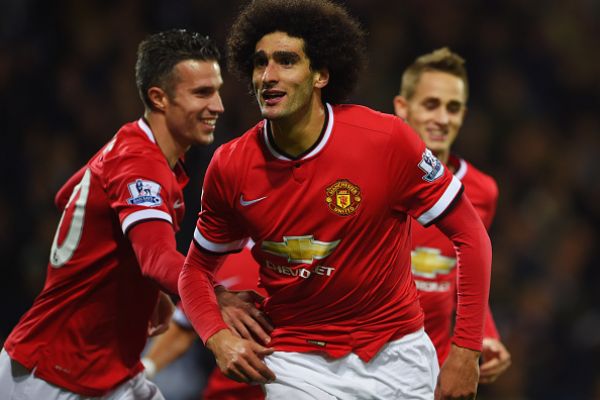 If it wasn’t for a late Daley Blind equaliser Manchester United would have suffered their third defeat of the season against West Brom.

Louis van Gaal welcomed Phil Jones and Ander Herrera back into the starting eleven on return from injuries with Michael Carrick and Marouane Fellaini making the bench.

I firmly believe our slow start to the Premier League campaign stems from an array of injuries and having a genuine lack of adequate options. That alone inflicts inconsistent team selections and to prove that, I cannot remember the last time we had the same back four for 2 or 3 consecutive weeks.

Marcos Rojo and Phil Jones played alongside one another tonight for the first time and it showed. While I am not excusing individual errors a combination of this sort takes time to amend, not 90 minutes or a few weeks in training.

The result was very disappointing but our performance did not warrant 3 points. We played well in patches but there were faults all over the place and unless we drastically improve by the weekend, Chelsea will knock up a cricket score at Old Trafford on Sunday.

Oh… the Manchester derby is a week later too.

I don’t mean to sound pessimistic but we do need to be patient. Adnan Januzaj and Luke Shaw are targets amongst impatient United fans across social media tonight, and although neither showcased a good performance or did anything too memorable, where is understanding that these are young talents with plenty of learning and development to undertake?

Before I sign off and indulge in a Hawthorns-esque nightmare as experienced earlier, Fellaini’s efforts should be noted. The Belgian midfielder replaced Ander Herrera at half-time, scored a cracker immediately, and retained possession better than any United midfielder on the pitch.

All we can do is hope the rest of the players injured are near return and that we can get something off Chelsea this weekend as opposed to a hammering.

*Sound of the laptop shutting*