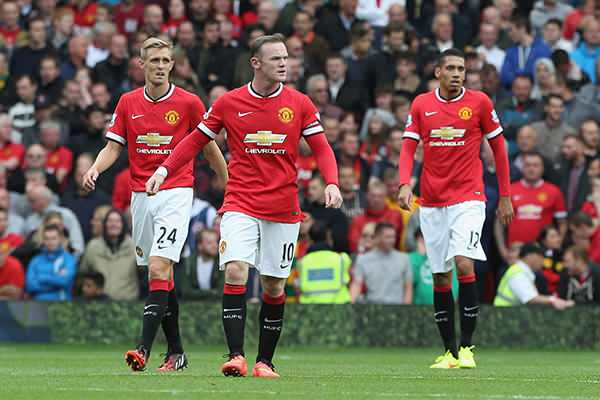 The excruciating two week international break is finally over, which means the real football recommences. United’s next match is away to West Brom on Monday night, with kick-off at 8pm.

After successive home victories over West Ham and Everton, United have moved into the top 4 for the first time in a year, and with stern tests against Chelsea, city and Arsenal all to come, it really is imperative that United continue their ascension up the table in the Midlands on Monday ahead of those blockbuster fixtures.

United won the corresponding fixture last season 3-0, in one of David Moyes’ more routine victories in a turbulent campaign. Goals from Phil Jones, Wayne Rooney and Danny Welbeck secured all the points, as Moyes triumphed over Pepe Mel, both of whom did not manage to survive in their job come May.

Mel’s successor at The Hawthorns is somewhat ironically Alan Irvine, who worked under Moyes during his decade of service at Everton. Results have been mixed so far for their new head coach, they have lost 3 of their last 5 games including a narrow 2-1 defeat at Anfield last time out.

Before that game at Anfield, however, their form looked to have taken an upward curve, with a crucial 1-0 away win at Mauricio Pochettino’s Tottenham followed by a convincing hammering at home to lowly Burnley by four goals to nil.

In that comprehensive victory was a hat-trick from England Under 21 prospect Saido Berahino, who also scored the winner at Old Trafford last season. Berahino is comfortably West Brom top goalscorer this season with 6 goals in all competitions, with the next best being 1 goal. Berahino could be considered unlucky to have not been included in the England senior squad, with a real dearth of natural goalscorers. He is quick and got a real eye for goal, particularly against a fragile United defence, he could well fancy his chances and will pose the biggest threat.

The home side are likely to have record signing Brown Ideye and Chris Brunt back from injury, they will be without Claudio Yacob however, who has returned to his homeland Argentina having been granted compassionate leave.

Louis Van Gaal stated in his press conference that only four players are now on the injury table (Paddy McNair, Jonny Evans, Antonio Valencia and Jesse Lingard), however the game could come too soon for Michael Carrick and Ander Herrera, despite taking part in a full week’s training.

Captain Wayne Rooney serves the second part of his three game ban after his red card against West Ham.

“I think West Brom are very difficult to beat, especially at their home,” the United manager said. “They play not only long balls but they also play a positional game. They are dangerous opponents. But no opponent in the Premier League is easy to beat.

“We have to start with a victory after the international break because we have won the last two games, but West Brom did that too so they also want to win the match. It won’t be easy.”