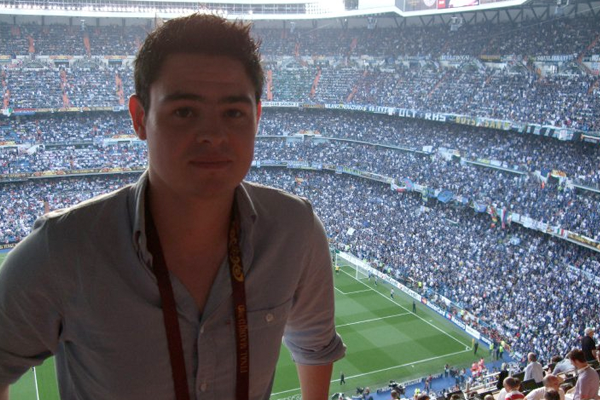 Miguel Delaney has done bits throughout the years for SN. I spoke with him this morning about Louis van Gaal, transfer activity, United being champions again and the Sir Alex Ferguson versus Roy Keane argument.

Here is what I came back with.

1) What have you made of Louis van Gaal’s start at Manchester United?

To be honest, Van Gaal is the kind of manager where I would never have drawn any conclusions from the first two-three months. There were always going to be teething problems, especially with the systems he tries to instil, and the only real issue was going to be over how much they could weather that to give themselves a strong foundation or something they really had to recover from. Despite all the chaos, they’re now in an encouraging position. In the long run (or perhaps more accurately, the medium term of 1-3 years given his career) I would have no doubts about Van Gaal.

2) Reflect on the club’s transfer business during the summer.

Am still amazed they spent so much but didn’t sign a leader centre-half or a strong midfielder. Beyond that, given how dismal last summer and January were (Mata notwithstanding), they probably did better than expected. Di Maria is an absolute coup. He may not have been their most pressing concern, but that’s not to say they didn’t need him. Also, “value” is relative. No-one ever talks about a player’s price if he’s a success and, since United needed him, what’s the difference of an extra 20m to a club like that?

3) Judging on what you have seen already this season, who do you think is most likely to lose out on a place in the top 4?

I change this answer every week! That’s not me sitting on the fence, it’s because this season hasn’t really settled. Think it could end up a real dog fight for two players between United, Arsenal and Liverpool. Still too hard to say what any of their baseline levels are. (So, yes, that’s a bit of sitting on the fence)

4) How long should it take for United to be realistically back with a chance of being champions again?

A season. Or, to put it more accurately, at least one more transfer window. Maybe two.

5) Is there any upcoming journalists you would recommend our readers to look out for?

Really enjoyed it, and found much of it very funny. Some great lines. I think, if people can get past their own pre-existing perceptions and read it at face value, he’ll change opinions. Many often describe him as bitter, but I think that’s a mistake. No-one bitter would go to such pains to explain their motivations. He’s not bitter. He’s blunt. Keane just can’t give an opinion without being completely honest, and that should be lauded. Better honesty and reality than face-saving views to avoid criticism. Like, he’s got some stick over the past few years for saying some things about United. People need to grow up a bit if things like that affect their opinion of him, especially if you’re a United supporter! You’d think 12 and a half years of service would trump some off-hand TV opinion on single matches!

7) How do you see the Fergie v Keane argument?

Ultimately, I suppose a bit of a shame. Also, however, some way inevitable, given the personalities of the two men.

8) Who do you tip to go down this season?

Chelsea. Only a brave man would say any different at this point.

For updates throughout the day, get following @StrettyNews.