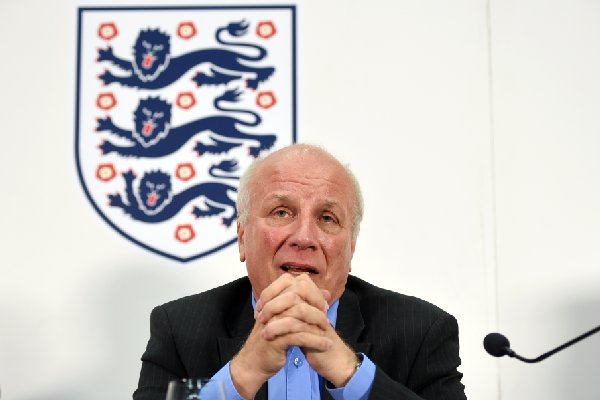 This week I decided to write something for this website a little wider than just what was going on at United. Partly because there is only so many ways you can say United have lots of injuries, problems at the back or Rooney is a bit daft (I’ve certainly said the latter more than enough now). The other reason though is because a long standing issue in the game has heated up again this week and I felt it was worthy of a mention amongst all the match reviews and previews.

Football is seen as unfairly targeted by people for how it deals with racism. People saying that is unfairly targeted and that the game isn’t racist at all because Black footballers or that people who attack the game for its failings in this area are being too “PC.” As if we’re in a post-racism world or more accurately if you were to hear what people were thinking you would hear “I don’t care about racism, black people aren’t good enough, stop talking about it.”

One of those people is disappointingly Trevor Brooking, who apparently look through the magical looking glass and expects there to be 10-20 black managers operating in the Football League within a decade. Saying that he didn’t why “three black coaches be in the final shortlist if they’re the best” but going on to say that he wouldn’t put someone in for the sake of it who wasn’t ready.

Of course Trevor we’re not asking for three candidates we’re asking for one and for them just to have a chance. Not to be given the job on the spot, have the stadium named after them or have all the red Smarties removed from the bowl, just to be given a chance. To be given an opportunity to demonstrate their vision to take a football club forward off the pitch. That chance is not being given though. Paul Ince for instance should be a shoe in to be in contention for any job in the Football League after creditable work for Macclesfield and MK Dons and even managing for a time in the Premier League with Blackburn Rovers. Some may point to his sacking at Blackpool counting against him but considering the how the club is treated by its unsavoury owners, The Oyston family, it shouldn’t be held against him.

However Ince is not in work and hasn’t been since January and in his own words it isn’t for the want of trying. Only two vacancies from 92 have black or ethnic minority managers at the helm: Keith Curle at Carlisle and Chris Powell at Huddersfield. Currently the likes of Leroy Rosenior, the excellent Chris Houghton and the aforementioned Paul Ince are out of work, not even in coaching roles. This is despite 25% of players in the football league being people of colour.

Intelligent men who have played at the top level such as Sol Campbell are leaving the game altogether once retiring. One would think with his experience, success and his intelligence, clubs would be scrambling over one another to bring him in on their coaching staff and right now he should be in possession of a UEFA pro-license with a view to managing a club. However that is not the case and indeed Campbell’s previous accusations of the powers that be in the game being racist carry a lot of weight. Oliver Holt in an article slamming institutional racism in the game two years ago presented the example of former Arsenal player Paul Davis, another “thinking man’s player” with winners medals like Campbell. He was offered nothing and doesn’t even apply for jobs anymore. Scandalous when you consider chancers like Harry Redknapp continue to be offered top jobs despite having a prominent role in bringing Portsmouth football club to its knees and his tactical knowledge being limited to “run about abit.”

Football is still racist, right up to the highest level. Greg Clarke the chairman of the Football League promised to bring up the Rooney rule at the Football League AGM, he did not. Brooking, a former FA bigwig himself, went onto say in his nonsensical ramblings that people of colour weren’t putting themselves in the right positions for jobs and expected things to be handed to them. Richard Scudamore and Greg Dyke, arguably the two most powerful men in English football have been noticeably silent on the issue.

Remember it wasn’t long ago that Rio Ferdinand was essentially forced into international retirement after his younger brother Anton had the nerve to allow himself to be racially abused by England’s “Lionheart” John Terry. Terry, despite being caught red handed clearly belting out a very nasty racial slur to Ferdinand was given half the ban that Uruguayan cannibal Luis Suarez was given for the same offence on some nonsensical basis of context. Apparently the FA accepted Terry’s explanation that he was in fact not being racist but laying out an innovative piece of live performance art to satirize the institutional racism still prevalent in British society. The difference between Terry and Suarez is that Terry is white and English and Suarez is not.

That statistic shows there is no need for a debate about whether we need a Rooney rule, it needs to simply be implemented immediately. These are people who have to suffer indignities daily in and out of the game, they deserve the same chance as white people regardless of the passive and institutionalised racism of people like Trevor Brooking.