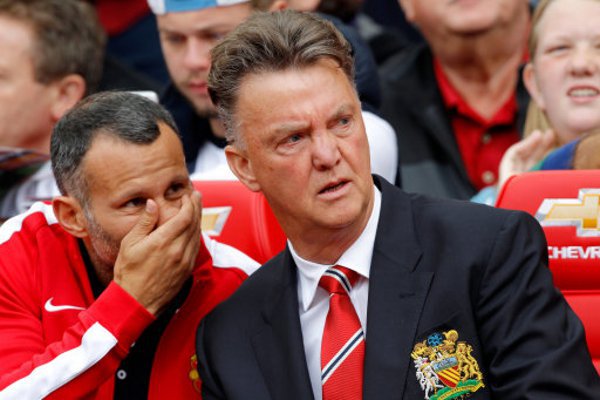 It’s easy to get carried away after a football match. We’re all guilty of it. After the 4-0 trouncing of QPR we were all quick to our keyboards (or phones) to praise the attacking fluidity and urgency shown by van Gaal’s United. But, inevitably, after the elation of victory eventually fades away things become more stark and realistic. Yes, the QPR win was impressive, but QPR are not very good at football and most people recognised this. United and non-United fans alike were quick to temper the enthusiasm garnered from that victory and they were correct to do so.

The same goes for people’s reaction to defeat. In the immediate aftermath to a defeat it’s easy to get caught up in all the negativity and find it hard to see any positives, just as it’s so easy to only see those positives after a win. The reaction to Sunday’s defeat was a perfect illustration of this taking place. Despite having much to be encouraged about in the first sixty minutes of the match, the only focus was on United’s capitulation. To be fair, the side did completely fall apart, and that is something worth discussing and dissecting. But just as it’s dangerous to only see the bright side after a win, it’s a similar waste of time to only concern yourself with the negatives after a result that didn’t go your side’s way.

When Louis van Gaal took over at United he made it perfectly clear that it takes time to do things his way. His Bayern side, which laid the foundations for Pep Guardiola’s current dominators, started poorly under the Dutchman. He won only one of his first four matches in charge and indeed, unlike at United, there were rumours of him being replaced by Jurgen Klinsmann. By the end of that first season, his side had won the domestic double and narrowly failed to win the Champions League. Throughout all of his early struggles in Bavaria, van Gaal stressed the importance of patience and reiterated his status as a prozesstrainer. Sound familiar?

To be honest, I can understand some United fans’ impatience, to a degree. I personally feel that many fans have been scarred by the events of last season. They so want to believe that things have and will change that they overreact to victory and defeat with equal enthusiasm. They’re so desperate to believe that our most recent victory is the start of something new and brilliant that when that next defeat inevitably comes, it’s treated like the end of the world. Admittedly, there are plausible reasons to be concerned. Against Leicester and throughout all of the season so far United have looked nervous defensively. But this shouldn’t be a surprise. It’s common knowledge that our defence is the weak link of our side. This has been exacerbated by the massive upgrades seen in the attacking areas of our team. Combine this with the fact that the entire side is in the midst of a steep learning process and it’s not that surprising, People may be right to criticise van Gaal for not bringing in a world class centre-back but I’m sure it wasn’t for the lack of trying.

What van Gaal sees and says, but what many fans can’t seem to get their heads around, is that this is a long process. Van Gaal didn’t come in for a quick fix. He joined the biggest club in the world commercially, but one that had fallen behind its domestic and European rivals in almost every facet of player recruitment and evaluation. He’s righting the wrongs of years of mismanagement regarding recruitment policy and the by product of that; a dilapidated first team squad. In his first summer he sold fourteen players and brought in six. Just look at those numbers and then cast your mind back to the reactions that have met all of our poor performances this season. Parts of the media are just as culpable in this respect. Monday even saw The Sun deride van Gaal as “worse than Moyes” but what can you expect from The Sun if not sensationalist bullshit? Exactly.

An equally daunting task for van Gaal at United is addressing the lack of confidence and leadership at the club. These two go hand in hand and the problems surrounding them can be dated back to last year. Under Moyes our side collapsed steadily over the course of the season. There were moments (the 3-0 win over Olympiakos, Pat’s opening goal at the Allianz) when fortunes appeared to be improving but as became a theme under Moyes, defeat and negativity was never far away. Now, look back and remember how you felt during these moments. Gutted is probably the best description. Watching your side, champions only the season before, being dismantled by technically lesser sides on a weekly basis. It was incredibly difficult. Now, imagine playing in that side. Imagine having won the league in 2012/13, thinking you were the best in the land, only to be brought down to earth with the most ego and arse-shattering of bangs.

We often speak about confidence in football but this is countered by the general public’s perception that footballers are unaffected by much of what happens. There is a perception that it is only us fans who truly care, and that the players are just collecting pay cheques. I believe this is an unfair assumption and that has been reflected in United’s performances both this and last season. These players aren’t actually worse than they were two years ago, but their lack of confidence and belief has led to it seeming that way. Out of all of this, very few players have stood up to be counted and this has reflected itself in a discernible lack of leadership at the club. The players at the club during Moyes’ time still appear effected while the new players haven’t been around long enough to exert any real emotional influence.

Van Gaal’s current United side is not the finished product, he’d be the first to admit that. But that’s not to say there aren’t any positives. Look at our defence, where Tyler Blackett has unexpectedly become a mainstay. Who could have foreseen the progress he’s made this season? It’s a bonus underappreciated by many United fans. While the rest of our defence has struggled we’re still waiting for Luke Shaw to make any kind of impact. The big-money signing from the south coast has yet to start a league game ad once he does I feel we will truly start to see van Gaal’s defence take shape. A return to fitness will see Marcos Rojo become available to play centre-back and while he’s had a mixed start to life at Old Trafford, given time he will settle and improve. Then there’s the performances of Rafael. The Brazilian whom we all know is supremely talented has been saying (and for the most part doing) all the right things since the new manager arrived and it appears he’s ready to make the right-back spot his own. Add to this the prospect of a fit and ready Phil Jones returning to the side and suddenly things don’t appear as bleak.

Of course, we could do with another centre-back and perhaps another centre-midfielder but for people to say we’re desperate for both after five league games is an absurd overreaction. Wait until the team is settled and playing how van Gaal has imagined and only then should judgement truly be passed.

Overreaction to all things United is nothing new, but for their own sanity United fans must look at van Gaal’s reign realistically. History is a great indicator of the future and there’s been nothing in van Gaal’s managerial history to suggest that things will happen quickly or easily for the Dutchman at United. But history also tells you that with a bit of patience, investment and time van Gaal always comes good. United fans need to sit back and see the bigger picture. Things are changing, slowly but surely. It may be tough to watch at times, but it will be worth the wait.