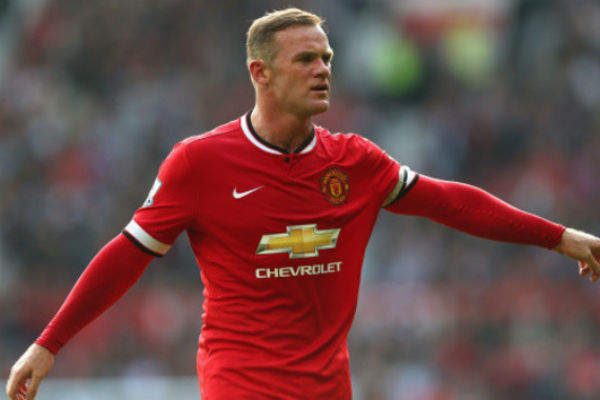 In some parallel dimension, that guy who looked like Tom Cleverley’s more threatening cousin got penalised for shoving Rafael over near the corner flag and Man United went on to beat Leicester 4-1 (Juan Mata came on and got a goal for my fantasy team near the end). I wish I lived in that dimension. This dimension sucks.

In this dimension, United can’t defend for toffee and Mark Clattenberg makes ridiculous decisions. To be fair, he’d probably do that in any dimension. And we’d probably still make Vardy and Ulluo look like Pele and Maradona, like we did after Leicester’s equaliser yesterday. And Wayne Rooney’s idea of what a captain does would still be to berate his team-mates and the referee all the time.

Ah, Captain Wayne. A long time ago, I thought he’d one day make a really good United captain, he was vocal, passionate and always tried really hard. Against Leicester, he was vocal and passionate, particularly in the aftermath of their equaliser, with Sky showing a clip of him roaring at the hapless defenders, even though the goal had been largely his fault for an appalling ‘clearance’ right across his own box.

Whatever he said to them (I’m guessing ‘fuck’ and ‘fucking’ were regularly used words), it clearly didn’t do the job, because United’s defending got even worse after that. Almost like the fragile confidence of Smalling, Blackett et al was shattered by an angry Scouser blaming them all for his mistake. Meanwhile, he was wandering around up front giving the ball away and achieving nothing.

It’d be wrong to say Rooney had a particularly awful game yesterday, he did some good stuff, linking up well with Di Maria for his stunning goal and playing a lovely ball over to Falcao when he hit the bar. He certainly fit in better with those two than van Persie, who scored but otherwise looked no more engaged and interested than he did last season.

Certainly getting dropped was very harsh on Mata, who had excelled in the number 10 role last weekend against QPR, but this is the problem that van Gaal has given himself by making Rooney captain and, therefore, undroppable. Announcing his captaincy before the start of the season seemed an odd move at the time (though not as odd as making Fletcher vice captain), when he could quite easily have extended his rotation of the armband until he knew who his squad would be and who the most influential players were.

Our problem last season was a total lack of leadership on the pitch, and it’s been an issue really for longer than that. Nemanja Vidic was a great player for United, but I wouldn’t say he was a great captain, as he rarely seemed to inspire those around him in the manner of a Robson or a Keane or even a Cantona. Same goes for Gary Neville before him, really.

Maybe it’s just that I was spoilt, growing up in the eras of Robson, Bruce and Keane as captains, but yesterday showed that United still badly need someone like that in their squad to try and stop everything falling apart as catastrophically as it did. Against LEICESTER.

Of course, for two thirds of the game, there were lots of positives about it. Di Maria and Falcao looked classy as hell, and but for the referee’s continued inability to recognise Leicester’s thuggish behaviour and his inexplicable decision to reward them for it with a penalty, we’d have won.

But it wasn’t his fault that we lost, nor his fault that our defence and midfield disappeared into thin air every time the home side got the ball after that. It was a desperately disappointing end to a promising game and showed that we’ve still got a long way to go. Hopefully our captain knows what he’s doing.