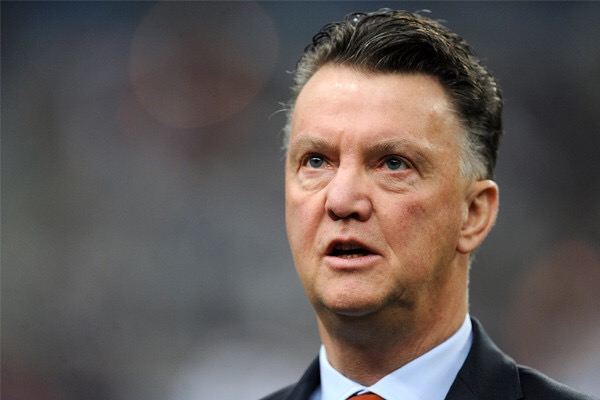 3-5-2. If I see or hear those three little numbers at any point during the build-up to Sunday’s game against Leicester I may just scream.

Screaming may well be a slight exaggeration but shaking my head in a disapproving manner is not.

Surely there can’t be many United fans out there, especially in the wake of the QPR game, who are gunning for a return to a system which seemed so alien to the players it may as well have come under Chapter 2 in the David Moyes’ Big Book of Tactics – Chapter 1 being The Art of Crossing.

I’m not for one second getting carried away with a victory over a QPR team destined for the bottom three…even though I may have watched MOTD, MOTD 2, Goals on Sunday, Premier League Review and read every match report going. There have been numerous false dawns in recent months. Remember when we beat Swansea at the beginning of last season. I thought ‘bloody hell, Moyesie’s going to win the lot’. The 5-0 win over Bayer Leverkusen, ‘this is it, we’ve turned the corner’. Even under Van Gaal this pre-season. Calm and collected on the outside, I was telling mates ‘it’s only pre-season, we’ll just have to wait and see what happens’. Inside, I was screaming ‘get that champagne on ice, we’re going to absolutely destroy the league this year’.

What the QPR game did was make the prospect of watching Manchester United play exciting again. The quick passing, the blistering counter attacks, midfield inventiveness, it was like watching, well, Manchester United.

However, there was one Van Gaal quote that stood out in amidst all the ‘Angel Delight’ and ‘Blinding Performance’ headlines.

In explaining his reasoning for ditching the 3-5-2 for that particular game he said: “I don’t have five defenders fit so it was easier for me to decide the formation. Chris Smalling and Phil Jones are injured so I have to use the players I have available.”

So it may not be the last we’ve seen of 3-5-2. And no matter how many ways I look at it I can’t for one second understand why.

It’s as if this formation has become Van Gaal’s naughty little mistress.Circumstances saw him stray just before the World Cup, she gave him a few unforgettable nights in Brazil, led him on further still during their time away in America but now he’s tried moving her into his new home on a more permanent basis and it’s all gone a bit tits up. It’s time to go back to what you know and love Louis – albeit with a bit of twist.

Disclaimer: I am in no way claiming Louis Van Gaal has been indulging in an extra marital affair. Truus seems like a lovely woman and he is very lucky to have her.

Rio Ferdinand, during his latest round of merchandise peddling, mocked Moyes for not playing 4-4-2, with flying wingers, the United way.

While 4-4-2 may be in United’s DNA, so is winning and I’d happily play 1-2-3-4 if it meant come May we were top of the league. Yes, we all know that Van Gaal’s preferred formation is 4-3-3 (my unborn child knows that’s his preferred formation) but you play to your strengths and with the players at our disposal right now, a midfield diamond, at least in my eyes, seems the best fit.

Blind holding, Di Maria and Herrera either side (God, remember when we staring down the barrel of a Fletcher, Cleverly, Anderson midfield) and for the moment in time anyway, Mata at the tip with Rooney and Falcao (still can’t say it without smiling) leading the line. Who plays in those forward three positions will no doubt be a source for much debate these coming months. For me though Van Persie hasn’t looked with it so far this season. Whether it’s his fitness, attitude or form, he just doesn’t seem right and, I know I’m probably in the minority here, but he’d start on the bench against Leicester if it was up to me.

I’d certainly rather that than watch Van Gaal try and shoe-horn Rooney, Van Persie and Falcao into the same team. Yes, I know Rooney can play at tip of the diamond but Mata deserves his chance to shine there. He was excellent against QPR. He’s been excellent when played in his preferred position more often than not and as I think Neville said in his commentary, he’ll excel even further with midfielders who are now prepared to run off him. He may not be blessed with a turn of pace like Silva or Hazard (neither was Scholes) but his link up play is exquisite and he’s the one I’d want providing the ammunition for Rooney, Van Persie or Falcao.

Last season Moyes did not once field the same team in successive games. The club has been crying out for consistency and the last thing it needs now is a different formation every game. Diamonds may not be forever. All I’m asking for is one season.

One response to “Diamonds are forever”