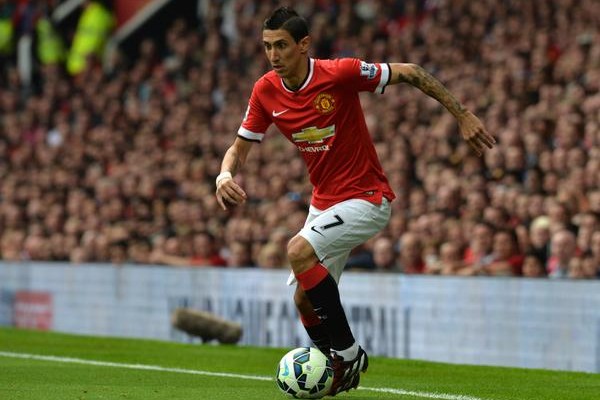 Like most of you, come Sunday evening I was a very happy man. After the first three games of the season and all the talk of unbalanced squads, panic buys and the club deserting youth policy, we finally got a chance to actually watch van Gaal’s new team take the field. We had all hoped of a resurgence. And what better opportunity than at home to a QPR side recently promoted? The opportunity was there to do what United do (but haven’t for quite a while) and ripped a side to shreds at home. I won’t lie, while I was hoping for such an outcome, the lingering effect from Moyes’ era has taught me to temper my expectations with regards to United. It’s sad but it’s true. There were so many false-dawns under Moyes that I begin to get worried when I’m actually optimistic. But Louis van Gaal isn’t David Moyes and this side is certainly not that which “played” under the Scot.

On Sunday we saw a return to the United manner of playing football. I’d be reticent to ignore that defensive issues still persist, and there were times where we looked loose, but the main point here is that these moments were few and fleeting, while the prevailing feeling from the game was that of a side comfortable on the ball and wanting to attack. There was a sense of balance and composure to the side, as well as security and strength, that hadn’t been seen from a United team in some time. The return of Ander Herrera as well as the debut of Daley Blind showed us a midfield combination so absurdly comfortable together that you’d swear they’d been playing together for years. It speaks volumes of the discipline and natural talent of these two in particular that they took to their task with such aplomb.

Blind especially impressed me in his first game in a United jersey. He was the linchpin for almost everything, launching attacks with a pass forward or out wide. He was equally impressive in defence, regularly intercepting QPR passes and nullifying their threat. His positioning too was incredibly impressive. Always aware of where he was on the pitch, Blind was never in a position to jeopardise the integrity of the team’s shape. He knew exactly where he was at all times and that sort of discipline and tactical nous is something that has been missing from our side for as long as I care to remember.

We also saw the real Angel Di Maria. No one expected much from him in his debut against Burnley as the side was still in the process of huge adjustment. In truth, the side is still a work in progress but watching the Argentinian pick up the ball in his own half and scare the lives out of the opposition with each touch and stride was a sight to behold. One of the great things about watching Di Maria is the fact that he’s always aware and always knows what’s going on around him. His beautifully lofted pass to Robin van Persie with the outside of his left foot illustrated this, and had the Dutchman been sharper he know doubt would have out it away.

Di Maria, as Gary Neville alluded to on Monday Night Football, just makes the team tick. Every time he strode forward with the ball he and the rest of the side looked more dangerous. This was aided by a return to a more familiar four at the back which along with Blind in the holding role, created a wonderful springboard for attacks. While there were shaky moments, there was much to be encouraged from in defence. Jonny Evans, so unconvincing this season, misplaced some early passes but grew in confidence as the game went on while Marcos Rojo looked settled and composed (though he was caught out by the overlap occasionally) in a left back role. Tyler Blackett was incredibly impressive too as he appears to go from strength to strength under the tutelage of van Gaal. The confidence and faith instilled in him by the Dutchman appears to have convinced Blackett that he deserves a place in the team, and his play is proving it. Bar one step over where he looked like he was leaving the ball for David de Gea, Blackett was on at all times and fully capable of clearing up any danger. He will get better and that is a delicious prospect.

One of the real high points of the game for me though was the performance of Rafael da Silva. The Brazilian is a player that has been at Old Trafford for years and one that United fans have been willing to do well for just as long. In the past, when he’s been good he’s been great but when he’s been poor he’s been woeful. He has swung from being defensively composed and an attacking threat to looking like he’s been dropped from the sky and asked to play a game he’s never watched before. With United’s lack of right-back options the opportunity was there for Rafael to finally seal the role as his own and on Sunday he went some way to doing that. Gone was the headstrong and rash challenges and instead we saw a tactically disciplined right back fully committed to the shape of the side. His passing was impressive and he was a threat on the wing too. Indeed, if he can push on he may find that playing under an attacking coach like van Gaal is just what his career needed.

Of course, it would be silly of me not to mention QPR. They were the opposition and are quite a poor side. We’ll have significantly tougher tests this season but you can only beat the side you’re playing. they threatened occasionally but it was encouraging to see that for the most part United were ready for to block their advances. United’s next test (away to Leicester) will be tougher but this was the perfect game to build confidence. It allowed the side to get used to each other and clearly they’re gelling together well. Indeed, the forthcoming fixtures give van Gaal’s side a fantastic opportunity to drag themselves up the table before October and November’s clashes with Chelsea, City and Arsenal. By that time, the issues of fragility that have haunted this team will still be relevant and we may see the side found out against that better opposition but it’s all a learning curve and this side will have another month’s worth of playing time together before those fixtures are worth worrying about. Simply put, games against the top teams are always tough and can often be decided by an inch, here or there. From what we’ve seen, van Gaal is slowly bringing United back up to that standard.

There’s still much more to come from this side and there are no doubt still some difficult moments ahead. They’re by no means the finished product and the manager himself would be the first to admit just that, but what we saw on Sunday was a vision of what this side can do. Sure, it was against weak opposition but with time and confidence, this looks a side capable of finishing very high in the Premier League. There’s more to come, there’s more pain to come too. But seriously, when was the last time you were this happy with a United match? What a difference a game makes…