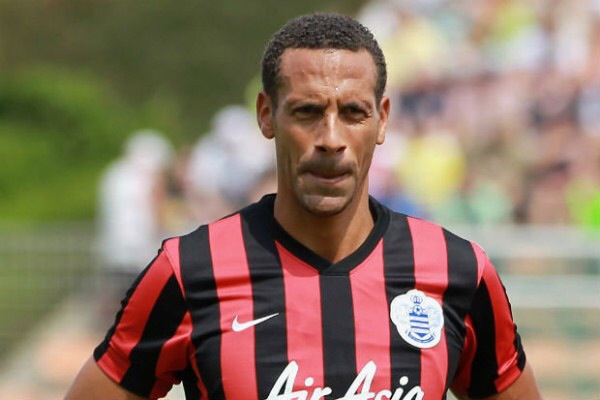 1.​What shape will United line up in?

Louis van Gaal has stuck with his tried and tested 3-5-2 formation in the opening four games of the season, but now he has most of his summer signings at his disposal there is a belief that he could well abandon that particular shape. He said this week that he would be ‘sticking to his philosophies’ but admitted that his formation is open to change. The signings of Angel Di Maria and Radamel Falcao do pose the Dutchman some interesting questions on where they fit into a 3-5-2. The Argentinian’s inclusion in the centre of midfield at Burnley was presumably only a temporary thing and the Colombian would have to oust two of Robin van Persie, Wayne Rooney or Juan Mata in order to make his way into the starting eleven. A loose 4-3-3 formation may be the way to go.

2.​Will there be a place for the impressive Tyler Blackett?

An injury to Phil Jones is the last thing United needed. Jones has been the most impressive performer of the opening three Premier League games and has taken to a back three relatively well. It is young Tyler Blackett though who appears to be most comfortable amongst a three-man central defence. He has looked very adept at bringing the ball out from the back, a trait which the Dutch manager is keen to have when playing three centre-halves. With the aforementioned Jones out for the next month or so and a back three still likely to be Van Gaal’s preferred choice of a defensive shape, then Blackett will likely start alongside Jonny Evans and newcomer Marcos Rojo.

3.​The potential demotion of Juan Mata

The arrivals of both Angel Di Maria and Falcao don’t just pose a question for Louis van Gaal in regards to the formation to play; they also place a question mark over the future of the Juan Mata. In either system the Spaniard is most likely to be the one to be pushed out of the starting eleven by the quality of the attacking players around him. Mata is not a player who thrives out wide and his play has looked slower than ever when playing off a front two of Wayne Rooney and Robin van Persie. When he left Chelsea in January he probably thought his benchwarming days were over, but it is most likely exactly what he will be doing tomorrow afternoon at Old Trafford.

4.​The return of Rio

Rio Ferdinand’s twelve years at Manchester United were, if nothing else, eventful. United fans will remember his role in setting the record for the most consecutive minutes without conceding in the English top division, his last gasp winner at home to Liverpool during a dismal season and, of course, his ‘5’ caps. He was a man who divided opinion when at the club. His failure to attend a drugs test saw him out of action for eight months and yet a further eight months later he was supposedly unsure on whether to sign a new contract with the club that stood by him. However, presumably it will be his extraordinary talent for defending that is the main thing that he will be remembered for by United fans. Rio was an ever present in United’s backline for a decade and was a big-game player who saved United, alongside his partner in crime Nemanja Vidic, on numerous occasions. The expectation is that he will get a warm reception from the fans he divided so much.

The Colombian is in line to make his Manchester United debut tomorrow and against a questionable back line at that. The striker’s record since coming to Europe has been outstanding and there is an expectation on him to have a similar goalscoring impact to that of Ruud van Nistelrooy. The Dutch striker scored a double on his debut against Fulham thirteen years ago and Falcao will be looking to equal that against Queens Park Rangers.