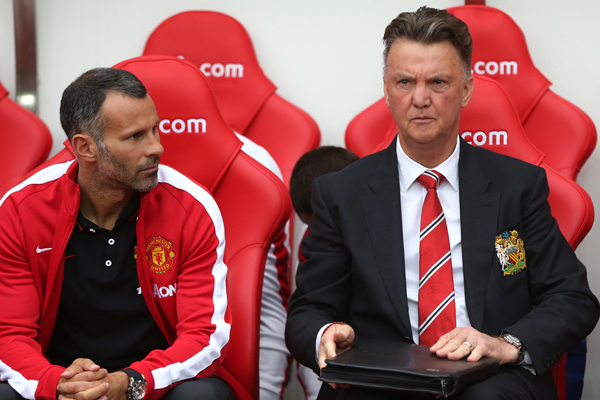 Is it over yet? Thank god for that. It feels like an age since the 2014/15 season descended into transfer deadline day/international break banality, with newspapers and social media having to invent even more gibberish than usual to entertain themselves.

United’s performances so far this season have hardly been stuff to live long in the memory, but it’s almost hard to remember much of what happened in the Sunderland and Burnley games. The other two I don’t even want to remember.

But maybe this is all for the best. Sure it’s been a slog full of made-up transfer stories (people are STILL trying to claim that we signed Radamel Falcao), bleating and whining about want-away players who forced through a transfer (something that’s apparently forgiveable if you’re ‘Dat Guy’ rather than ‘Wayne Rooney’) and the endless tedium of England fixtures, but it could work in Louis van Gaal’s favour.

For various reasons that are largely the fault of Ed Woodward and the Glazers, van Gaal has suffered a bit of a false start to his United reign. Whereas he’d have loved to have assembled this squad by the start of August, he’s had to grind his teeth through an injury crisis and the reality of playing Anderson twice in his first four games.

But now he’s possibly got Luke Shaw, Ander Herrera, Marcos Rojo, Daley Blind, Angel Di Maria and Radamel Falcao all available to play against QPR, with five of those yet to make their debut. It could be a very different United we see on Sunday. Let’s face it, it needs to be.

What van Gaal needs is to tell his players to press the reset button. Forget everything that has happened so farand treat this as the start of the season. It’s the chance to go out and show what the new Man United are all about, to write off what’s happened so far as a hideous reprise to the David Moyes Year.

One of the ways that United fans have been entertaining themselves since deadline day (apart from learning the Falcao chant off YouTube) is working out what formation will fit our new signings in. Well, probably not what formation, we know what that is going to be, but what arrangement of players.

Phil Jones and his fondness for charging into a tackle like a kamikaze pilot may have scuppered some of the plans after he picked up an injury for England, but with Rojo to come into the team and Blind a possible other centre-half alongside Evans (gulp) or Blackett, we might be ok.

But basically, I’ve got no idea what I’m talking about here. And that’s the exciting part of this new season we’re about to start (run with me on this). We’ve got a new formation, a new manager, half a new team, and probably only Louis van Gaal knows how he wants it to work.

All I’m asking for is this crazy new era to start actually being fun on the pitch rather than just (grim) fun on Twitter. There’s no point spending £76705 million pounds and still letting Blackett and Evans hoof the ball up to the opposition left-back.

So come on Louis, the season starts now, let’s get going.