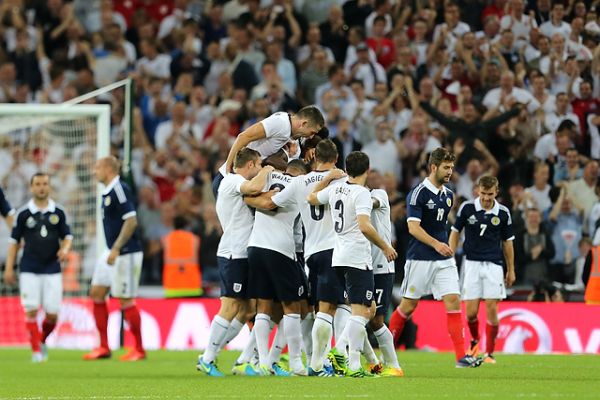 If in-game gurning was a sport Phil Jones would be the nation’s darling. An undisputed champion, the poster boy for facial contortionists throughout the UK.

Unfortunately, it’s not. Football is Jones’ sport and it’s fair to say he’s been having a tough time of it of late.

When United signed a then 19-year-old Jones from Blackburn for 16.5m, a few eyebrows were raised (probably his). I remember watching that commanding league debut of his against Chelsea though, just a month after turning 18, and thinking to myself ‘wow, this boy’s going to be England’s first choice centre-half for years to come’.

When the transfer went through a colleague of mine who was a season ticket holder at Ewood at the time said we’d got ourselves a bargain and I was inclined to think the same (if £16.5m can ever truly be considered a bargain). ‘Future England captain that lad’ I told anybody who cared. Few did but that didn’t stop me from talking up Jones at any given opportunity.

During the Burnley game a photographer I know, situated in front of the United fans text me saying Anderson and Jones were being singled out by a section of fans for criticism.
Anderson? Young children didn’t want his autograph after the game, I get that.
Jones? I was genuinely taken aback. And herein lies the conundrum. How has an 18-year-old defender touted for great things by football’s great and the good suddenly become a figure ridiculed not just by opposition fans but by some of his own? Type ‘Phil Jones’ into Google. ‘Phil Jones Faces’ comes up before ‘Phil Jones Footballer’. There are Twitter feeds, Facebook pages dedicated to the many faces of Phil Jones. At what point though does Phil Jones the footballer become the main topic of discussion again? This season?

Jones has made 100% of his tackles so far this term along with 17 interceptions, five more than his nearest challenger.
Against Burnley, aside from giving away a clumsy early free-kick, I thought he was excellent. His distribution was sloppy at times but he didn’t give Danny Ings a sniff and for the most part he played with a composure and poise that belied his 22 years.

Yep, he’s still only 22 years old and that’s worth remembering. Bloody hell, at 22 I was living at my mum’s, knocking back bottles of blue WKD and still thinking I had a chance of being the Lancashire Liam Gallagher.

I don’t have the stats to hand (it’s late and I don’t have an assistant yet) but I’d be interested to know how many games back-to-back Jones has played at centre-half. It can’t be more than a handful.

Under Ferguson he was shifted from centre-half to right back to defensive midfield and back again. Injuries to Rafael last season meant Moyes employed him at right back more often than not. Even for England he’s been shuffled all over the place and he probably didn’t help his case against versatility with an impressive midfield display versus Spain in 2011.

One of the major criticisms labelled at Jones is his positional sense. And that’s being kind – lack of a footballing brain is how many put it. How is anybody supposed to learn positional sense when they are not played in the same position week in week out? It’s all good and well knowing more positions than the Karma Sutra but experience is key. Surely even the likes of Moore, Baresi, and Cannavaro weren’t world class central defenders after just one season.

Obviously, injuries have also played their part in stunting his development. Throwing himself into challenges like a rag doll on speed hasn’t helped but he’s a young lad, still growing. To be that age undergoing intense training sessions, in between playing 90 minutes in one of the fastest and most physical leagues in the world, there’s bound to the injury setbacks.

Hopefully this season we’ll finally get to see the real Phil Jones.
My only concern is that he’s hardly surrounded by experience. De Gea’s 23, Rojo’s 24, Smalling’s 24 and whilst Evans is 26, he’s hardly been a picture of calm so far this season.
A full season alongside somebody of Vidic’s stature and experience would have been invaluable for his development but that Serbian ship has sailed and so it’s time for Jones to stand up on his own and be counted.

Now, I am writing this before England’s game against Switzerland so you can pretty much guarantee Jones will either a) fall on his arse, gifting Switzerland a winner b) injure his ankle in the first two minutes needlessly hurling himself into a challenge or c) get sent off for gurning.

Regardless of what happens during the England game, Jones, at least in my opinion, should be given a fair crack by United fans. I still believe he’s a future captain of the club and England. It’s now time he shows it.