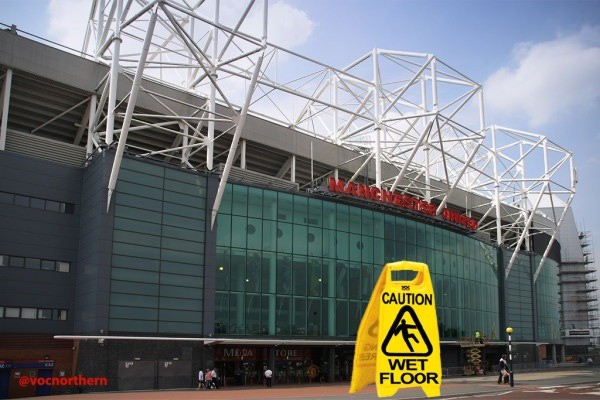 There is no doubt that Manchester United flexed their financial muscles during the summer transfer window — but was it making up for lost time or was the board concerned about league placement?

Last season’s poor league showing highlighted just how fragile and limited the United squad was, and there was never any question that upgrades were needed — but nobody could’ve expected what Ed Woodward and Louis van Gaal pulled off.

Van Gaal is a proven, respected manager, who saw cracks of mental weakness and physical ability — and wielded the proverbial axe and made wholesale changes to a weakened United team.

Woodward and David Moyes were not a formidable partnership, which was down to inexperience more than anything. So far, van Gaal and Woodward look to be on the same page. A list of targets were set forth – knowing that the majority of them would be unattainable for one reason or another. With LvG, he is smart (or humble) enough to know that even though you are one of the biggest clubs in the world, you cannot have a fantasy list of transfer targets. Conversely, Moyes probably gave a list unrealistic targets leading United virtually unproven Executive Vice Chairman on an unfruitful witch hunt. A year on, and humility learned, Woodward was more proactive and has established relationships with clubs, so it seems. The bullish mentality that ‘We are Manchester United and we will do what we want’ is something that hasn’t happened this year. To Moyes’ credit, he laid the groundwork for two transfers – Anders Herrera and Luke Shaw.

Due to his involvement with Dutch at 2014 FIFA World Cup, van Gaal didn’t have a full transfer window to work in. A lot of the business for the summer transfer window, especially with a major international tournament, is done in the months leading up. So, it would be safe to expect an even better one in January or next summer.

Angel Di Maria and Ramadel Falcao are world class players, and the type of players who can turn around the disappointing start to this season’s campaign. The other signings — Marcos Rojo and Daley Blind — are outstanding talents, too, and will definitely add quality to the struggling United team. New faces, especially proven players, will, not should, inject new life and excitement to the current group of players. In an ideal world, success will be immediate but, reality usually proves otherwise. As van Gaal has stated all along, patience and time will be needed for this squad to gel and start producing results.

On paper, Manchester United now have a squad full of new life, talent and promise — but, as they always say, proof is always in the pudding!