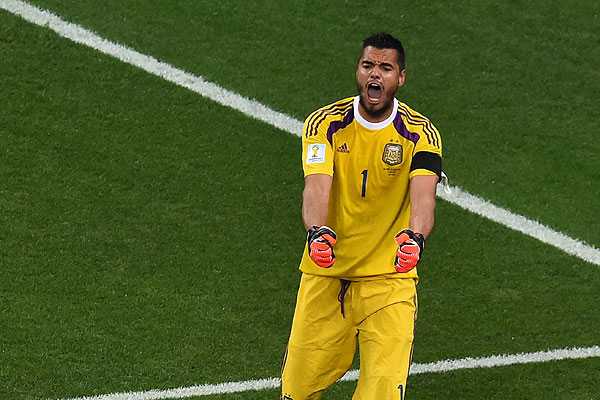 Sampdoria goalkeeper Sergie Romero has denied suggestions that he rejected a move to Manchester United on transfer deadline day.

Reports emerged that Louis van Gaal wanted to strengthen back-up options for David de Gea but the Argentine was believed to have turned down a move.

“I’ve had two or three possibilities but none of them were positively concluded,” Romero told Il Secolo XIX. “I’ve not asked more money to go to Benfica and I’ve read I would have refused United. But in your opinion, there is someone able to refuse one of the world’s top club?

However, with the 2014/15 Serie A season underway, Romero will now put all of the speculation behind him in attempt to continue proving himself under manager Sinisa Mihajlovic.

“I want to show my value here, so I’ll be able o find my space,” added Romero.

“I’ve spoken with the president, the sporting director and coach Sinisa Mihajilovic, who told me that should I do good things, he will give me an opportunity.”