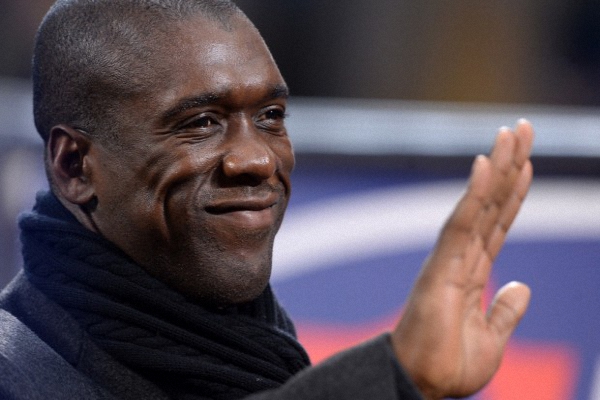 Mike Phelan, the apparent manager for the last five years of Sir Alex’s reign in his words, has been fairly outspoken since he was relieved of his duties, namely bellowing instructions from the touchline in those retro 80’s short-shorts and putting out the cones for training.

This week he lamented the deadline day decision to sell ‘dat guy’ to the Gooners and claimed that Manchester United’s identity was ‘broken’. It’s not like we’re never going to produce another academy player or sell the ones who do not make the grade. It is part and parcel of football, and frankly, Van Gaal’s ruthlessness is making up for the last few years of ‘getting by’ and hoping for the best with players who do not cut the mustard as Manchester United players in the interests of ‘fairness’. Pish.

Anyway, I didn’t hear Phelan spitting the dummy out when Tom Lawrence went to Leicester on the same day. Getting world-class talent in Falcao and thus promoting a more natural goalscorer in James Wilson will ensure that ‘dat guy’ will be a distant memory if they manage to fire.

Phelan tangent over. His comments got me thinking. Alright he, like some of us, will have been sad/disappointed at Welbeck’s departure as he had overseen his development from gangly boy to man, but United’s identity will not be broken under Louis Van Gaal.

Look at the academy graduates that he has already introduced to the first-team: Lingard, James, Blackett, Pereira, Janko, Wilson. OK, a few of those may have got scarred by the abomination in Milton Keynes, but Blackett has looked all the part a United player, as has Wilson. But it just goes to show that Phelan’s quip is seriously premature, especially after just one transfer window where the purchase of world-class talent was long overdue.

I’m surely not alone in my confidence that Van Gaal will restore United’s strength and uphold their long-standing tradition of bringing through local fruit, it’s part of that P word he likes to emphasise. It’s just what he does.

Van Gaal can be credited with making the outstanding careers of numerous legends of the game and those on their way to greatness. So when I had to whittle down the exhaustive list of Van Gaal’s academy products to my top five, it was like getting your missus a birthday present without the slightest hint- virtually impossible!

At Bayern, he made Bastian Schweinsteiger, who has won the lot and turned him into one of the most dynamic midfielders in world football today. He made Toni Kroos, who was ironically shunned by Louis Van Gaal this summer, into one of the best craftsmen and a World Cup winner at just 24, after which he secured a lucrative move to Real Madrid.

Edwin Van Der Sar, who turned out to be United’s best modern-day keeper since the Great Dane, churned out quality performances in Amsterdam before earning a move to the Old Lady Juventus.

Van Gaal’s changing of the guard at Barcelona meant that he trusted a young midfielder by the name of Xavi to be Pep Guardiola’s successor in the engine room. Some big shoes to fill. Xavi has been a mainstay ever since, and his longevity in the game is something to be admired. He has made over 450 appearances for Barca and will go down as one of the all-time greats.

About as uncompromising a defender as they came. Over 500 appearances in Barcelona’s first-team and was generally considered the benchmark for quality centre-back play. One of Van Gaal’s trusted individuals and captain of Barcelona for over a decade.

Van Gaal recently lavished Iniesta in the ultimate praise that he was the best player he had ever worked with so who am I to argue with Van Gaal’s logic? All those top 3 in this list have got over 100 caps for Spain, but Iniesta is the one one of the best playmakers today.

Well known for his fear of flying but more so for transforming Arsenal into a fluid team full of attacking flair. However, an understated part of Bergkamp’s history was his outstanding goal return for his first club Ajax under Van Gaal’s tutelage where he plundered 103 goals in a mere 185 appearances before securing that move to Arsenal. A truly outstanding footballer.

Another one of football’s stellar names and one of the most gifted footballers of his generation. Another one to come through Ajax’s famed academy. He won the Champions League with three different clubs and had a distinguished career for club and country.

So this list of five, and there could have been many more who made this list, just goes to show that Louis Van Gaal believes in youth, and the identity of United will not be broken under his leadership.

One response to “From La Masia to Amsterdam: Van Gaal’s Top 5 Academy Products”