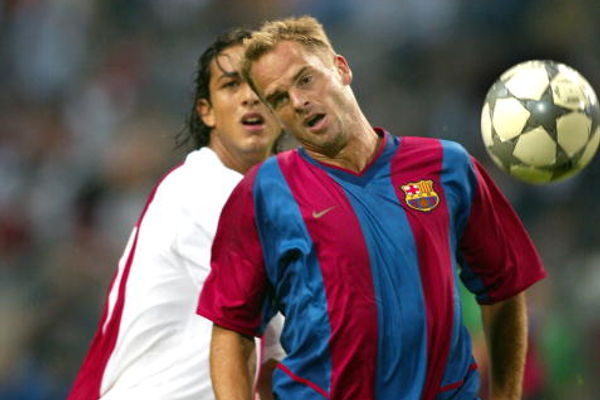 Louis Van Gaal has already drawn much adulation from the United fans, despite an inauspicious start to his United tenure as far as results are concerned, by his dealings in the transfer market, give or take the Welbeck transfer- which is still surrounded by much debate- aberration or justified.

Van Gaal has started the rebuild that David Moyes failed to make headway on, a few players aside (I’m looking at you Ashley Young, Anderson and Fellaini) we have managed to dispense of the deadwood be that temporarily or permanently and we have bought players who are of the standing that we expect and should bring us back to our familiar grounding of European football as a bare minimum.

There has been much conjecture and hype about who will have the most telling impact out of Shaw, Rojo, Blind, Herrera, di Maria and Falcao. Trivial it may be, but the new additions have the capabilities to transform the trials and tribulations which initially blighted the post-Ferguson era.

We will hopefully see them make similar contributions to five others who Van Gaal trusted at his previous managerial stints at club level.

Yes, Litmanen is an ex-Dipper but his time in Holland was very favourable.

Despite a sticky start to his career at Ajax, having previously been rejected by Dinamo Bucharest, Litmanen eventually shone after his transfer from Finnish football. Litmanen was entrusted with being Dennis Bergkamp’s replacement, no easy boots to fill. He took Bergkamp’s coveted number 10 jersey, scoring 26 goals in an attacking midfield position was sensational which led to Ajax winning the title under Van Gaal and Litmanen collecting the player of the year award.

Gary Neville once professed that Overmars was his most difficult opponent and made him wake up in cold sweats. But that was after Overmars had made his name under Van Gaal at Ajax, like Litmanen.

Overmars’ direct wing-play made him a tough proposition with searing pace, Overmars, like Litmanen, was part of the Ajax side that won the Champions League against a very strong Milan side. He was a major part of the side that won the Dutch league by a mammoth 25 points in 1994. He was linked with a move to United in 1995 but stayed loyal to Ajax, before securing a move to England and Arsenal in 1997. He scored 36 goals in 136 appearances for Ajax.

de Boer was one of Van Gaal’s most trusted lieutenants, after over 300 appearances for Ajax, de Boer followed Van Gaal to Barcelona and struck a promising partnership with a rookie who went by the name of Carles Puyol. de Boer spent four years at the Camp Nou and proved to be a great mentor for Puyol.

I know what you are thinking, ‘this guy? You’ve got to be joking?’ But yes, Mounir El Hamdaoui, the flop signed by Martin Jol at Spurs who never made a Premier League appearance for the North London side.

Yet he gave Van Gaal arguably his greatest achievement in football. El Hamdaoui’s goals led Alkmaar to only their second ever Dutch title and defied the odds. El Hamdaoui beat a certain Luis Suarez to the golden boot and amassed 50 goals in 80 appearances which earned him a move to Van Gaal’s old employers Ajax.

After a largely disappointing spell in Madrid, Van Gaal trusted his fellow countryman and secured him a move to join him at the Allianz Arena. Since his spell in Germany, Robben has terrorised defences on both domestic and international scales.

He has taken his game to a whole new level and Van Gaal and Robben are two large reasons which explain Bayern’s period of hegemony and unrivaled dominance since the Dutchman’s appointment. Robben’s golden moment in a Bayern shirt came in the 2013 Champions League final, where he scored a last minute winner at Wembley against Dortmund.

These five transfers strike strangely familiar chords with our activity this summer:

Litmanen was a clever playmaker with the potential to get the odd goal- we will hopefully see this once Ander Herrera recovers from injury.

Frank de Boer was a versatile defender all left foot- much like Daley Blind.

El Hamdaoui was a goal getter who benefited from quality service from the flanks- Radamel Falcao’s currency is goals, and doubtless we will see plenty of them from the Colombian, who is a real quick fix.