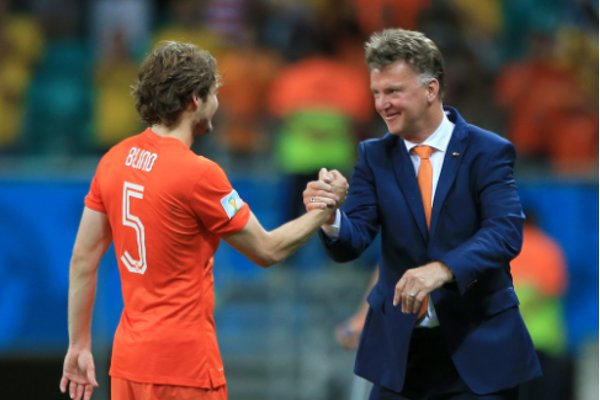 There are some players that when your club signs them, you just know. You either get that niggling feeling that something’s not quite right, that it’s doomed to fail or that feeling that all is well with the world and that the whole situation just fits. United have had plenty of signings over the years that have instilled in me the former – Berbatov, Kagawa, Ricardo Lopez, the list goes on. Players, especially the first two mentioned, that should have prospered at the club but that you just got the feeling that it wouldn’t end well. Players that were the footballing equivalent of those fancy exotic spices you bought when you were at the checkout before leaving the shop. You knew you didn’t know what to do with them, but they were just too alluring to ignore, especially after watching some twat on the tele cook something delicious with them the night before. In the end, despite your best efforts, they’re left to sit on the sidelines while you stick with good old salt and pepper; familiar, safe, trustworthy.

But for all of these players there are the ones that you just know (or think) things will work out for. David de Gea was one, despite (or perhaps even partly thanks to) his difficult start at the club always had that aura that suggested he had the mentality and flair to flourish at United. The latest player to bring back similar emotions is not Ander Herrera, Angel di Maria or Radamel Falcao (though I do think they’ll all be huge successes) but one Daley Blind, former Ajax captain and current Dutch footballer of the year.

Blind’s transfer to United had been mooted since the World Cup. United’s need for midfielders and cover at left-back made people add two and two together and come to the conclusion that it would make a lot of sense for van Gaal, Blind’s national team manager at the time, to attempt to recruit the left-back/centre-midfielder to join his new project at Old Trafford. While things went quiet while United prioritised other deals during the summer, it was acknowledged that that the deal could go through if/when United decided to go through with it. And so it was, on Monday, while almost everyone talked about Falcao’s prospective deal, Blind arrived at Carrington for his medical and to complete a deal that will see him at the club for the next four years.

Straight from the off, I just felt that the transfer fit. Blind, coming from one of football’s great institutions in Ajax, has been raised playing football the right way. Ajax are famous for having a consistent footballing philosophy of possession and technique, fluid and attacking football. This is encouraged and coached from the senior side downwards, the club breaths it. Blind has been a part of it since he was a child and, while it’s not always a great barometer, he has it in his blood too. His father, Danny, captained Ajax and during his time at the club became the only Dutch player to win every international club competition recognised by FIFA and UEFA. That’s pedigree.

As part of Ajax’s rich tapestry, Blind has been nurtured knowing only one way to play. Becoming friends with the ball, keeping it close and using it to your advantage at all times. This is evident in his willingness to receive the ball in most situations and his comfort in playing in either defence or midfield. Blind, much like Philip Lahm, is simply a very good footballer. Just as at home in a holding position in front of the centre-backs, or to the left of them, he’s extremely technically accomplished and it is evident in his confidence on the ball. This is a generation of Ajax youngsters that have had the honour of being trained and coached by the great generation of the late 1980s into the mid 1990s. Players that, like Blind, were brought up through the club, learned at the club, conquered at their club.

Learning from this sort of footballing royalty can only be beneficial and so seems to be the case with the 24 year old. His array of passes, ability to recycle the ball quickly and strength on and off the ball are the result of someone who has learned from many, and taken a little bit from all of them. This is one of the reasons I feel he will fit seamlessly into how things work at Old Trafford. United and Ajax, at their cores, share a common philosophy of football played the right way. While not carbon copies of each other, they both encourage youth development and creativity in their players. While there will be a period of adjustment for Blind, the two similar philosophies along with the buffer that is Louis van Gaal, means that the Dutchman will probably not take long to feel at home.

Van Gaal bought Blind because he trusts him, he knows what he can do. He fulfilled the role set out for him during the World Cup in Brazil and did so impressively. His versatility is his major strong point, although comparisons with John O’Shea are slightly wide of the mark. While O’Shea was an accomplished utility player at United, Blind is a more well-rounded footballer. Not so much utility as multi-positional. He joins the squad at a time when they are short in both midfield and defence and as such will probably be called into action regularly over the season. United’s shortcomings, and van Gaal’s propensity to switch things around during games, means that Blind’s versatility will no doubt be utilised quite often. For a team getting to grips with van Gaal’s techniques, having someone like Blind is invaluable.

Here is a player who was coached at national level by van Gaal and knows his system inside out. While van Gaal pointed out that he likes his captain to be his voice on the pitch, it would be surprising if Blind didn’t at least give his new team mates some pointers on how the coach likes things done. He is a useful link for van Gaal between his last successful system (with Netherlands) and his new, growing yet currently unsatisfactory system at United. He will be helpful to team mates and coach as both get used to each other and it’s quite obvious he’s already got chemistry with one of the squad, ahem. On top of all of this, have you seen him?!

I have a seriously good feeling about Blind’s future at United and I feel that under the continued tutelage of van Gaal and being surrounded by the likes of Di Maria, Falcao and van Persie will only aid him technically and competitively. Of course, you never know. It could go horribly wrong but for some reason, I really think it won’t. For me, Blind at United just fits, I hope he proves me right.