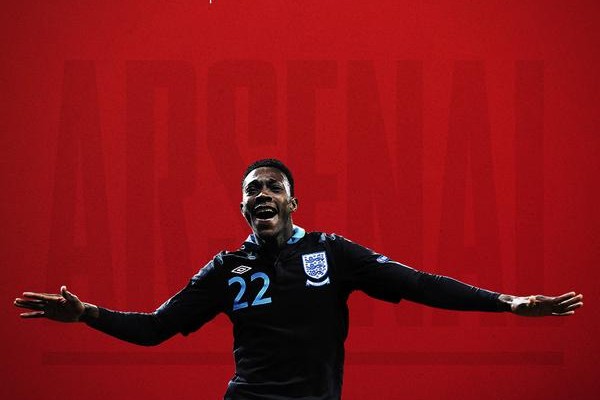 Danny Welbeck has left Manchester United and the love fest that has ensued could make some supporters a bit hypocritical, kind of like the one with Nemanja Vidic.

Why? Well, it is to believed that United only wanted “Welbz” to go on loan, but he wanted to make the move permanent and has almost referred to it as a dream move to Arsenal — a direct title rival.

Now, another player, who goes by the name of Wayne Rooney, and who isn’t a United fan, got absolutely ripped for wanting out of the club — how is it different?

It’s not. Rooney and Welbeck are very similar if you stop and think about it. Rooney was playing out of position and in and out of the team. The only thing different is Welbeck is from Manchester, and Rooney isn’t.

To me, that makes Welbeck wanting out even worse. The kid, which he still is at 23-years young, was living out Manc’s dream — playing for United. Why not stay and fight? Or, go and show what you can do by earning valuable time on the field and then come back? Remember, it was his choice to leave. Louis van Gaal said that he told the players his assessment and their place in the side and let all of them decide what to do. Those conversations were private, yes, but everyone can presume what was said. Bit part role from the subs’ bench, behind van Persie, Rooney and now Ramadel Falcao. Don’t kid yourself and think the latter of there’s recent move pushed Welbeck over the edge to Arsenal — he was gone well before that. He chose, depending on the “reliable” tabloids you chose to read, a permanent move to Arsenal over a loan move to Tottenham. That’s not strange? He chose a title rival over a non-title rival, right?

I love(d) Danny Welbeck when he was at United, but I love all United players who wear the famous red shirt. (Well, everyone besides Anderson — that’s a another topic!)

Now onto Vidic, the club captain, and tough-as-nails defender. He signed a contract in the midst of the worst, most tumultuous season for United since the Premier League began. We all loved how he put his face where most wouldn’t put their foot, but he jumped ship when the club needed steadying. That, to me, was underrated and overlooked in the turmoil that was oozing out of the walls of Old Trafford.

How was that worse than Rooney? Again, it wasn’t — and, like with Welbeck, it could be the opposite. Vidic was the coach on the field and the leader in the dressing room — and his behavior was not even remotely close to that of a characteristic of a club captain. Yet, some fans despise Rooney and didn’t want him as the new captain. Rooney, with a few other exceptions, was the only player to put in an honest effort in the 2013/14 season, more than Vidic could say.

In his final game, Vidic got clapped off the field, but Rio Ferdinand, who was equally important to our success in the last decade, was overlooked. Why? Because Rio, like Rooney with Manchester City, had his head turned by the big money of Chelsea.

The body of work, both on the field and off the field, is usually similar between the higher echelon of players — for any club, not just Manchester United — so you supporters need to tread lightly with their praise for some while criticizing others for doing the same thing.