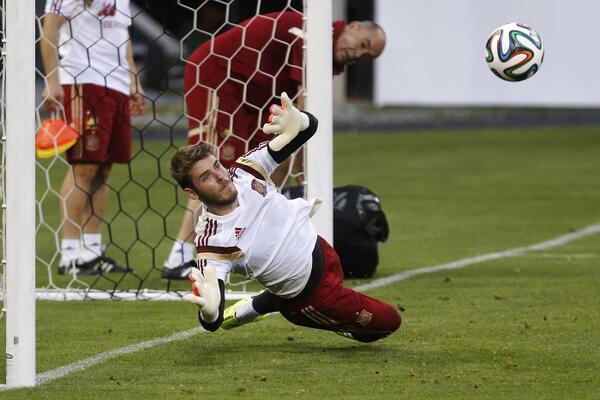 There were less positives tonight as far as Manchester United players on international duty are concerned. Last night, Angel Di Maria popped up with three assists and a goal while England won thanks to a Wayne Rooney scoring from the penalty spot.

David de Gea started his first game for Spain but was unable to prevent a 1-0 loss to Patrice Evra’s France.

Elsewhere, Netherlands lost 2-0 to Italy, with both Robin van Persie and Daley Blind in the squad. Adnan Januzaj featured in Belgium’s 2-0 win against Australia.