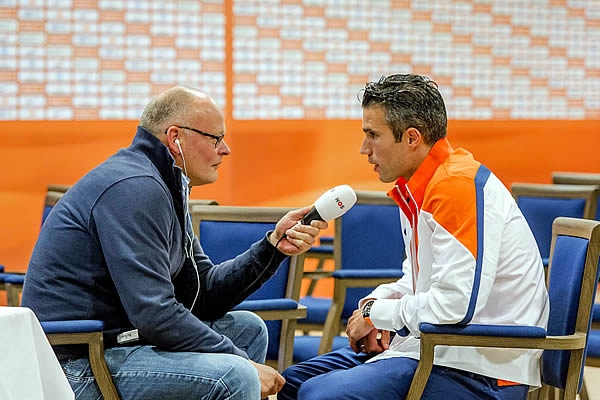 On deadline day it was reported that Robin van Persie needed an operation on his knee and fans thought it made even more sense to sign Radamel Falcao on loan. The player himself has since denied such an injury and warns the new signing that a starting place up front at Manchester United will not be easy to secure.

Falcao has already given analysts a headache with the majority wondering how he fits into Louis van Gaal’s plans. It is not something I would be overly worried about and while it is upsetting to see Danny Welbeck leave the club, we have upgraded by some margin.

In response to the Colombian’s arrival, Van Persie said: “Falcao must fight for his place, as I also have to. We must duke with Wayne Rooney and James Wilson to see who is playing.”

This is the type of headache every manager in football dreams of. Questions like ‘who is best suited to an alternative role’ or having enough options to avoid burning out of any key player. Saying that, Manchester United are without Champions League and Capital One Cup football this season, so games are few and far between.

Whatever our preferences are, Louis van Gaal has his own, and we could all argue about it all day. United now have the best selection of strikers in the league so there are no excuses for a lack of goalscoring.

Regarding speculation over a supposed knee operation, Van Persie continued: “I can say with my hand on my heart that I won’t be in a hospital to have an operation.”

That is huge news for United. After the international break, Van Gaal will hope to see the injury list reduced in numbers and Marcos Rojo approved of his work permit. The club needs to hit the ground running.

Meanwhile, Danny Welbeck have given his first interview as an Arsenal player.