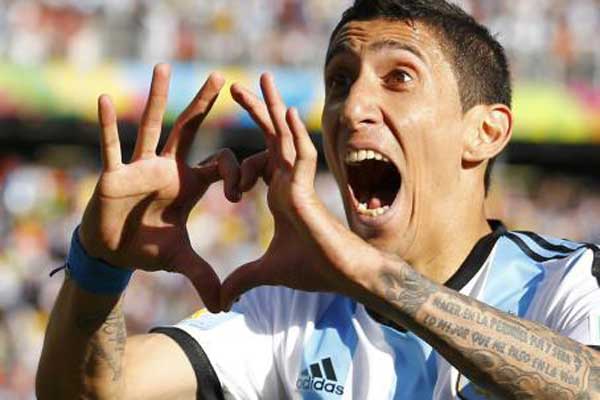 Angel Di Maria was the star of the night scoring one and assisting three goals against World Cup champions Germany in an international friendly.

The first cross was converted by Sergio Aguero and the second volleyed home by Tottenham Hotspur’s Erik Lamela. That was not it in terms of a score fest as Di Maria popped up with another assist for Federico Fernandez, but 3 minutes later the new Manchester United signing got his own name on the score list.

Elsewhere, England beat Norway 1-0. It was Wayne Rooney’s first international cap as captain and his goal from a penalty proved enough to claim victory while Phil Jones was the only other Manchester United starter on the pitch.

Tomorrow night we will have more updates from those on international duty. Red tinted, of course.