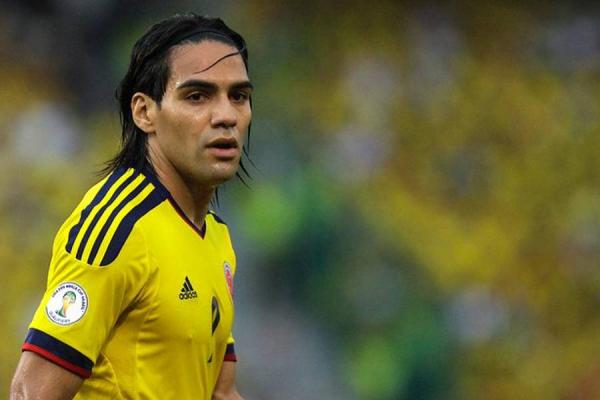 Monday 1st September 2014 was always going to be a special day in every football fans diary. It’s a symbolic day, one which wouldn’t be the same without Jim White, clips from every training ground you could possibly imagine & Harry posing from his car window.

The colour of yellow equally dominates our viewing on Transfer Deadline Day, so it was particularly fitting for the biggest headline act, a player who dons a yellow jersey for his nation, to choose the red side of Manchester for the upcoming domestic season. Welcome, Radamel Falcao!

From a neutral perspective, Radamel Falcao has always been considered one of the best strikers in today’s plethora of footballing talent.

In some respects, he has the same presence and goalscoring ability as one of my idols as a kid, Marcelo Salas. I remember United being linked to him a few times but nothing ever materialised, as Italy & Spain were seen as the ideal locations for South Americans to flourish. I had mistakenly put Falcao in that bracket, I just never thought we’d ever see a player like him in England. No words could describe how glad I am to be proven wrong. I am both ecstatic and enthralled by the prospect of seeing such a great striker play in the Premier League.

To have a player of his calibre operating under the guidance of Louis van Gaal is a scary prospect, more so when you put him alongside the likes of Robin van Persie, Rooney, Mata & Di Maria. I would even put Januzaj & James Wilson in that category, simply for their raw talent and future potential.

The attacking threat that Manchester United now possess is a daunting prospect for many opposition teams, to which few can rival. Has the fear factor finally returned to Old Trafford? I suppose time will tell if this is really the case but the signs are promising.

Looking specifically at Falcao, there is no need to debate what he brings to the table. He is a proven goalscorer, nobody can deny this. Statistically, not many in Europe can boast the same lethal instinct in-front of goal:

His predatory instincts in the opposition box are truly admirable, having proven he can adapt and score goals in five different countries thus far, including a stint in his native Colombia and Argentina prior to moving to Europe.

I don’t think we’ve ever replaced Ruud van Nistelrooy since he left, but Falcao is the closest we’re ever going to get to that. Whilst Rooney & van Persie will always look to drop deep, Falcao will always turn & run towards goal. He’s not particularly interested in setting up others but I doubt very much the manager & coaching staff will be concerned by that in the slightest, considering we have a myriad of creative talent elsewhere in the team to gladly compensate.

He has on occasions suffered a dip in confidence during baron spells in-front of goal, but I’m quietly confident that he won’t go too many games this season without scoring.

In fact, I’m very confident that Falcao will be a huge success for Manchester United and I, alongside every other United fan, will get behind our new Number 9. Whilst some pundits will argue he is not what we need, I believe we have secured one of the best deals this summer. Yes, it would have been great to see some defensive additions, but let us all take into account what we have managed to achieve this summer – without Champions League football. It’s been nothing short of sensational, more so when you compare this to our previous summer dealings.

So please join me in welcoming our Radamel Falcao et all to Manchester United and let’s get behind our boys this season, win lose or draw.